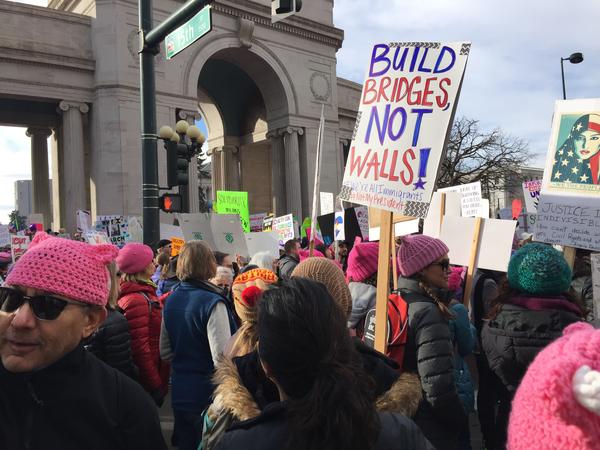 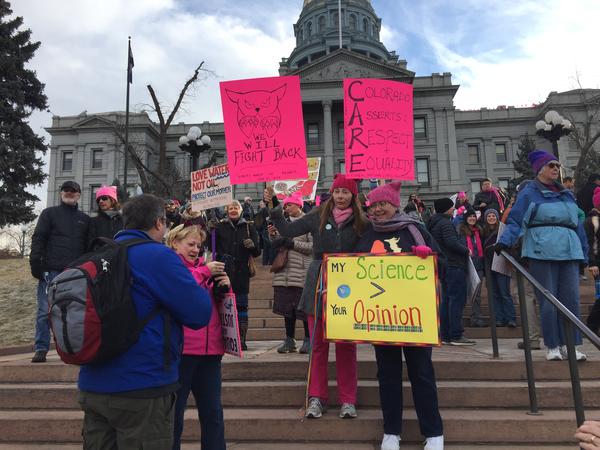 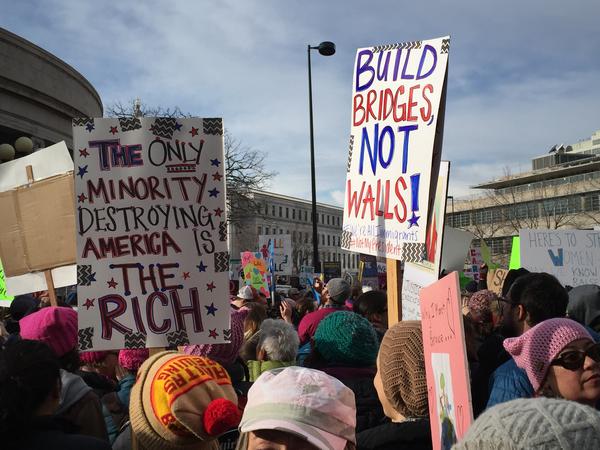 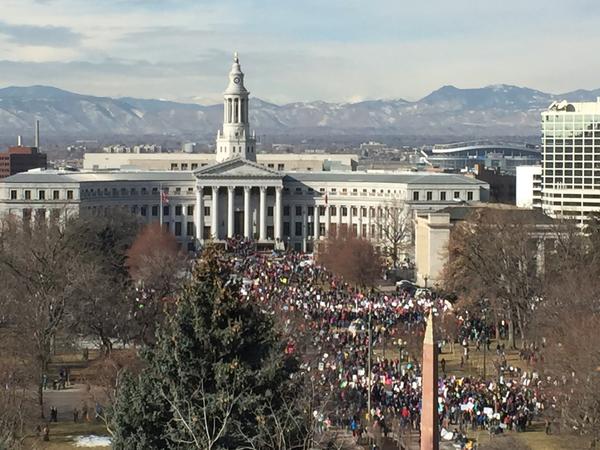 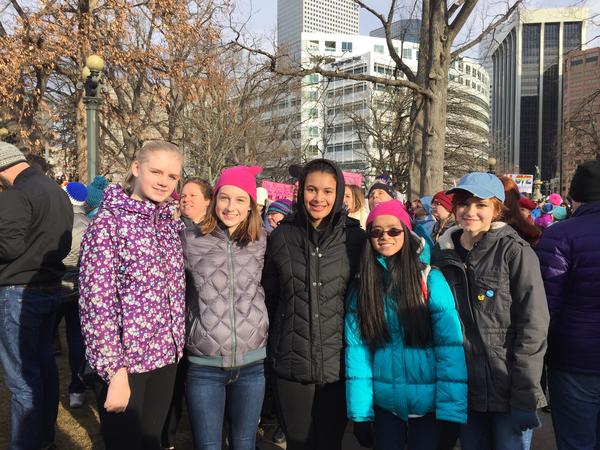 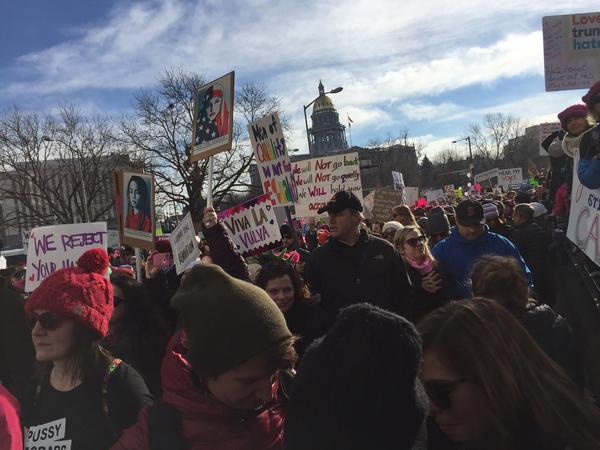 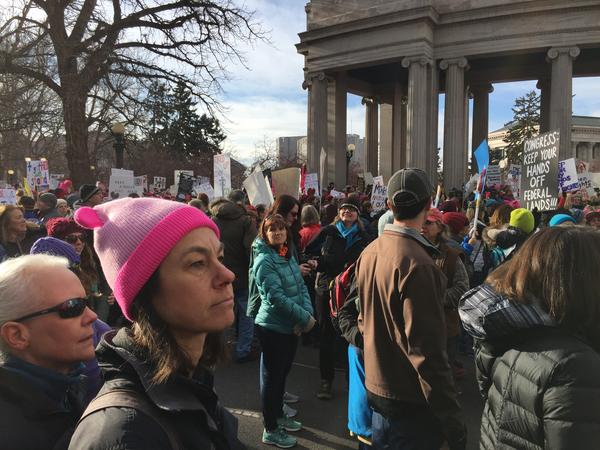 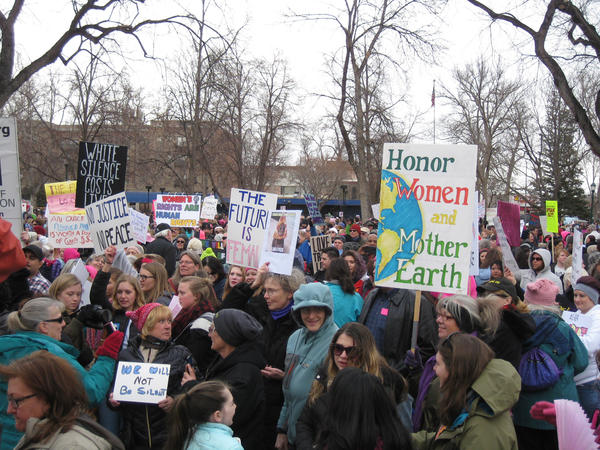 Andrea Chalfin / KRCC Many made the trip to Denver, but others chose to march in other parts of the state such as Colorado Springs.

Thousands of people gathered in Denver on a sunny, crisp Saturday in January for a planned rally. Many in the crowd, made up of about 80 percent women, held up signs such as “Lets [sic] Make America Smart Again,” “We Shall Overcomb,”  “Build Bridges Not Walls” and “We need a leader not a tweeter.”

Similar women’s marches took place on Jan. 21 in the nation’s capitol and across the world as part of a larger, coordinated movement.

“It’s supporting each other and supporting those that we’re worried about,” said 72- year- old Kay Long from Coal Creek Canyon in Golden. Women made up 80 percent of Saturday's crowd, and most of them were white. Trump won that demographic with 53 percent of the vote. Long  said those election results empowered her to be more politically active.

“This is my first march ever,” she said. “This is the first time I’ve done anything like this. I’m going to work very hard to get more Democrats elected.”

It was also the first march for a group of high school students from the Denver School of the Arts.  Sophomore Anna-Claire Schultz said even though most of her classmates aren’t old enough to vote, students are very engaged.

“Most of our school is pretty unified in the idea that he’s not fit to be president and that what he’s doing, and what he’s seeing, is in no way making America great,.” she said.

Her friend, Emery Volkert agrees, but also cautions against going too far.

“We just have to remember that everyone is entitled to their opinion, and dividing the country more is only going to make it worse,” said Volkert. “So we have to keep it peaceful, but obviously we’re not going to stop fighting for what we believe in.”

That was a common theme echoed by many at the march. The crowd was relatively subdued, contrasting with the militaristic vibe of some of the Inauguration Day rallies.

“This is definitely a march about love and unity as opposed to division and hatred,” said Katherine Parsons from Vail. “That’s the only thing that’s going to save the whole world. There are too many of us to be divided.”

Andrew Griffin of Denver says he doesn’t want division, but he thinks some anger is good. He worries people will become complacent or desensitized.

“I want to show that there’s another side that’s pretty upset with the rhetoric that’s out there. And he may be our president, but we’re going to stand up any time there’s a civil right that’s being violated. When you become desensitized, that’s when the human rights violations happen,” said Griffin.

For social worker Nicki Nanton from Aurora, she still can’t get used to saying “President Trump.”

She said seeing the large turnout for the march,  gives her hope that progress can be made in the next four years.

“My hope is we can get beyond this huge division that has been created in this regime we’ve stepped into,” Nanton said. “It seems like this general lack of empathy for each other is what got us here, and I don’t know how to fix that.”