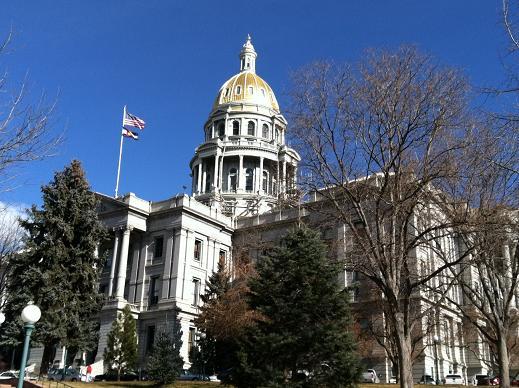 A measure that would encourage schools to offer  additional training for security guards, and pave the way for more teachers to have guns in schools cleared its first committee on Jan. 24.

SB 17-005, the Handgun Safety Training For School Employees Bill, would allow a county sheriff to provide a gun safety course to any school employee who also holds a concealed-carry permit. Sherriffs are already  involved in emergency school emergency response plans.

“So who better to offer this training to help work with the school district to decide what should be involved,” said Senate Majority Leader Chris Holbert (R-Parker) who is sponsoring the legislation.

“So this would create an exception for people who come through this program, they wouldn’t have to be hired as private security,” he said.

Supporters are adamant that this legislation won’t put more guns in schools.  Instead they say it would simply allow for more training. “If there are people who work in the schools, teachers or other staff who want to be armed, then this would also contribute to them being trained,” Holbert said.

That’s the sticking point for the people who testified against the proposal in the Senate State, Veteran’s and Military Affairs Committee. Arvada mother Geri Barela, whose son was accidently shot by a friend at a party, doesn’t believe any amount of training could make guns safe.

“Until there is a gun training course that will guarantee us 100 percent that a teacher or principal will never have a bad day,” Barela said, “will never have a lapse of good judgment, will never react impulsively to a student’s misbehavior, and will never suffer from a depressive state while on the job and with a gun handy, we cannot allow this bill to pass, it is the open door to more tragedy.”

Even if it passes, school districts wouldn’t be required to offer the training. Holbert said while he wants to encourage more training, he didn’t want to force the issue onto school districts.

“I really want to be a champion and respect local control when it comes to our school districts,” said Holbert. “That’s what’s in our constitution. I think they are best prepared to make these decisions for their communities.”

That doesn’t comfort Ken Toltz from Boulder. He’s with Safe Campus Colorado. He calls the measure a new twist on a bad idea. He doesn’t think guns belong in schools.

“Every year the sponsor of these bills present zero data, zero evidence, and zero examples for the need or demand for this dangerous and risky experiment,” said Toltz. “There are nearly 900,000 kids in Colorado schools. How many parents of those kids are here today promoting more concealed guns be carried by civilians into their child’s school?”

“We love our kids,” Dietz said. “We want to protect them, more training only makes that better. Training does work.”

Democrats on the committee voted against it.

“I disagree that more guns in schools make our schools safer. I don’t believe it,” said Sen. Louis Court (D-Denver).

With ideological differences driving the partisan divide on gun issues, the measure will likely clear the Republican controlled Senate, but not the Democratic House.