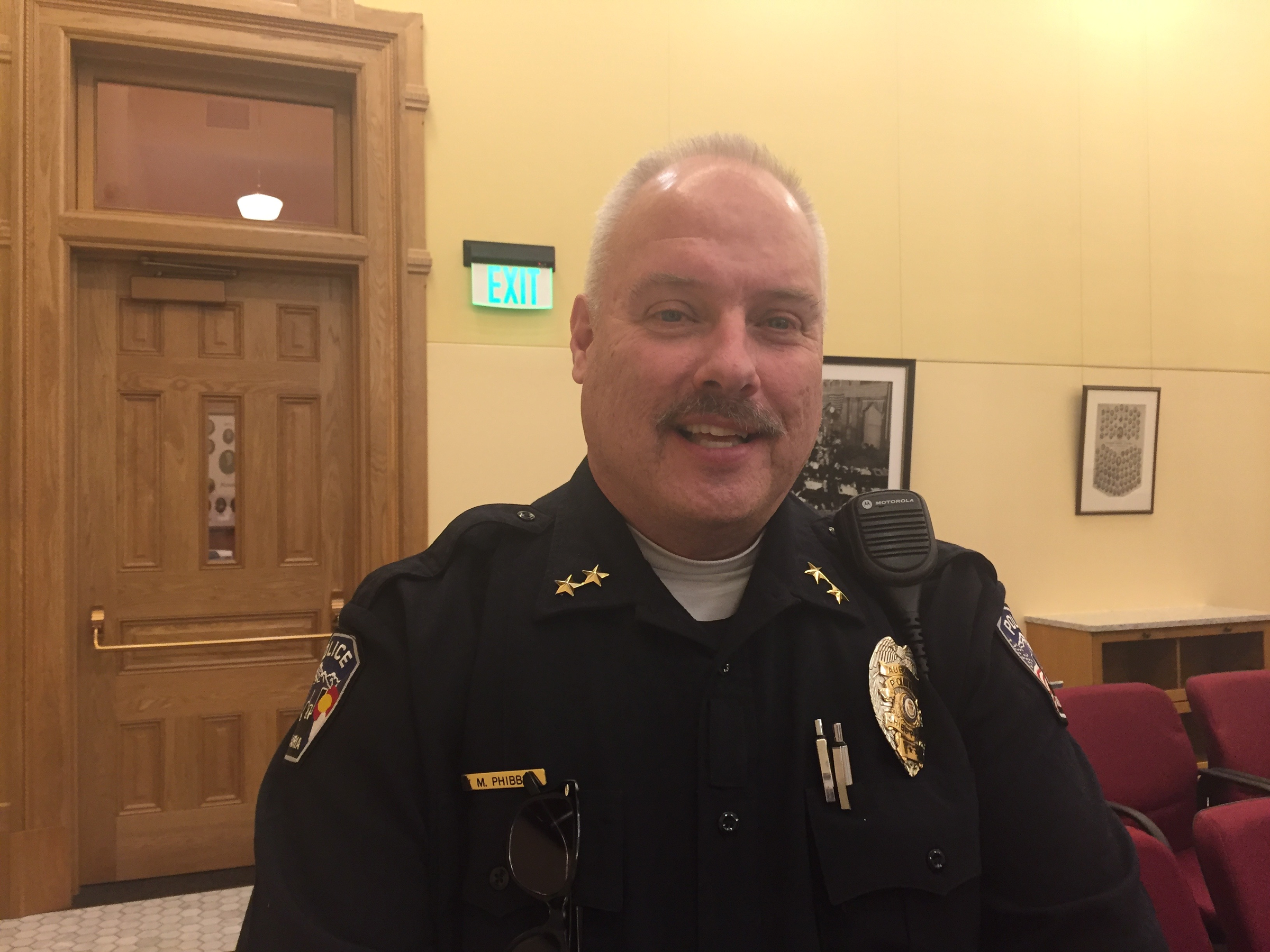 Bente Birkeland / Capitol Coverage Auraria campus Police Chief Michael Phibbs testified against the bill on behalf of the Colorado Association of Chiefs of Police. He said foreign-born officers bring much needed diversity and are carefully vetted. 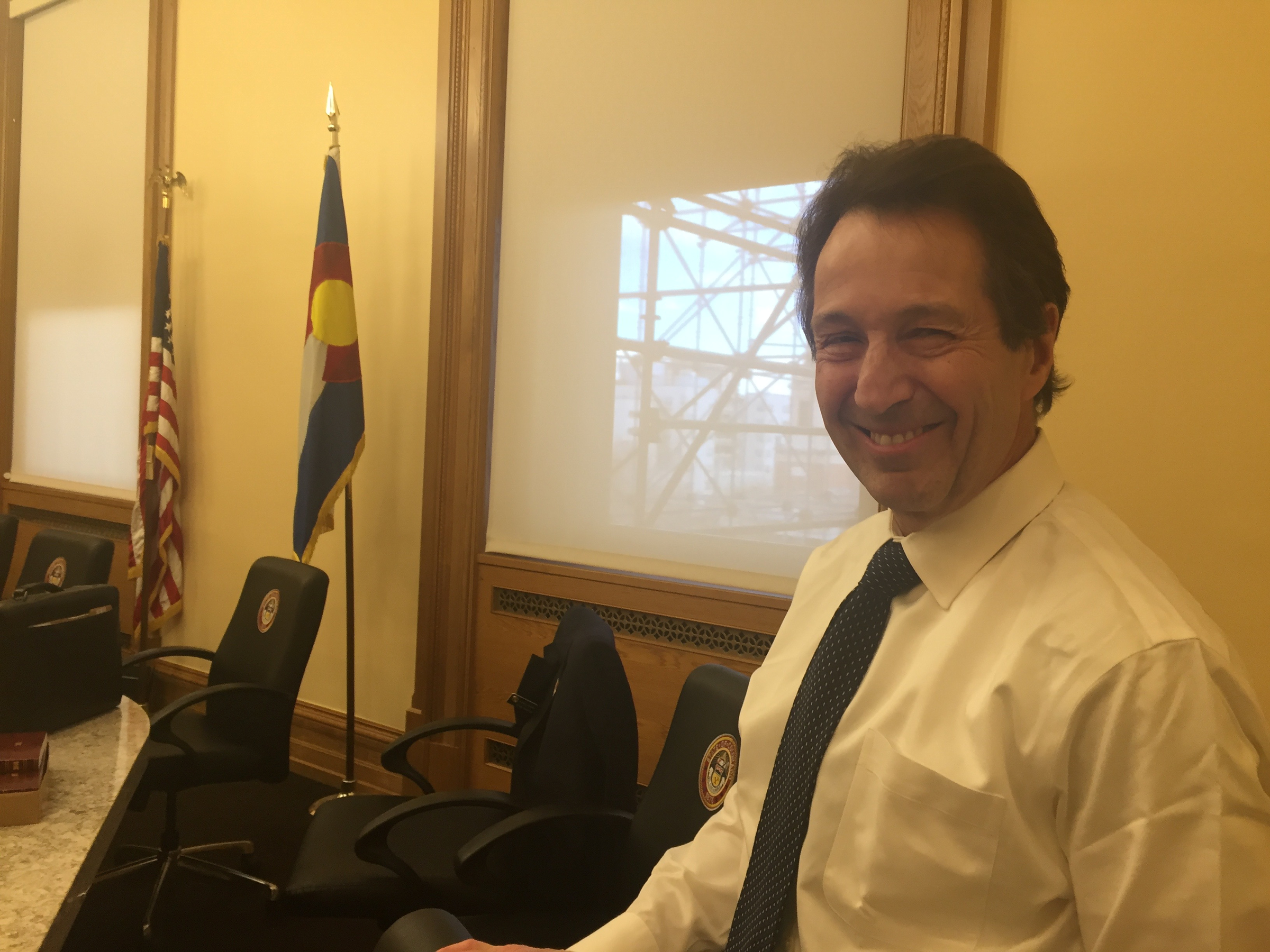 Law enforcement officers in Colorado would be required to be U.S. citizens under a new measure that cleared the Senate Judiciary Committee on Feb. 6.

Federal law allows states to require citizenship for certain jobs, and committee Republicans think that being a police officer should be one of them. Right now, officers and sheriffs can be legal permanent residents — otherwise known as green card holders.

"They have authority that you and I will never have," said Sen. Bob Gardner [R-Colorado Springs], sponsor of SB 120. "I don't need to remind anyone in this room that use and authority and discretion, when improperly used, and it is a rare thing, but when it is so, people are damaged. People are deprived of life, liberty and property."

Gardner, who chairs the committee, said full citizens have a better understanding of the U.S.'s unique values – and he worries about where a non-citizen's loyalties may lie.

"It is not too much to expect that these individuals have the first loyalty as citizens to the United States of America and to our own constitution," he said.

Democrats opposed the bill, citing the need for diversity in policing.

"I've always felt this country was very welcoming to me," said Sen. Daniel Kagan [D-Cherry Hills]. He's originally from England and lived in the United States for nine years before becoming a naturalized citizen. "It seems counter to that to say if we give you permanent residency here, we don't trust you to be a police officer in our state."

Kagan argued that non-citizens have already gone through a lot to come to the U.S. and legally work here. He said they are very patriotic.

"That's actually a better way of predicting who will uphold American values than who happened to be born here."

While no one testified in support of the bill, representatives from county sheriff's offices and the Colorado Association of Chiefs of Police spoke against it. Peg Ackerman, representing the sheriffs, testified that a number of departments across the state would be negatively impacted.

"For some of our rural county sheriff's offices, they have difficulty finding really good employees, so when they have a good employee they want to hang on to them," Ackerman said. "And they don't care whether that person just has a green card or is a U.S. citizen."

The measure would grandfather in current employees, but still require them to eventually become citizens.

"There is some unfairness to people who worked hard to become police officers, that they are forced to make [some] kind of decision or be fired and lose their livelihood," said Auraria campus police Chief Michael Phibbs.

Pribbs testified on behalf of the chiefs of police. He said law enforcement officers go through a thorough vetting process, including background checks and physical and psychological evaluations.

"We are unaware of any time that someone who is not a citizen but is a police officer ever had a conscience issue with choosing loyalties based on nationality or things like that," said Phibbs. "People bring in much needed diversity into law enforcement. They can bring in language skills that departments don't have, they can bring in cultural understanding. They can bring in an ability to build bridges with communities that don't have that connection with their police department yet."

Colorado does not track how many non-citizen officers are employed in Colorado. The bill passed the judiciary committee 3-2, along party lines. It now heads to the Senate for further debate.