A contemporary art museum might be the last thing you’d expect to find in Walsenburg, Colorado. But there is one, just two and a half hours south of Denver and nestled near the Spanish Peaks among vacant buildings and coal-mining memorials.

This is "The City Built on Coal" -- an industry, along with its many workers and their families, that left town long ago. Now Walsenburg is struggling over its identity.

When it comes to the question of “who are we,” the locals have pretty strong feelings, says MaryJo Tesitor. She grew up on a nearby ranch and now helps edit the Huerfano World Journal, the local newspaper. It’s because Huerfano County, one of Colorado’s oldest and poorest counties, is still evolving. She has seen a lot of changes, especially after the last coal mine closed in the 50s. 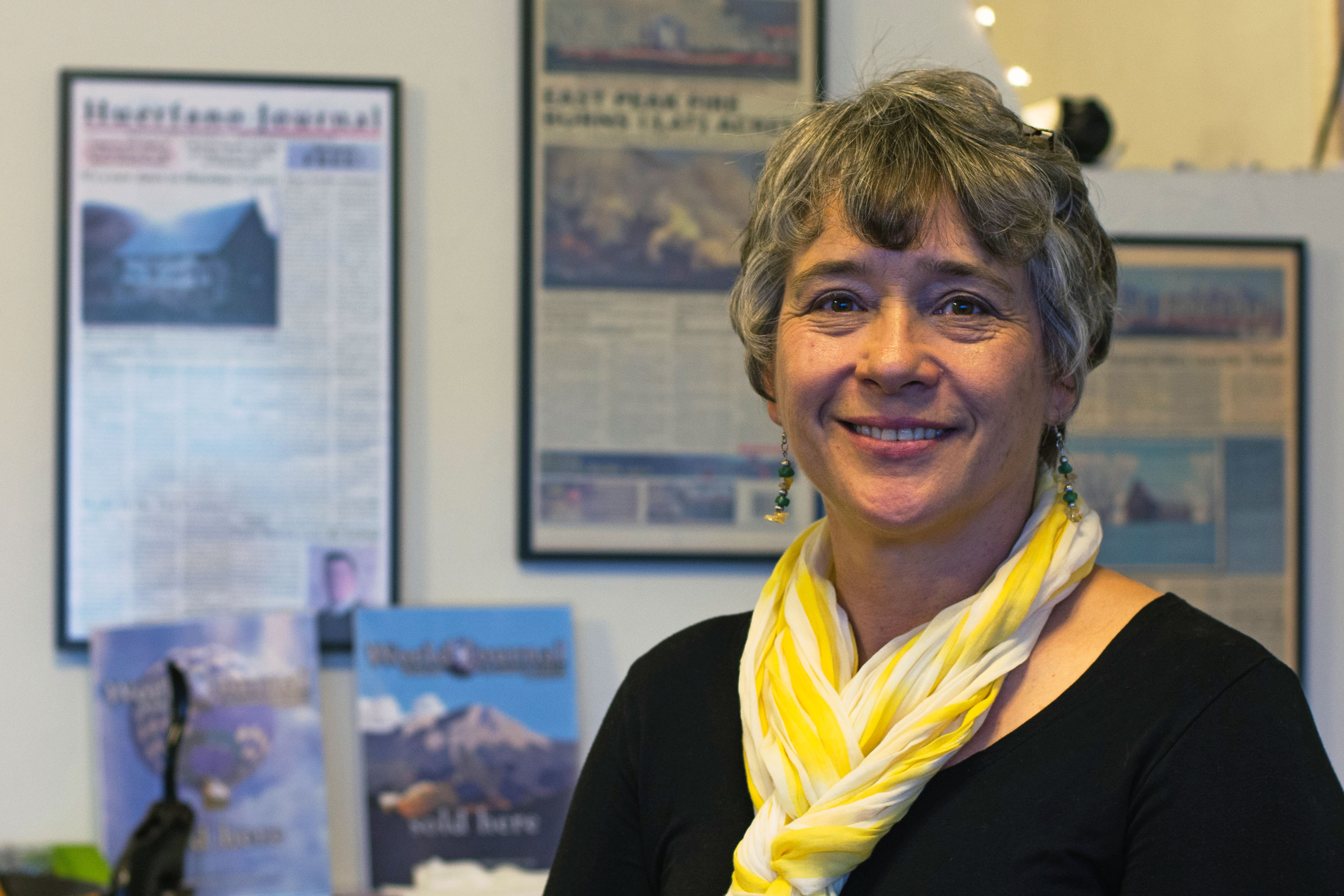 “There was storefront after storefront that were empty,” she says of Walsenburg. “People were leaving in droves because it was always based upon the coal economy, and people just weren't sure what to do.”

Many residents agree that the town has some crucial needs, like jobs, housing and school funding. There’s a number of ideas to boost the economy, like marijuana growhouses and tiny home subdivisions. But none of these have panned out yet.

Walsenburg has plenty to offer visitors, from its natural beauty and history to music festivals, Tesitor says. The challenge is getting people to stay.

“That’s really where I see the future of this community, these people coming in with great ideas,” she says. “That’s what makes a community grow.” 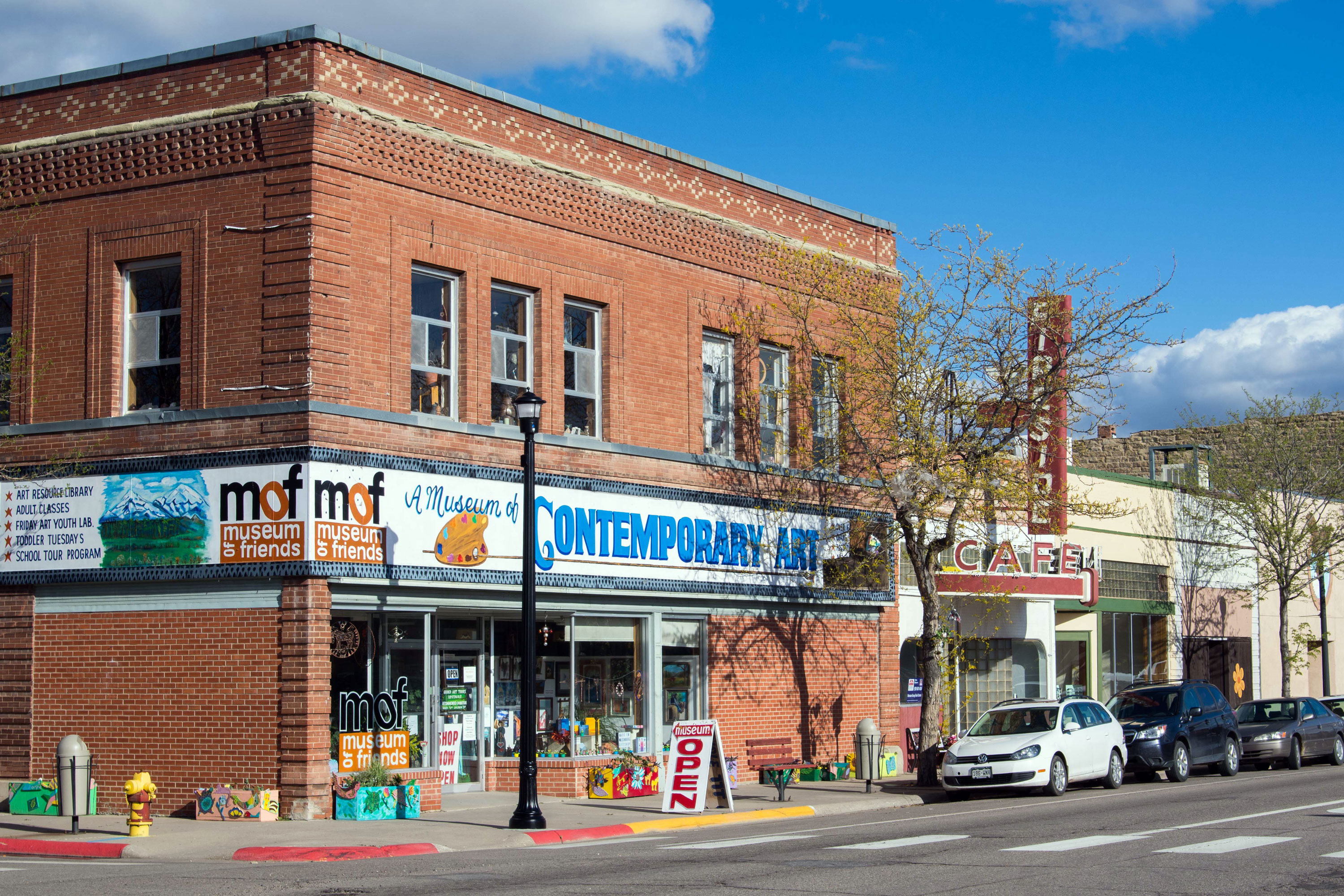 The Museum Of Friends, the aforementioned contemporary art museum in downtown, has potential to play a role in that growth. Brendt Berger and Maria Cocchiarelli opened the museum nearly 10 years ago.

“Every work of art in here is a gift, from the artist, either to me or Maria,” says Berger, a native Californian.

Cocchiarelli herself is from New York, where they both met nearly 30 years ago. They’ve lived all over the country. After marrying, they decided to settle in Huerfano County. Berger had lived in the town of Gardner for a while. In 2005, he bought a two-story building on Walsenburg’s Main Street that housed retail space. After renovating the space, Museum Of Friends was born.

It’s a grassroots effort. Here, the value of the art comes from the personal stories behind each of the more than 600 works.

Take a painting that Berger says “saved my life,” for example. It’s by his friend Arnold Weschler of New York City. The canvas, with colorful, curving lines, has slashes across the surface.

“The person I was living with at the time took a knife to this painting and just started slashing it,” he says. “That could have been me, very easily.” 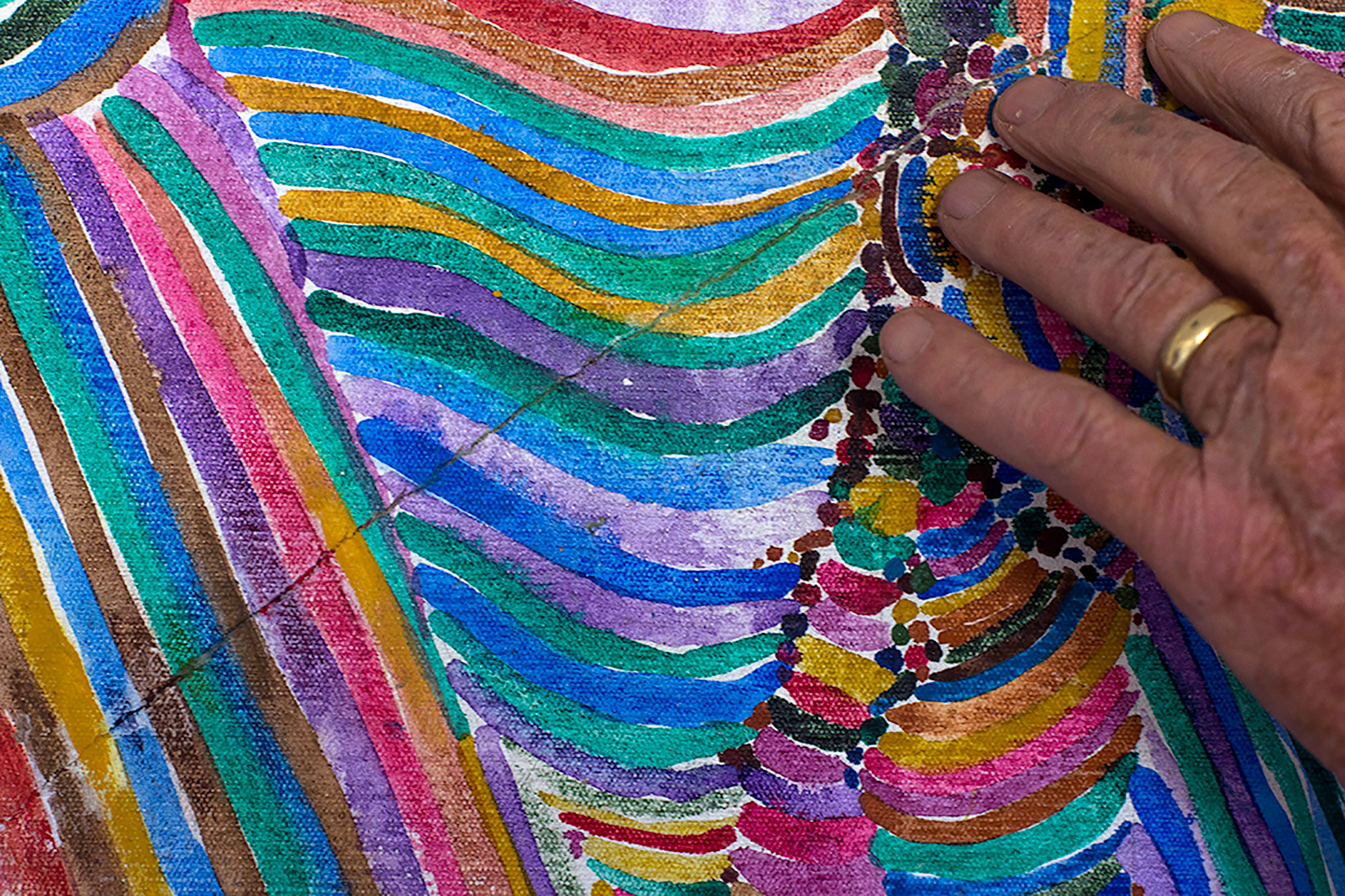 The collection ranges from pieces by an artist collective based in Aguilar, Colorado, to Polynesian artifacts from Berger’s family from Hawaii. Museum Of Friends also hosts rotating exhibitions. Cocchiarelli considers their annual “Earth” show to be of particular importance because Coloradans “know the necessity of being good stewards of the land.”

The landscape has drawn many artists to Southern Colorado over the years. In fact, Berger got to know the area by visiting the secluded Libre artist community in the 1960s. It was one of a handful in the region that took inspiration from Drop City near Trinidad.

Berger’s friend and Libre co-founder Dean Fleming lives in a geodesic dome, built as a home and art studio nearly 50 years ago. He was looking for natural beauty and to be surrounded by friends. It also helped that it was inexpensive. The dome looks out at the Huerfano Valley and Sangre de Cristo mountains. Spanish names like these recall the many Hispanic people who settled in the region long ago. 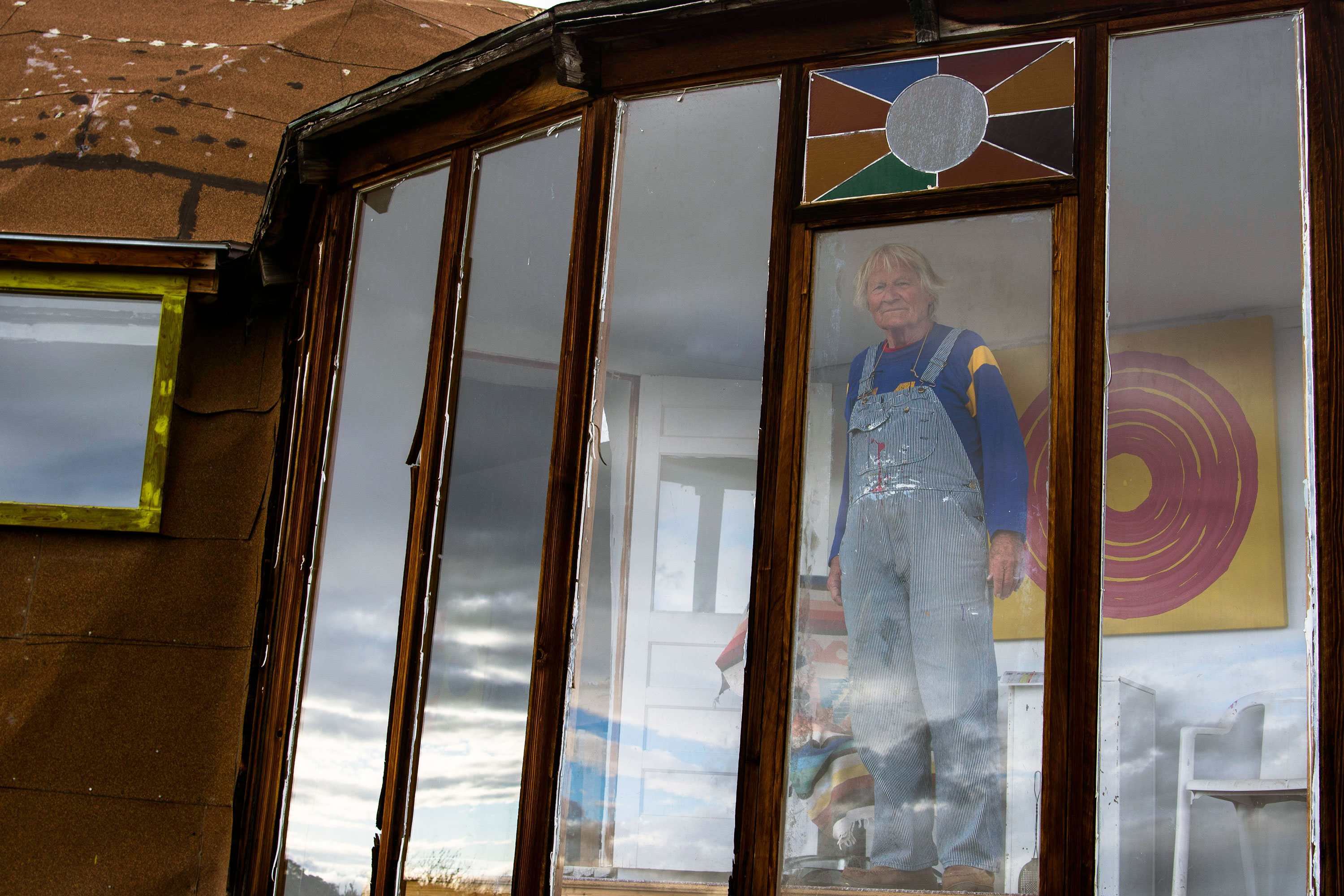 “Libre” is the Spanish word for “free,” and that’s what artists wanted. But Fleming says the Libre artistic community hardly made a ripple in Walsenburg. So when Brendt Berger wanted to start an art museum downtown, Fleming says he questioned the idea.

“I said, ‘Boy you are coming into a rough place, nobody is going to show up.’ There was so little interest in that town.”

Now though, he says Berger and Cocchiarelli’s patience is paying off.

The community was actually pretty welcoming and supportive when Museum Of Friends opened, Cocchiarelli says. When the people and shops left, it was hard on the museum to lose those connections. Still, she hopes they can help revitalize downtown Walsenburg.

"I believe the Museum Of Friends is the destination,” Cocchiarelli says. “This is the reason that people will come here."

Others feel Walsenburg’s coal-mining history should stay a priority. Local business-owner Gaye Davis, who grew up on her family’s homestead near Walsenburg, helped bring a new park called Miners Plaza to town. Right across the street from the Museum Of Friends, the small public space has wooden beams that mimic a mine shaft and minecarts with planted flowers.

“It just seems logical to latch on to that identity, expand on it, celebrate it and use it to understand how we got here,” Davis says.

She also hopes the plaza gives way to a historic walking tour around downtown, where there’s the Walsenburg Mining Museum a couple blocks away. 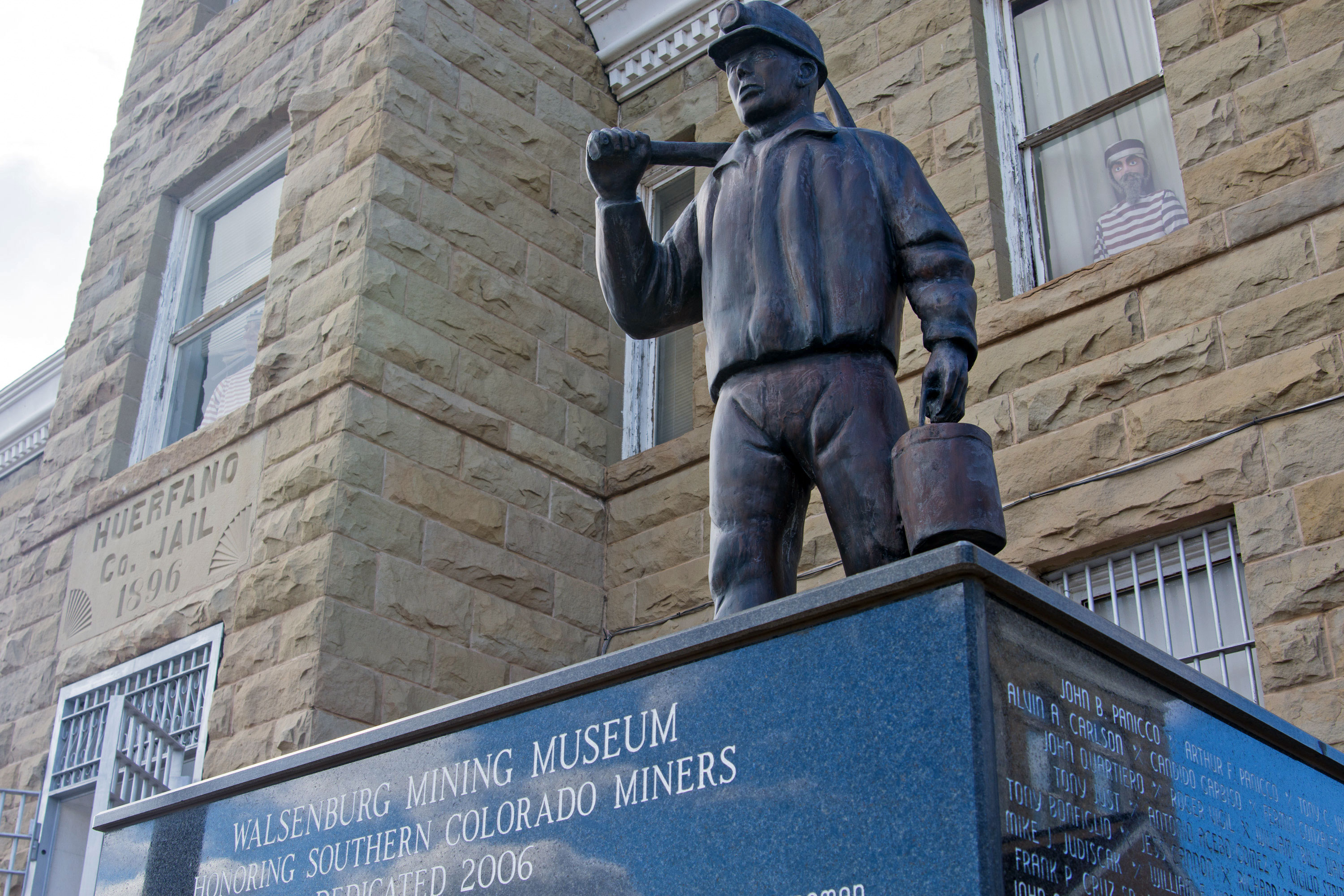 But, Davis adds, the community should learn from the boom and bust of coal that it can't rely on one single thing to drive the economy.

At Museum Of Friends, Maria Cocchiarelli wants to make art more accessible for people around Huerfano County. So far they’ve worked with groups like school children and prison inmates.

Cocchiarelli says her first visit to the Brooklyn Museum growing up in New York made her realize how art can give people a voice.

"What I do now here is basically replicate that experience for other people to have," she says.

Meanwhile, the museum plans to renovate its more than 100-year-old historic building. And with all that work ahead, Cocchiarelli says the Museum Of Friends is here to stay.