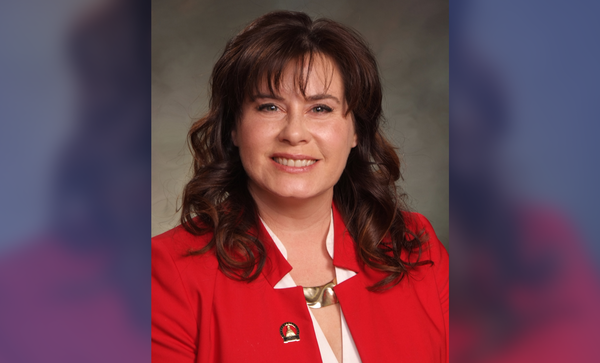 A state lawmaker was arrested on Tuesday, Dec. 5 at Denver International Airport for carrying a firearm. As first reported by us, Republican Rep. Lori Saine is being held pending an investigation and possible charges.

The Denver Police Department confirmed Saine’s arrest to us in a statement.

"The Denver Police Department arrested Lori Saine today at Denver International Airport and she is currently being held for Investigation of Introduction of a Firearm into a Transportation Facility. The investigation is ongoing, so additional details are not available for release at this time. At the conclusion of the investigation, the case will be presented to the Denver District Attorney's Office for consideration of possible charges."

We reached out to Saine for comment but did not receive a response by publication. House Republican spokesman Joel Malecka said GOP leaders were trying to get more information about what happened.

"Without knowing any more information, we're unable to comment further at this time," said Malecka.

The case will be presented to the Denver District Attorney's office.

BREAKING: @lorisaine arrested at DIA for carrying a firearm at DIA. Denver police department says "At the conclusion of the investigation, the case will be presented to the Denver District Attorney's Office for consideration of possible charges."#coleg #copolitics #cogov— Bente Birkeland (@BenteBirkeland) December 5, 2017

Saine is a strong second amendment advocate and has a concealed carry permit. Last year she was the main sponsor of an unsuccessful bill that would have repealed Colorado’s ban on high capacity magazines. The restriction was part of stricter gun laws passed after the 2012 Aurora theater shooting.

Under federal law a person may transport unloaded firearms in a locked hard-sided container as checked baggage only. You must also declare the firearm or ammunition to the airline when checking your bag at the ticket counter. Locked cases that can be easily opened are not permitted.

Saine was carrying a 9 millimeter handgun loaded with four bullets. Transportation Security Administration officials found the gun in a bag at a checkpoint. Saine has a permit to carry a concealed weapon, according to Denver police. Under federal law, a person may carry unloaded firearms in a hard-sided container as checked baggage and a firearm and ammunition must be declared to the airline.

In the past 12 months, Denver polce have arrested and jailed just one other person for possession of a weapon within a security checkpoint at Denver International Airport, a felony crime.

In a statement, the Denver Police Department said: "The objective of DPD is to investigate the case to prove or disprove the elements of the crime being investigated, based on evidence and statements, which may necessitate taking a person into custody to enable further investigation. Regardless of whether the suspect is taken into custody, each case is presented to the Denver District Attorney Office for consideration of possible charges."

Saine was jailed and could not be reached by deadline.