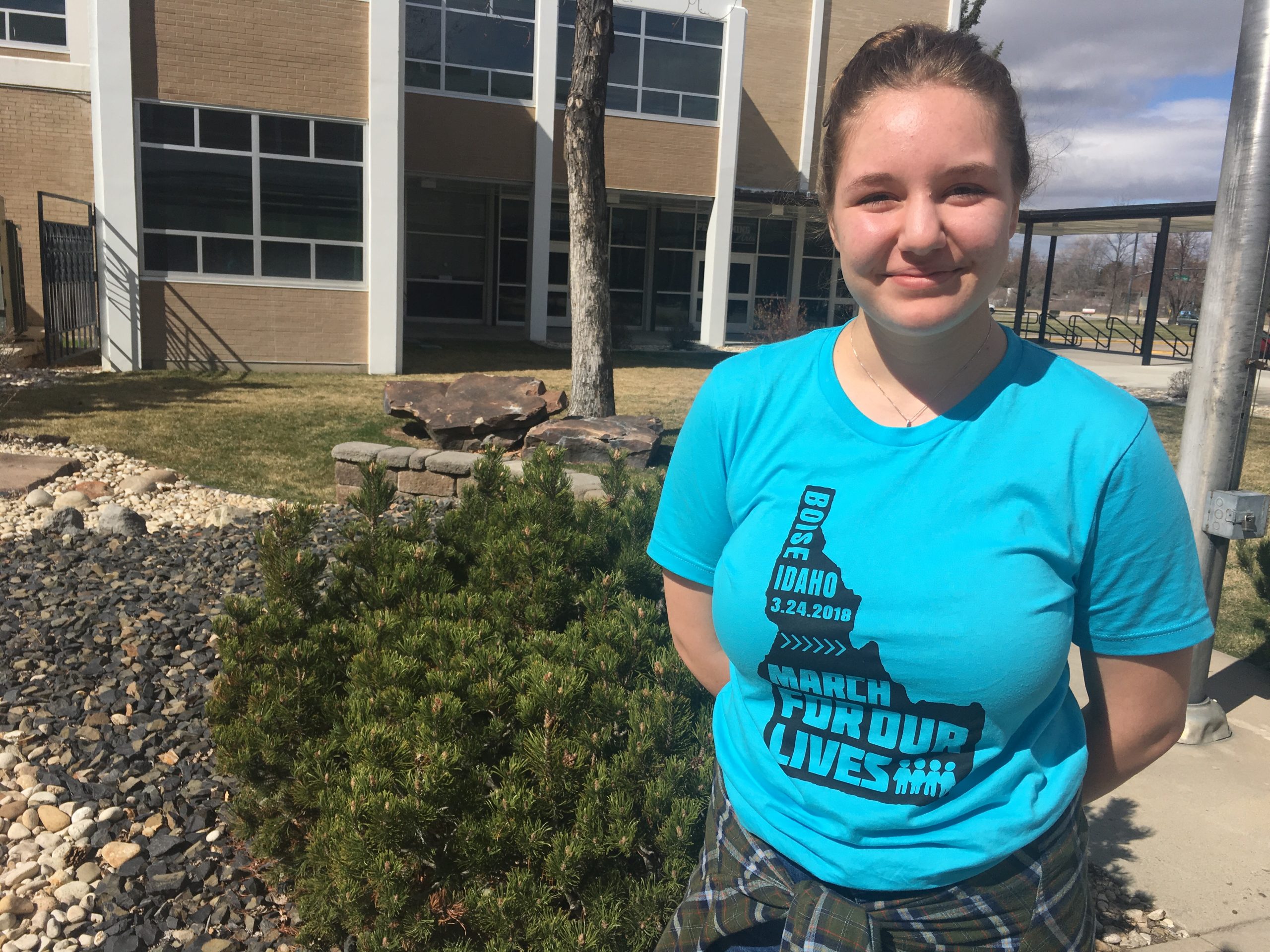 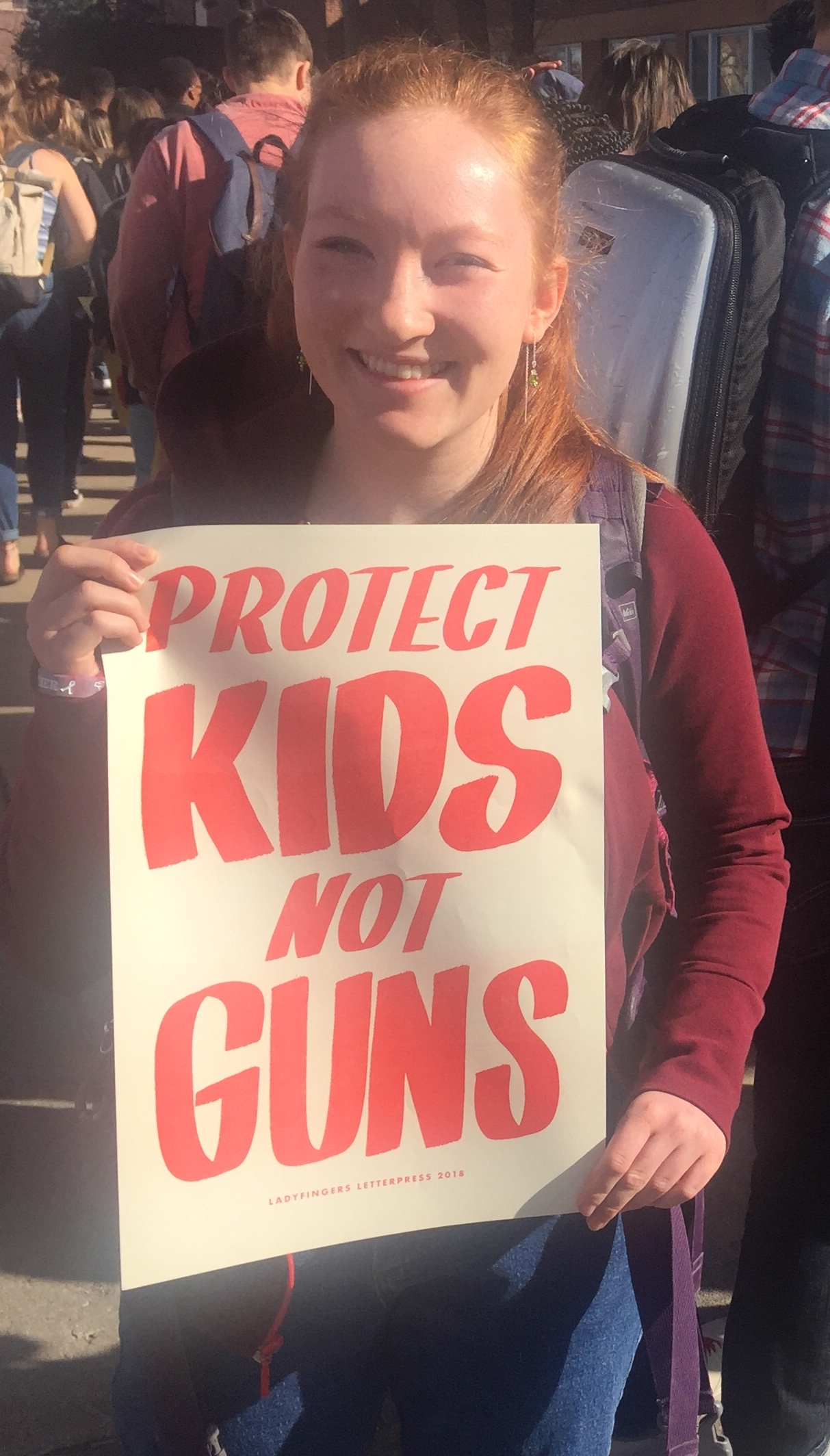 This Saturday, hundreds of thousands of people are expected at rallies for gun control across the country. And no one is speaking louder than those who inspired the rallies and who feel they have the most at stake: teens.

She thinks the activism in response to the Florida shooting is amazing.

“I’m online,” she says. “I can see that stuff is happening.”

And she feels part of it too. Last week, she walked out of class and locked arms with hundreds of her peers to honor the victims of the Parkland shooting and to send a message to the world, she says about gun control.

Roland is passionate about this.

“We matter more than guns!” she says. She feels like she and other kids her age shouldn’t even have to say that. “But we’re trying to say that loudly. And with force.”

She says she’s frustrated that school shootings keep happening and that elected officials aren’t passing laws to change that. She wants them to pay attention to the message she and other teens are delivering.

Speaking directly to congress she says “It is your job, literally, to make this a safer happier world. There’s a lot more to be done and that’s your job. That’s your job.”

But she’s not necessarily counting on Congress either. Roland is only 17 years old, but she says this movement might factor into what she does with her future.

“I want to stay angry enough to do something about it,” she says. “Because obviously if my generation is the only one that’s pushing for this then we have to be a lot stronger than we are even now. We have to keep going.”

For now, though, the march this weekend is a start and Roland is happy that people are speaking up. “It’s my generation!” she says. “We’re doing something! We’re mobile. And it’s fantastic.”

She says it angers her that the responsibility has been passed down to her generation to “fight for the right to go to school.”

White has been thinking about gun violence for a long time. It was Sandy Hook that opened her eyes to the reality of school shootings.

“I honestly feel like Sandy Hook was my generation’s 9/11,” she says.

She remembers she was sitting in her language arts classroom and her teacher walked in, tears running down her face and told White and her peers about the students that had been shot and killed at Sandy Hook.

White was just thirteen at the time.

She says something like Sandy Hook is hard to think about because she’s so close with her family. “Especially my little brother,” she says, “who is still in elementary school. Thinking about that happening is the most terrifying thing that I can think of. Losing my family is just heartbreaking.”

White’s state of Idaho has one of the highest per capita gun ownership rates in the nation. White says even though she’s never personally touched a gun, she doesn’t feel like she’s missing out on a cultural experience.

She acknowledges that many people have a passion for hunting and they need guns for that. But she says, “my life is no less fulfilled or lacking in any way by not seeing or owning or possessing a firearm.”

White says she respects her fellow Idahoans’ right to have guns. But she’s hoping lawmakers will respect American students’ rights to be safe in school.