Authorities in southwest Colorado ordered the evacuations of another 300 homes Friday to allow firefighters to attack an advancing flank of a wildfire that burned miles of rugged terrain, but had yet to damage or destroy any structures.

La Plata County's latest order follows the evacuation of more than 1,000 homes earlier along U.S. Highway 550, a key artery connecting the cities of Durango and Silverton, roughly 135 miles northwest of the Four Corners Monument that connects Colorado with Utah, Arizona and New Mexico. 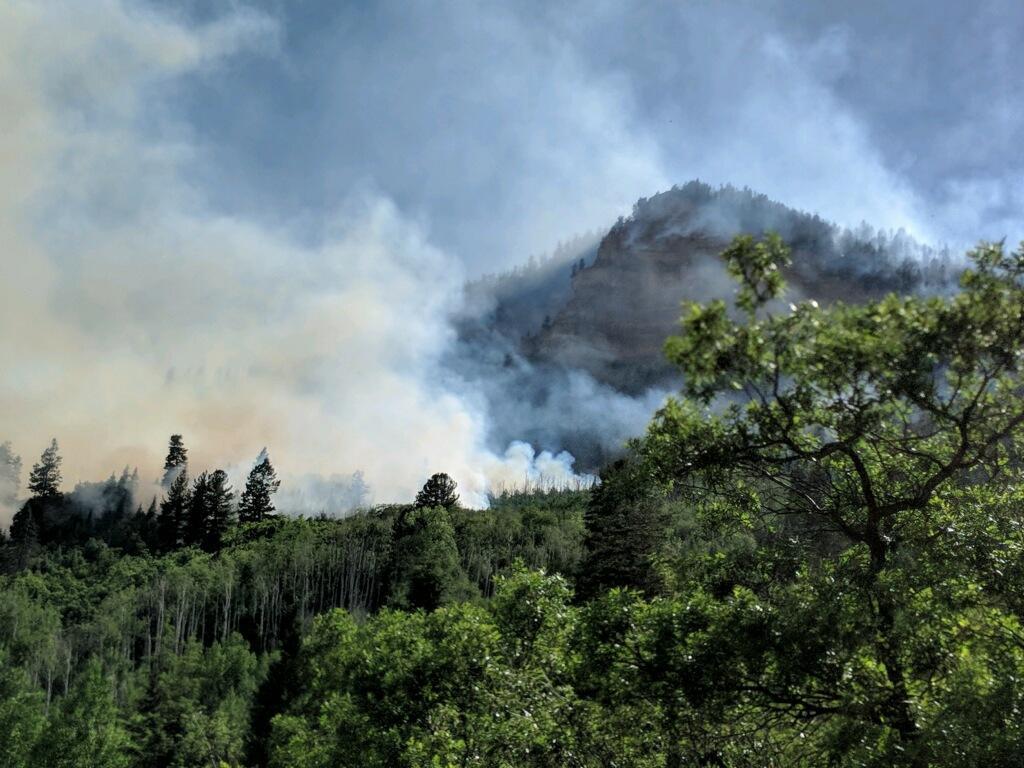 Residents affected by Friday's order had until 4 p.m. to comply so firefighters can check the advance of the northeast flank of the fire. The order applied to an area north of the town of Hermosa, about 10 miles north of Durango.

Friday's priority was protecting structures around Hermosa, Brian Eaby, a spokesman for a federal team in charge of the firefighting effort, told The Durango Herald. He said no structures were immediately threatened.

"We're going to stay vigilant, and make sure there are no hot spots," Eaby said.

Temperatures were in the 80s with extremely low humidity and calmer winds Friday. Officials say 10 square miles (26 square kilometers) have burned, but no building or structures have been destroyed.

Nearly 700 firefighters backed by air support were attacking the blaze, which was 10 percent contained. Its cause is unknown. Durango was operating an evacuation center and a shelter and taking in livestock at the La Plata County Fairgrounds.

Crews set controlled burns late Thursday that stopped the fire's southern side from spreading and were working the same tactic on the north side, national forest officials said. Firefighters faced steep and sometimes inaccessible terrain on the western side, with aircraft deployed overhead.