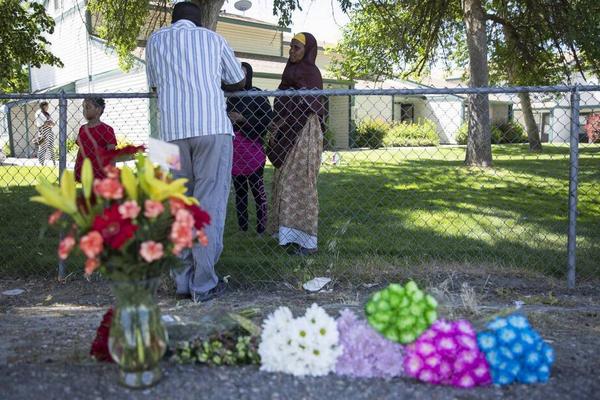 Meiying Wu / Idaho Statesman Ibod Hasn, center, talks to a friend who came to visit after the stabbing attack on Wylie Lane in Boise on Saturday night. Hasn is a refugee from Somalia, and she said seeing the blood reminded her of Somalia. 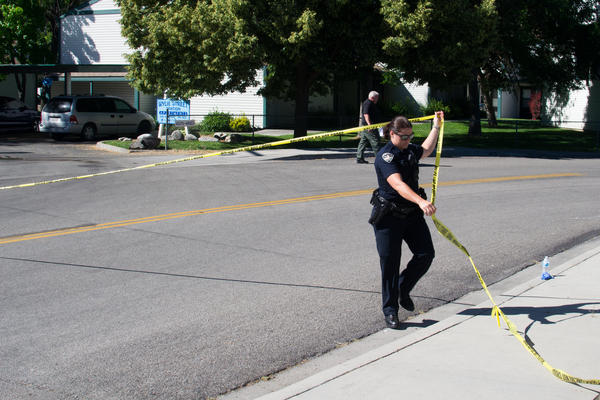 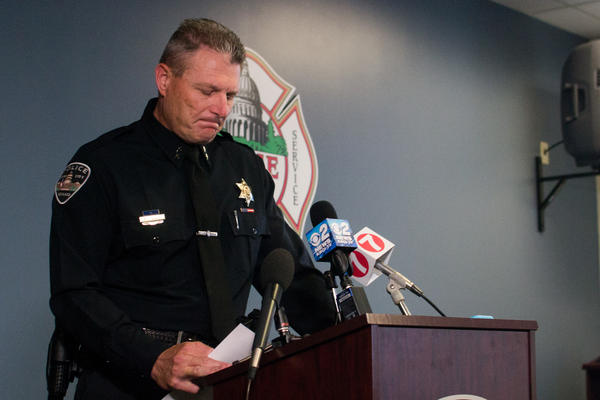 Update, 1:49 p.m. Monday: The suspect in Saturday night’s mass stabbing is now facing first-degree murder charges after one of the victims died at a Utah hospital.

Boise Police confirmed the three-year-old girl, who had been celebrating her birthday, has died. Her name will be released at a later date.

One other child has been treated and released, but four children and three adults remain hospitalized with serious or critical injuries, according to police.

An Ada County Magistrate Judge ordered 30-year-old Timmy Kinner be held without bond, calling him “an extreme danger to the community” according to KTVB.

Twelve-year-old Esrom Habte told KIVI-TV he was playing with friends in the late-evening light outside his family’s apartment Saturday night when he says he saw a man begin attacking some of his neighbors.

"When we were outside he was chasing people and stabbing them so we went inside the closet," Habte said. "We saw a killer and we didn't want to get stabbed."

Habte and several other children ran inside, locked the door and called the police. They huddled together until a dispatcher told them a suspect had been caught.

The grisly attack involved the most victims of any single attack in the city’s history, according to the Boise Police Department.

.@BoisePD Chief Bill Bones says Timmy Kinner returned to the apartment complex to exact revenge after getting kicked out on Friday. Victims included a young girl who was having a birthday party. @KBSX915— James Dawson (@RadioDawson) July 1, 2018

BPD confirmed a man armed with a knife attacked a crowd of people gathered for a child’s birthday party at the Wylie Street Station Apartments, which is home to many refugee families, that’s left the city in shock.

Six children and three adults were hospitalized after the mass stabbing, several with life-threatening injuries. The victims included one 3-year-old girl, two 4-year-olds, a 6-year-old, an 8-year-old and a 12-year-old.

Police do not believe the attack was a hate crime at this time, but are continuing to investigate with help from the FBI.

Identities of the victims were not released, but some are resettled refugees from Syria, Iraq and Ethiopia.

As of Sunday afternoon, all nine victims had survived the night. Due to her extensive injuries, one child has been flown to Salt Lake City for treatment.

“This was an attack against those who are most vulnerable, our children,” Boise Police Chief Bill Bones said. “It’s untenable, unconscionable and is pure evil, in my mind.”

Quickly after the attack, authorities arrested 30-year-old Timmy Kinner of Los Angeles, who has an extensive criminal record, police say. They say he had been staying at the apartment complex until he was asked to leave Friday, which he did without incident.

"He returned last night to exact revengence [sic] not just on those that he had been with – as they were not at the apartment – but at any target that was available," said Bones.

Boise has a long history of resettling refugees that dates back decades.

Mayor Dave Bieter, whose own grandparents emigrated from the Basque country, called the attack a “callous act” that doesn’t reflect the community.

Last night’s horrific attack does not represent Boise. Please join me in praying for the injured and their families. We must come together to condemn this vile act.— Mayor Dave Bieter (@MayorBieter) July 1, 2018

“This is a chance to reaffirm who we are, what we stand for and those values and those commitments are deep and long lasting and we’ll go forward,” Bieter said.

“It is heartbreaking to know that people and children who fled horrors of war and conflict to find safety in America and the Boise community had to experience this violence all over again,” said Megan Schwab, an IRC spokesperson.

The group is also helping coordinate a fundraising campaign to help victims’ families.

On Sunday, several people left bouquets of flowers just outside the police line at the apartment complex, including Donna Hale. She and her family learned of the news late Saturday night and felt she had to do something.

"We didn’t know what to do so we did the little thing we could which is just to say, ‘We see you and we’re sorry and we care,’" Hale said.

A vigil for the victims is scheduled for 6 p.m. Monday on the front steps of Boise City Hall.

“The crime scene, the faces of the parents struggling, the tears coming down their faces, the faces of the children in the hospital beds, will be something that I’ll carry with me for the rest of my life, as will every first responder that was there last night,” Bones said.

This is a breaking story that was published on June 30, 2018. We will continue to update it as more information becomes available.