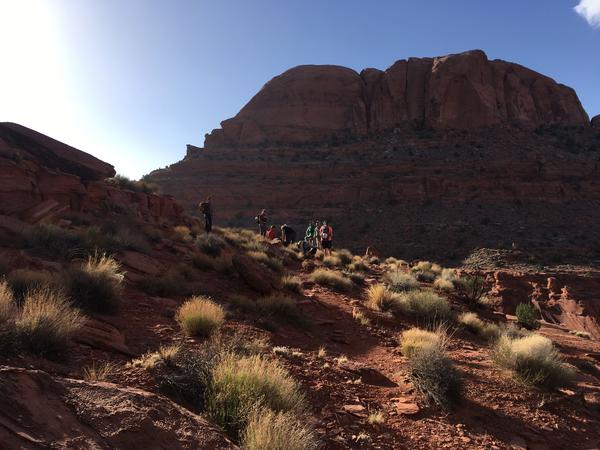 Courtesy of Alessandro Franchin A group of canyoneers hikes across buttes and mesas to a slot canyon in Utah's Glen Canyon National Recreation Area, near the edge of Grand Staircase-Escalante National Monument. 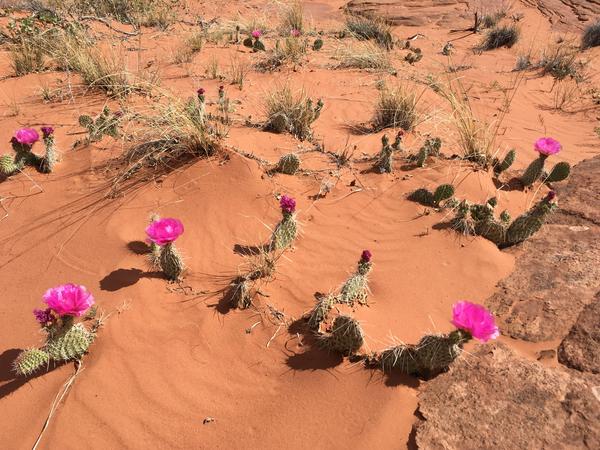 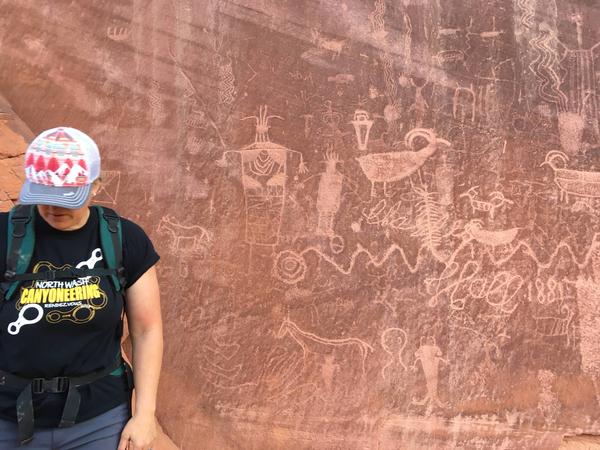 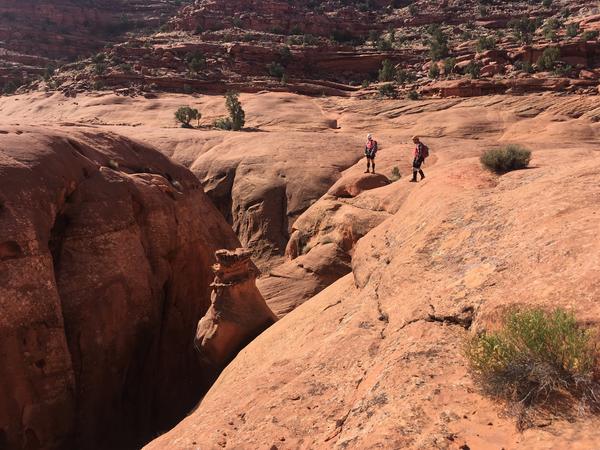 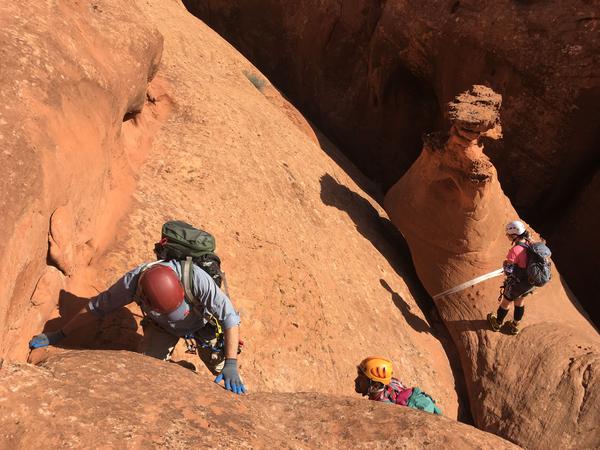 Rae Ellen Bichell / Mountain West News Bureau The group downclimbs a stretch of slickrock to rappel into the canyon. Once they pull the rope in behind them, the only way out is to follow the canyon until it loops back to trails along the Escalante River. 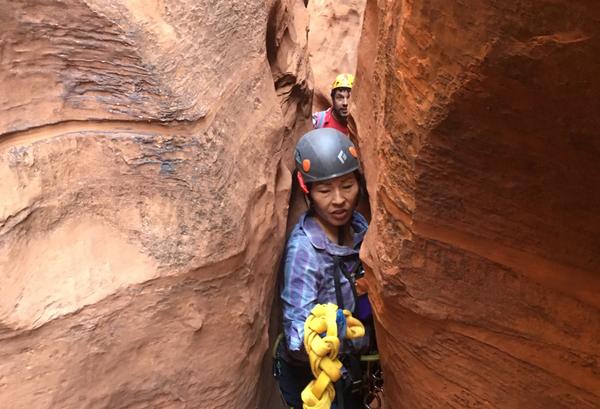 Rae Ellen Bichell / Mountain West News Bureau Portions of the canyon are narrow enough that they require squeezing through one by one. 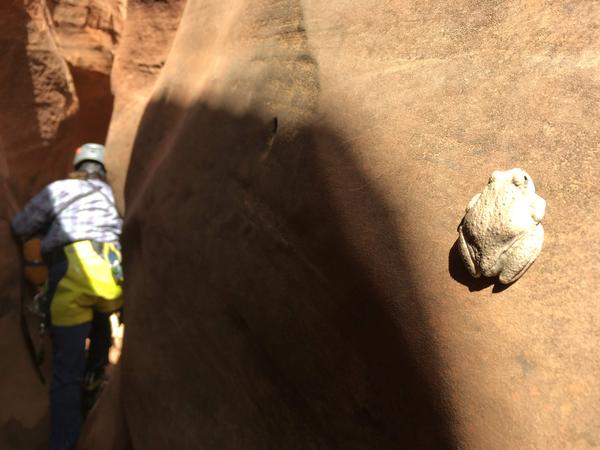 Rae Ellen Bichell / Mountain West News Bureau Pearly-white frogs with yellow bellies are some of the few living things in this slot canyon. 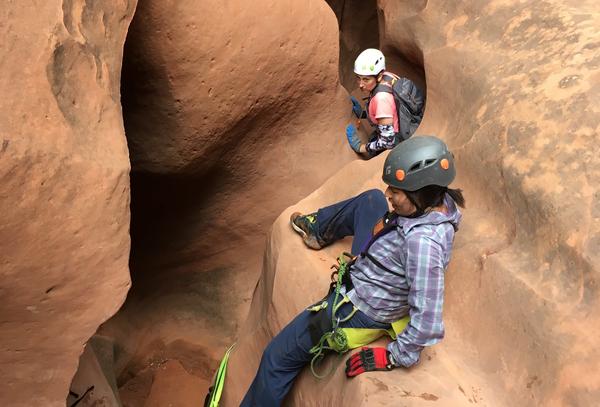 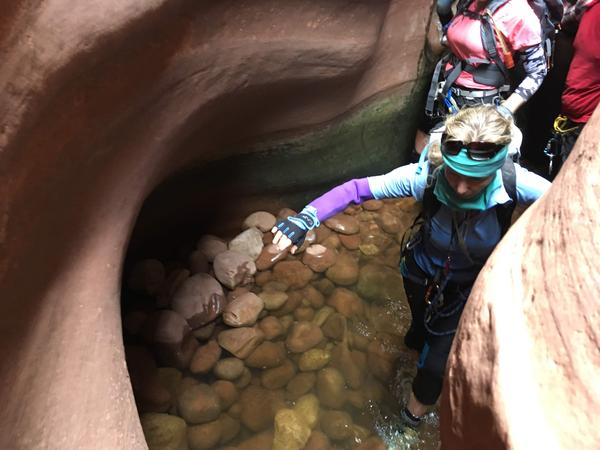 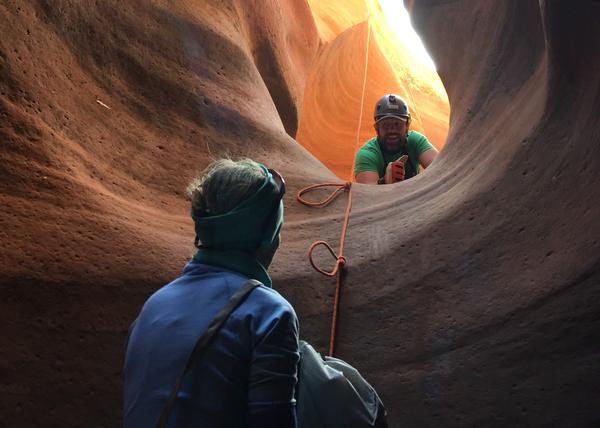 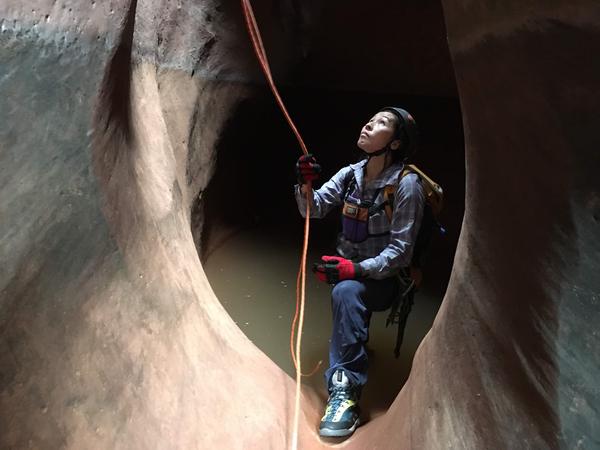 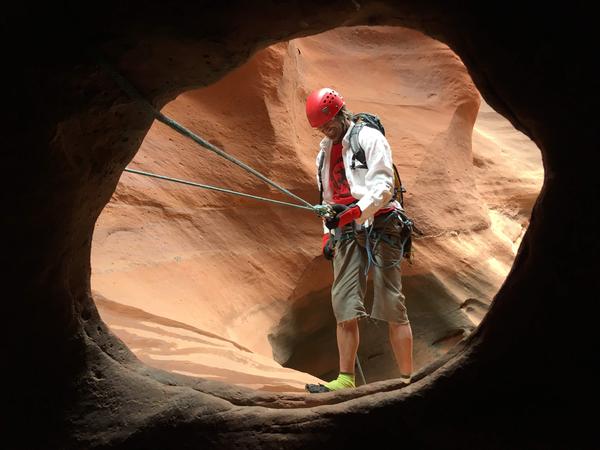 Rae Ellen Bichell / Mountain West News Bureau Tom Nief prepares for a rappel from ropes looped to the rock through a series of natural holes. 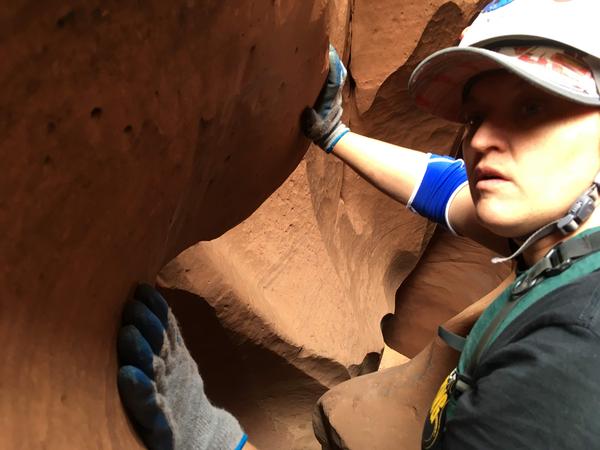 Rae Ellen Bichell / Mountain West News Bureau Brenda Lonnergan inspects the exit of Neon Canyon, which at first looks like a maze of rock leading to a dead end, except for a precipitous drop through a hole in the sandstone floor. 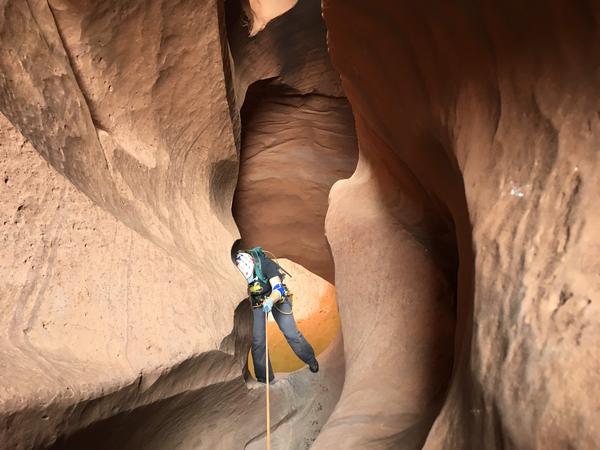 Rae Ellen Bichell / Mountain West News Bureau Lonnergan rappels through the hole into an amphitheater of red rock with a pool of water at the bottom, dubbed the Golden Cathedral. 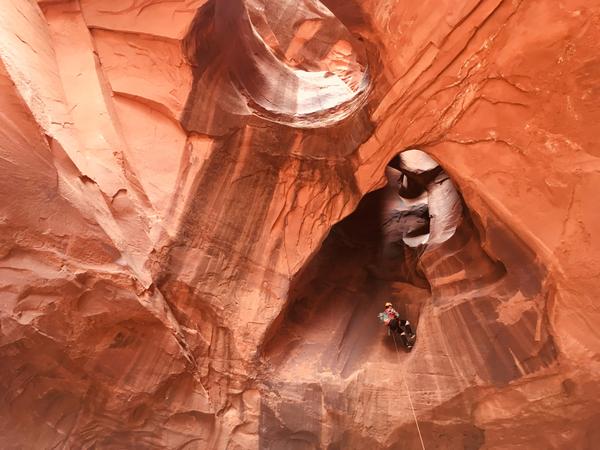 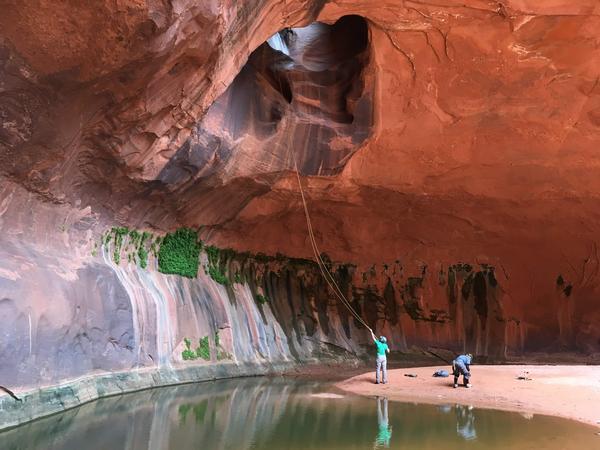 Rae Ellen Bichell / Mountain West News Bureau The Golden Cathedral marks the end of the canyon, where hiking trails lead to the Escalante River and back up to the trailhead.

Public lands have been in the news a lot this year. They comprise much of the Mountain West, from around 30 percent of land in Montana and Colorado to more than 60 percent in Utah and Idaho. This summer, we’re taking you on a tour of some of our favorite public lands.

Utah’s Grand Staircase-Escalante National Monument has made headlines as one of the monuments the Trump administration announced it would whittle down by more than a million acres each.

As the public radio show 1A has reported, “It’s not clear if the executive orders the president has signed will improve access to the land or jeopardize it.”

Lots of people use public land for recreation, including those who practice an extreme sport called canyoneering, which involves descending through narrow canyons using a variety of techniques from rappelling to scrambling to swimming.

We’ll take you on an audio adventure with one group of canyoneers as they descend through public land that treads the line between Grand Staircase-Escalante National Monument and Glen Canyon National Recreation Area in Utah.

Getting there requires a bone-shaking ride down a dirt road dubbed Hole-in-the-Rock Road, after an expedition of Mormon settlers that used blasting powder and picks to cut a path down the cliffs for their carriages back when this area was one of the last blank spots on the contiguous U.S. map.

A sign at one trailhead leading to a number of slot canyons warns: “You are about to descend into wilderness frontier, a place that demands dependence on self.”