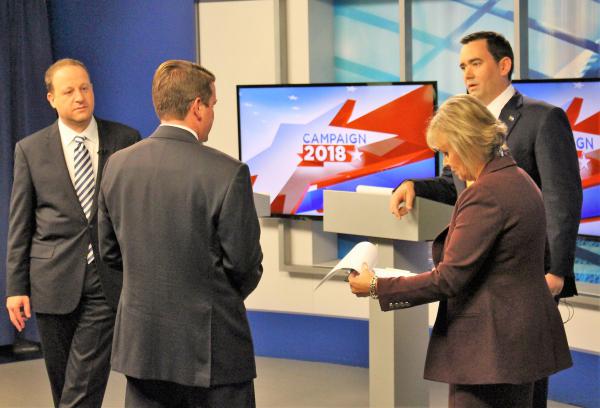 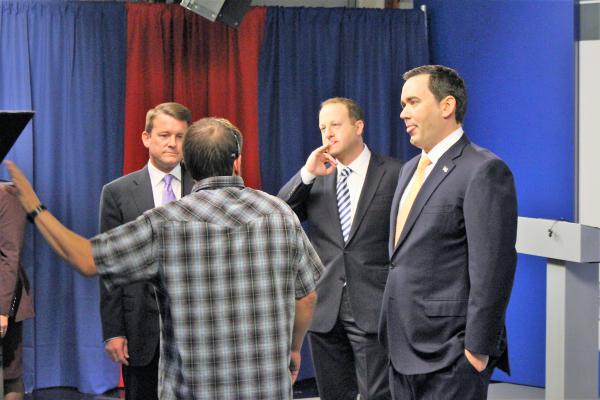 Colorado's gubernatorial candidates didn't need to say a single word Friday night on the downtown Denver debate stage to start drawing a contrast with one another.

The two men also clashed at the microphone when the cameras started rolling.

Polis and Stapleton spent 60 minutes squabbling with each other over policies and trying to paint each other as candidates who would bankrupt Colorado if elected.

Stapleton referred to Polis as a "radical" and "extreme" candidate at least eight times during the debate hosted at the CBS 4 studios. He also claimed the state couldn't afford Polis' initiatives ranging from free preschool to increasing the state's use of renewable energy sources.

Polis said Stapleton was attacking plans that were not his.

The two candidates also had different priorities when it came to how to spend money on Colorado's roads.

Stapleton was critical of Polis' support for spending state money to improve bike lanes and public transportation. The Republican said there are greater infrastructure needs on Interstates 70 and 25.

Polis said supporting new bike lanes and improving public transportation would alleviate traffic congestion and put more money in residents' wallets. Polis also accused Stapleton of being the only candidate on the stage who was supporting initiatives that would increase the state's debt.

They were both put on the defensive about misleading advertisements their campaigns had run against each other.

At one point, debate moderator Shaun Boyd had to rein in the candidates when they were both digging in on the issue of whether to release their tax returns.

Pundits predicted this week that Stapleton had more at stake on the debate stage because of a recent poll that put him seven percentage points behind Polis. Stapleton has also spent far less in the campaign than Polis.

The candidates ended the debate on a positive note. They both expressed support for kombucha, a fermented type of tea.

They were also asked to say nice things about each other.

"I think Congressman Polis is a creative guy with bold ideas," Stapleton said.

Polis said he'd like to have a kombucha with Stapleton when the campaign is over. Polis added that if he is elected governor, he would work with Stapleton on finding "creative financing solutions" for the state.

Undecided Colorado residents have several more chances to listen to Polis and Stapleton make their cases. The candidates will face off six more times before ballots start ending up in voters' mailboxes. The next debate will be held Oct. 6 in Grand Junction. On Monday Oct. 8, the action moves to Pueblo.