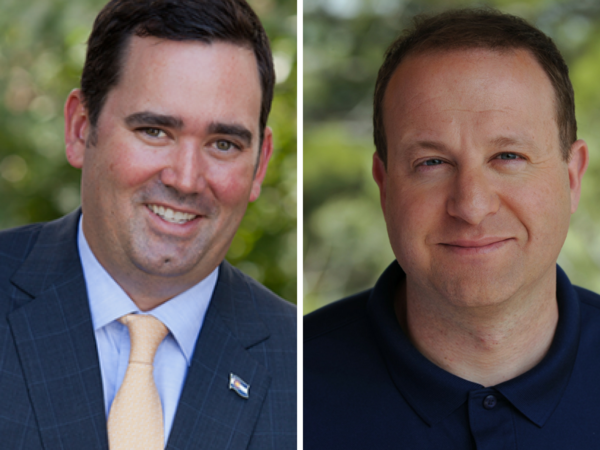 Courtesy of Walker Stapleton for Governor, Polis for Colorado

A new poll from the University of Colorado reveals what voters think of new oil and gas setbacks, a tax increase for education and their choices for governor.

Democrat Jared Polis continues to hold a significant lead in the governor's race, according to the survey results. He's up 12 points over Republican Walker Stapleton. Polis continues to lead with unaffiliated voters. The poll was conducted after the candidates started facing off in televised debates.

Voters have one more chance to watch Polis and Stapleton debate. The candidates will face off Tuesday night at the University of Denver.

While the recent poll points to a big lead for Polis, the fight over proposed oil and gas restrictions is too close to call.

The survey found 52 percent of voters support new rules that would push oil and gas wells further from homes, schools and hospitals. If passed, Proposition 112 would increase the setbacks for the wells from the current 500-foot buffer for homes to 2,500 feet.

Supporters of 112 say it would protect the health of individuals who live close to oil and gas wells. Opponents say it would harm the state's energy industry and "set Colorado back" economically.

Amendment 74 is polling well despite facing strong opposition from some mayors and city officials who fear the proposal could hurt municipalities and their budgets. The survey found 63 percent of voters support the amendment, which could force governments to pay up if they take actions that harm someone's property values.

The CU Boulder poll surveyed 800 registered voters online through the market research company YouGov with a margin of error plus or minus 3 point 5 percent.

Other highlights from the University of Colorado poll: