Vermont Sen. Bernie Sanders is rallying voters in Colorado ahead of the midterm election as part of a multi-state tour to bolster Democratic candidates up and down the ballot.

The senator spoke to several hundred people at the University of Colorado Boulder on Wednesday, urging young people to make their voices heard. He is also making stops in Fort Collins and Denver. Sanders won Colorado during the 2016 presidential contest.

“It’s the most important midterm election in the modern history of this country,” Sanders said. “Colorado can help lead the way for progressive government by electing Jared Polis as your next governor and Joe Neguse as your next member of Congress.”

Sanders said he believes young people want to tackle issues like equality and climate change, and he urged those in the crowd to go out and try to make sure their friends are engaged.

“While your ideals are strong and right, your views will not matter or be heard unless you translate those ideas into political action, and unless we elect people who will carry out those views,” he said.

The message resonated with 18-year-old Chandler Sanchez of Denver, a freshman at the University of Colorado Boulder. Sanchez is an unaffiliated voter, but considers himself liberal. He’s worried that President Donald Trump’s election caused younger voters to disengage. 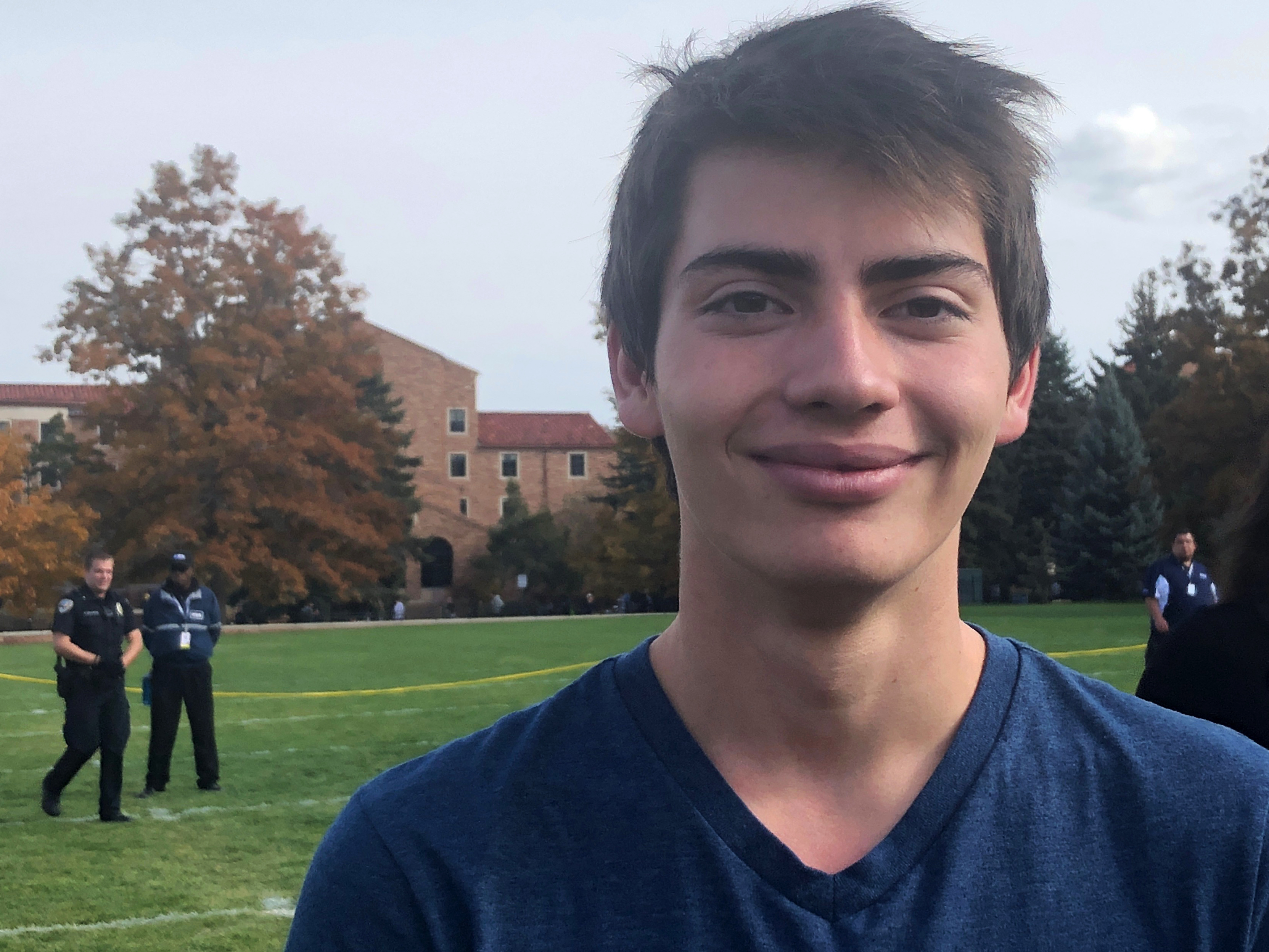 “There’s a large group who are very, very motivated, but there’s also a large half that don’t feel their voice heard, and so they give up on it essentially,” Sanchez said.

U.S. Sen. Michael Bennet; Joe Neguse, who is running for Congress in the 2nd Congressional District; and Rep. Jared Polis all spoke at the rally.

Polis touched on clean energy and his goal to move Colorado to 100 percent renewable energy by 2040. The candidate also said he would take on the gun manufacturing lobby if elected, and blasted his Republican opponent, treasurer Walker Stapleton.

“We can either elect a Donald Trump yes man like Walker Stapleton or someone who will always put Colorado first and always will,” Polis said.

Meanwhile, Republicans used the fact that Sanders is in town to attack Polis. During their final gubernatorial debate Tuesday night, Stapleton criticized Polis for being closely aligned with Sanders, and policies he feels are too extreme for Colorado. Stapleton said it’s fitting the two are campaigning together.

Recent polls suggest that Polis has a comfortable lead in the governor’s race, but that other statewide races, including control of the state Senate, appear to be much closer.