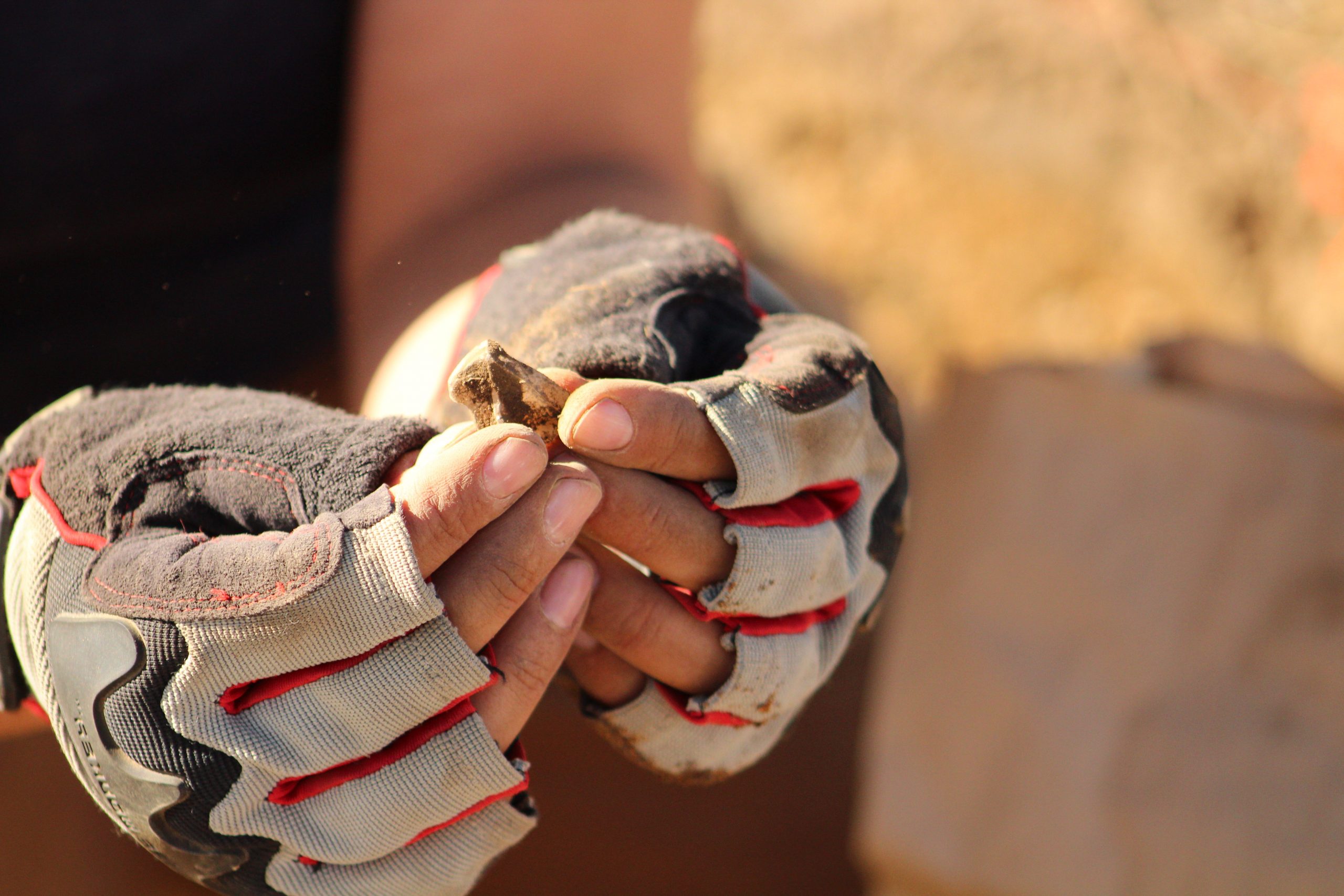 Abigail Beckman / 91.5 KRCC An archaeologist holds up a piece of glass she found while excavating in Garden of the Gods park. 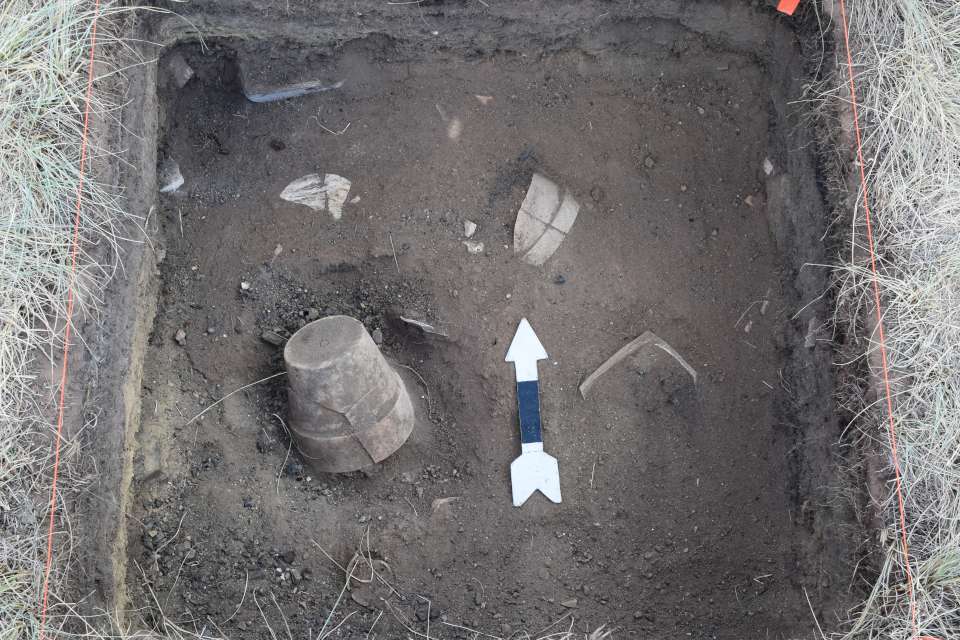 City of Colorado Springs The artifacts found at the site include broken pottery and an upside down flower pot. 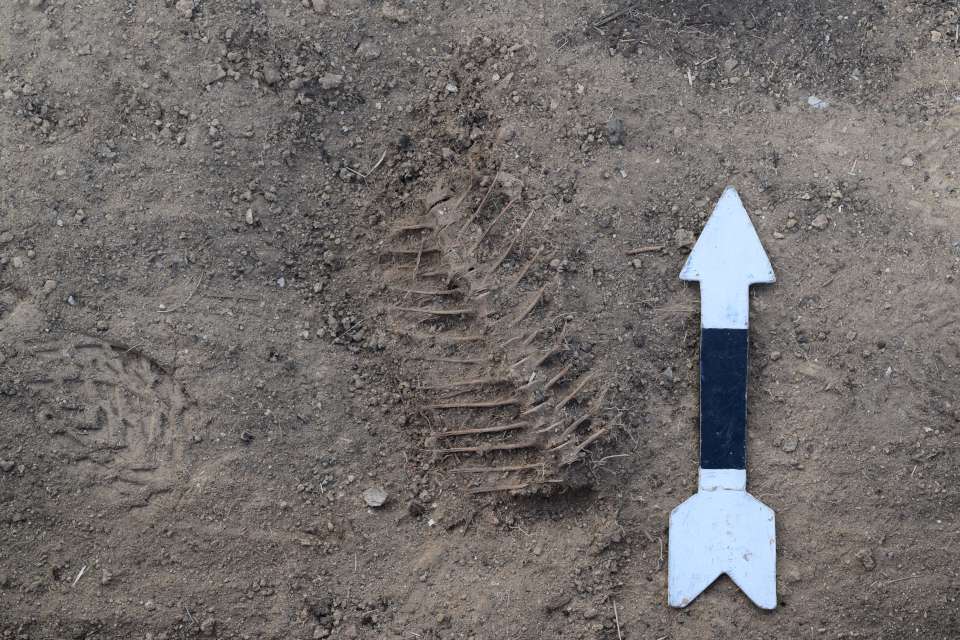 City of Colorado Springs A fish bone is among the food debris found during the dig. 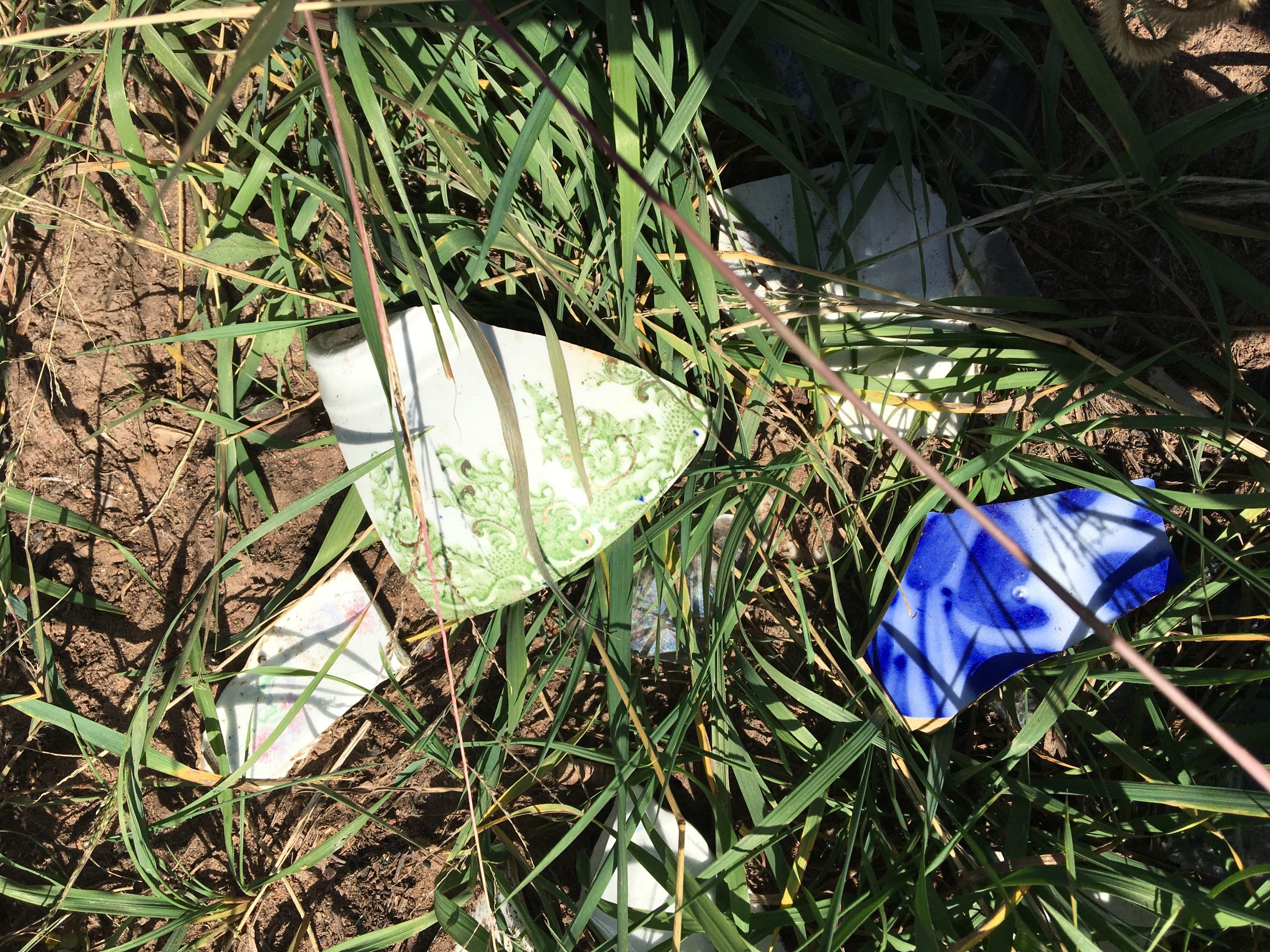 City of Colorado Springs Broken pieces of china and pottery.

To find the items, archaeologists are literally digging through General Palmer’s trash. They’ve uncovered broken ceramics, oyster shells, fish bones and glass bottles from the late 1800s and early 1900s. All are believed to be from Palmer’s refuse heaps when he lived on the north side of Garden of the Gods at the Glen Eyrie Estate.

“We’re getting buttons, we’re getting cufflinks—things that are actually physical representations of these individuals lives... and that’s the fun stuff,” Prouty said.

According to the city, more than 135 excavation plots have been investigated by Alpine. The work is funded through the Colorado State Hazard Mitigation Grant Program. Archaeologists have been excavating the area since early October and will finish up next week.

The site was discovered during work for the Camp Creek Drainage Improvement Project. The project was initiated in 2015 following rainstorms that led to serious erosion in Camp Creek, a result of the Waldo Canyon Fire. Once discovered, it was determined the site was eligible for the National Register of Historic Places. The city says  a memorandum of agreement was signed in August, requiring data recovery before work on the drainage project could continue.

The Colorado Springs Pioneers Museum will house the extracted artifacts in as part of a major new exhibit about Palmer late next year. Matt Mayberry, cultural services manager for the city and director of the museum, likened the discovery to Christmas.

"We're going to find out more and more as these objects go back to the lab and as the archaeologists analyze the materials," Mayberry said.

There will be guided public tours of the dig site available 11 a.m.-12:30 p.m. and 3-4:30 p.m. November 17-20. Depending on the weather, the tours are scheduled to start at the Garden of the Gods Visitor & Nature Center on the second floor balcony before departing for the site.

William Jackson Palmer was born in 1836. He was a was a Civil War general, railroad tycoon, and the founder of Colorado Springs. Palmer died in 1909.

DiscoverCOS: Archaeological Dig from City of Colorado Springs on Vimeo.