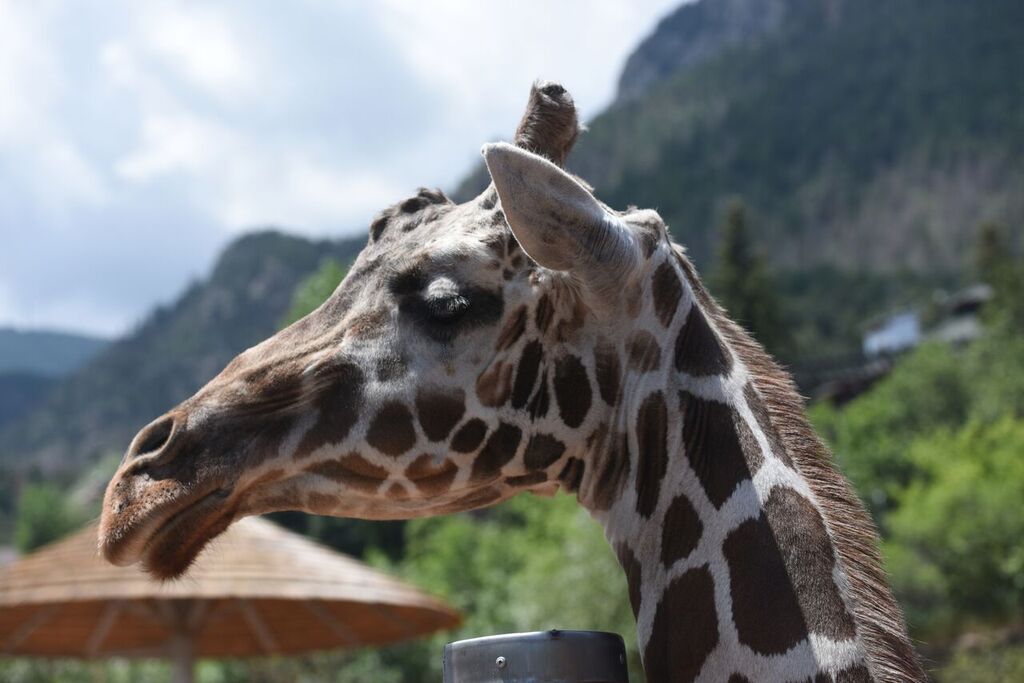 Zoo officials say the oldest giraffe in North America has died in Colorado Springs after her health rapidly declined.

“She was the nicest giraffe on the planet,” said animal care manager Jason Bredahl in a news release. “She would sit under the lettuce hut and eat lettuce all day long and made millions of people's days. If you have a giraffe selfie on your phone, there's a good chance it's with Tamu. She was a guest favorite, for sure.”

Tamu was recognizable by her dark, bushy eyebrows.

The zoo said Tamu was considered geriatric. She “passed peacefully and naturally surrounded by keepers and vet staff who cared for her deeply.”

Staff began to notice changes in her behavior Thursday morning and she died a couple of hours later. She had been with the zoo since April 2003 and gave birth to six calves and had more than three dozen grandcalves and great-grandcalves.

She was often affectionately referred to as “Moose” or “Grandma.”

“She was known for taking care of calves because she was so gentle,” said Amy Schilz, senior giraffe keeper in the zoo's statement. “I remember when we put up new shade structures in the yard and the calves hadn’t learned to use them as shelters when it rained. Tamu would go out into the rain to stand over the calves to protect them.”

The herd at the Colorado Springs zoo now numbers 15 giraffes. Two of its giraffes died earlier this year.

The zoo said in the past 20 years, there has been an estimated 35 percent decrease in the wild giraffe populations.

Cheyenne Mountain Zoo has partnered with the Giraffe Conservation Foundation to support conservation efforts. The zoo raised over $75,000 by donating seventy-five cents of every admission to conservation.

“She will be missed so much,” Schilz said. “She was really, really smart. Just yesterday, she was participating in training for hoof care. She had a great heart.”