Republicans launched a series of statewide rallies Friday to protest a slew of bills the Democratic-controlled state legislature passed before the session ended May 3. All-night hearings and tense floor debates were part of the four month-long tumultuous session.

Protests took place in Denver and five other Colorado cities. About a 100 people gathered at the state Capitol on Friday evening.

Republicans say new oil and gas regulations and a paid family leave bill are among measures that will make it more expensive to live in Colorado as well as drive jobs away.

The common theme from the state GOP is that government interferes with people’s lives, and Democrats have overreached on a host of issues. 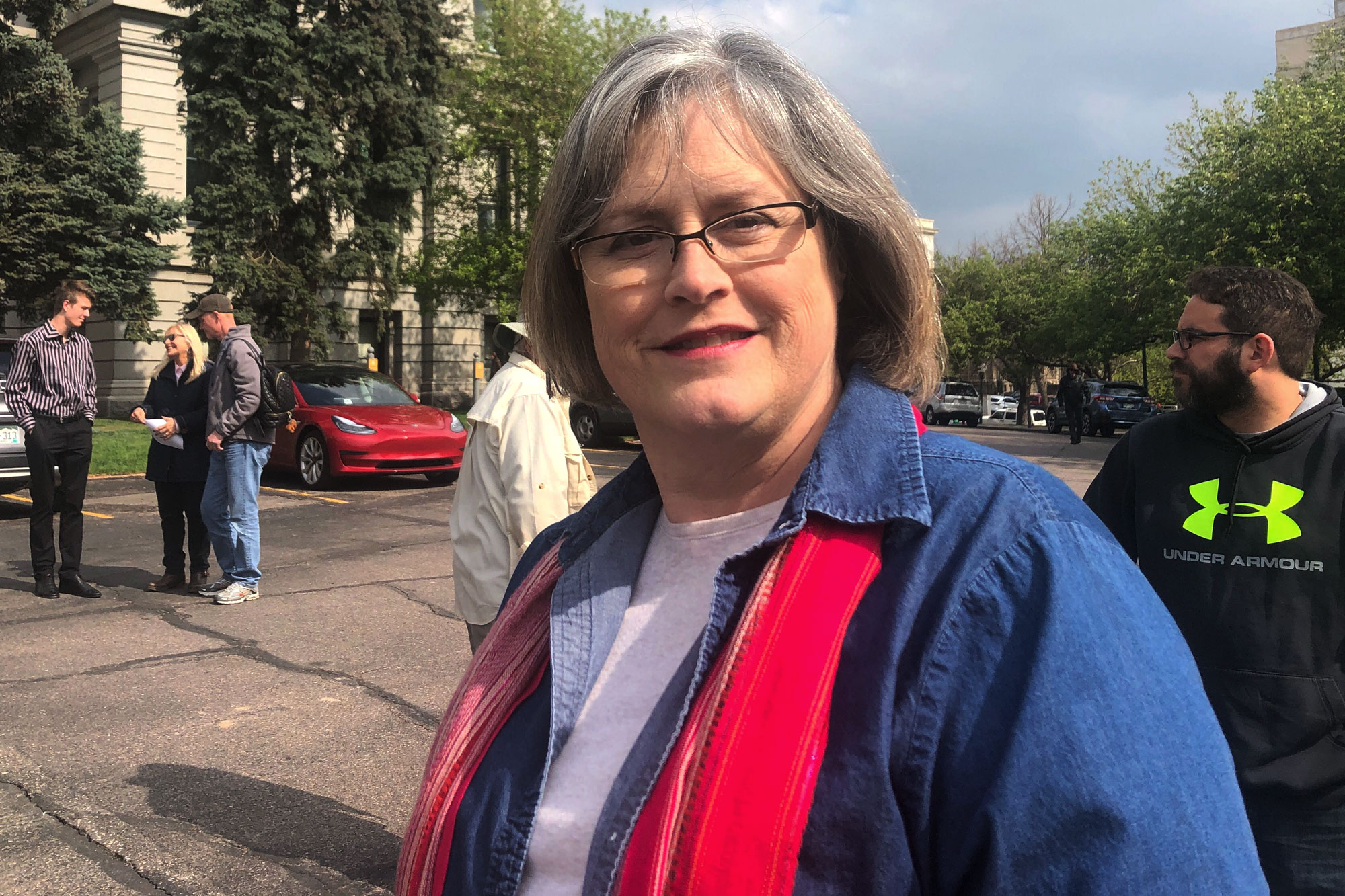 “I think we can solve a lot of health care problems through other things than legislation,” retired pharmacist Carol Baker said. “I think there are legislators who feel important because they passed some legislation.”

Baker, who attended Friday’s rally, is a registered Republican from Aurora. Her biggest worry is how Colorado would deal with any unintended consequences that stem from some of the new laws.

“I’m basically just for smaller government, as in, let’s take some responsibility for things that we have a vested interest in,” she said. “And if we take care of things well enough, then we don’t need legislators to take care of it.”

Among the challenges to recent Democratic measures are a lawsuit against the new so-called "red flag" gun law, as well as petitions circulating to try to recall state lawmakers and Democratic Gov. Jared Polis.

Speakers in Grand Junction included state Sen. Don Coram and Mesa County Commissioner Rose Pugliese. The gathering was slow to start at the city’s Old Courthouse, and further delayed when a soft rain began to fall.

When 89-year-old Tom Foster saw only a few people mulling around, he thought he had the wrong time.

“You know, at my age, I’m accused of that every once in a while,” he said with a smile.

Foster was intent on staying, however, and said he was “disappointed” in people. He believes their “apathy” is helping erode the Constitution and the U.S. as a whole.

Though President Donald Trump has “some problems,” Foster said he’s disturbed by how often people speak ill of the president.

“And if we don’t re-elect him again, we’re sunk. We’re down the drain, and we’ll never be near what we started out with, even 20 years ago,” he said.

Eventually, about three dozen people did show at the courthouse, including a few bikers holding American flags and a family with young children carrying homemade signs that demanded the recall of Gov. Polis.

While national politics were on the lips of some, many people were more focused on what they saw as injustices in western Colorado caused by the governor and Democratic-controlled legislature. Some of the most-used phrases, by speakers and attendees alike, including “Boulder values” and “government overreach.”

Sherronna Bishop, a political activist and mom from Silt, said she was troubled by what she saw as big-city Democrats and their “majority tyranny.”

“If you were following the legislative season, it was literally, you know, every other day, a new bill that the majority of the state did not agree with,” she said.

Beyond the red flag law, the bill that could possibly change how Colorado awards its electoral college votes was another target. Both are “inappropriate” for Western Colorado, Bishop said.

She’s especially disappointed with Gov. Polis, who she believes is not listening to all voices in the state.

Though former Gov. John Hickenlooper was also a Democrat, Bishop said he backed off from many extreme measures and “worked for the people.”

“And that was awesome. You know, know your audience,” she said. “And I definitely do not see Jared Polis doing that, nor the representatives in the Democratic party.”