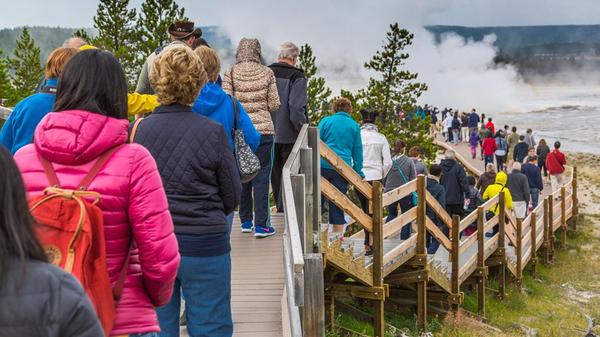 Memorial Day weekend kicked off the summer season for national parks in the Mountain West. And according to new data, 2018 was good year for the country and the region.

The annual report from the National Park Service takes a close look at how much visitors spend on things like hotels, food, and retail. Stephanie Loeb, with the park service, said this year they were able incorporate newly available survey data.

"We're able to see now that people are spending more time in parks, staying longer in gateway communities, and spending more money than what was previously estimated," she said.

In the Mountain West, that meant over $3.5 billion in 2018, with Wyoming, Montana and Utah bringing in the most dollars.

Loeb said right now 80 percent of visitor entrance and recreation fees remain in the park where it is collected. The park system as a whole continues to face an almost $12 billion backlog. Recently, plans by Interior Secretary David Bernhardt came to light to use entrance fees to pay for full time employees salaries.

In a statement, NPS Deputy Director P. Daniel Smith said, "The Secretary's decision to allow more flexibility in the use of fee revenue empowers park superintendents to better meet the needs of park visitors, resources, and infrastructure. The policy provides carefully considered parameters that ensure that the funds are used responsibly, while recognizing that park superintendents are best suited to prioritize these important resources on behalf of their park and visitors."

In 2018, Yellowstone had its third busiest year on record.

This story was produced by the Mountain West News Bureau, a collaboration between Wyoming Public Media, Boise State Public Radio in Idaho, KUNR in Nevada, KUER in Salt Lake City, and KRCC and KUNC in Colorado.