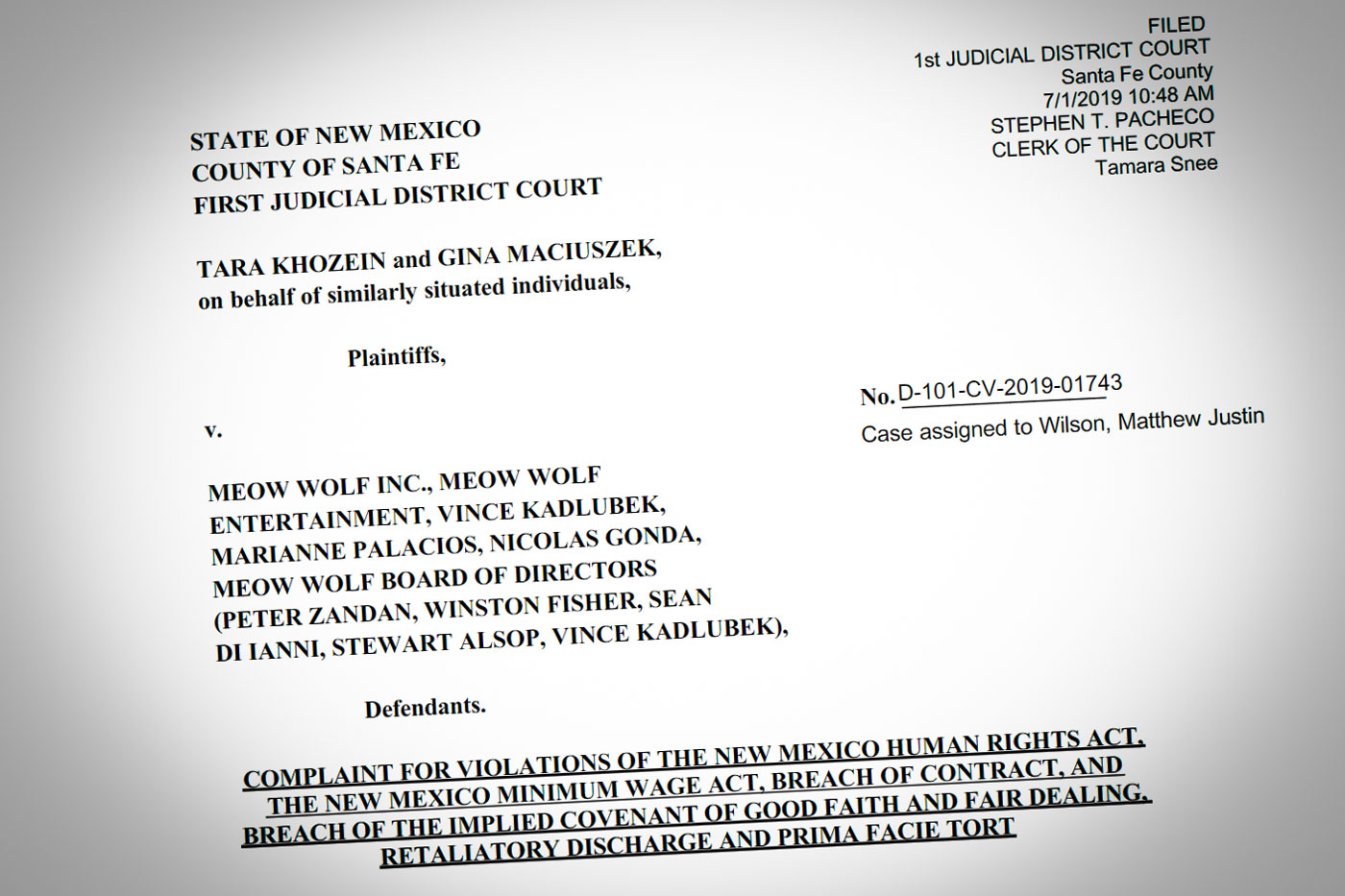 Tara Khozein and Gina Maciuszek, who held creative positions with the corporation, accused Meow Wolf of gender and racial discrimination, as well as violating the New Mexico Minimum Wage Act. The plaintiffs also said they were wrongfully terminated after sharing complaints with the organization.

Meow Wolf, which expects to open its Denver location in 2021, denied the allegations.

“Meow Wolf is firmly committed to fair employment practices, equitable pay and supportive treatment of all employees. Beyond the letter of our strict formal policies prohibiting discrimination of any type, we have recognized the need to proactively address the potential for gender bias in society at large and, as such, have invited an open, forward-looking, productive – and ongoing – internal dialogue designed to continue to ensure our workplace is positive, respectful and safe and our workforce is informed and engaged. In addition, as Meow Wolf has grown in recent years, we have further invested in our employees through increased professional development opportunities, benefits and compensation, including implementing a $17/hour minimum wage that ranks Meow Wolf among the highest paying arts-industry employers in New Mexico. We are surprised and deeply saddened by these baseless allegations, which run completely counter to our culture, and will defend against them through the legal process.”

Khozein and Maciuszek hope to have their case recognized as a class action suit that would include more than 50 women who have worked at Meow Wolf since 2017.

Meow Wolf is a public benefit corporation, or B corp, which means the company must have community-minded objectives in addition to profit goals.