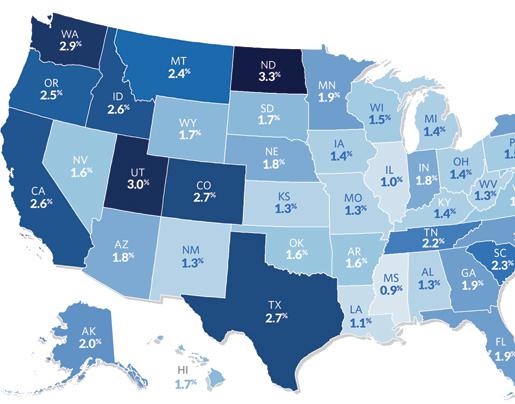 Since the Great Recession, personal income and jobs have grown across the country and throughout our region. But that growth is uneven.

Ever since the Great Recession began at the end of 2007, the U.S. has seen personal income grow at an annual rate of 1.9 percent. That's according to a report released this month by Pew Charitable Trusts.

In our region, Utah, Colorado, Idaho and Montana have all seen personal income rise well above average, while Nevada and Wyoming saw slower than average growth.

"The primary reason for this has to do with our ability to connect to larger markets, where there's other people, where there's banking infrastructure, and where the labor market is," says Ray Rasker, executive director of Headwaters Economics, an independent, nonpartisan research group based in Montana.

"So if you're in a city that has an airport, you have a distinct advantage," he says.

Personal income measures both wages from labor and non-labor sources, like government benefits and investment gains--which all have been growing in the West.