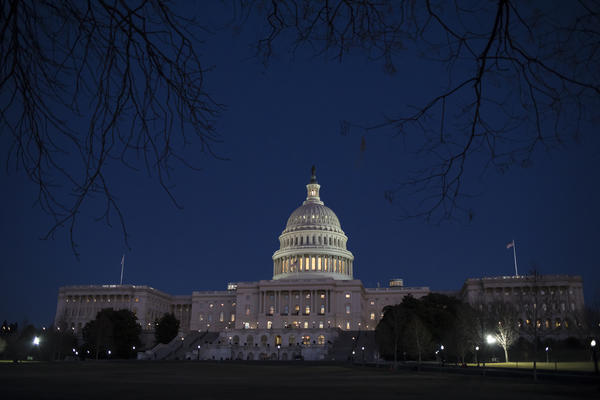 Federal agencies are trying to tackle the crisis of missing and murdered indigenous women after years of extremely limited record-keeping and uncoordinated attempts to address these crimes.

Members of a House Natural Resources subcommittee hearing on Wednesday challenged those federal agencies to explain where they’ve made progress this last year in fighting the crisis in the United States. While data is limited, native women do face some of the highest rates of violence and sexual assault of any group.

Representatives from the Department of Health and Human Services, Bureau of Indian Affairs and Department of Justice testified before the subcommittee for Indigenous Peoples of the United States. All three outlined ways that they’re trying to gather better data on these crimes and are trying to get more cooperation between federal, state and tribal officials.

That included efforts to link tribal communities with national systems like Amber Alert, NamUs and TAP (Tribal Access Program) to better track missing and murdered indigenous women. However, representatives pointed out that many of these efforts aren’t new, and they’d like better mileposts to track progress.

“If this was happening in D.C. or L.A. or Houston or New York or Miami, we would have a timeline. We would say that we were going to drive this down in the next year or the next two years,” said Michael San Nicolas, Guam’s Congressional Representative. “But for us to [only] be able to say ‘we are going to do our best’, I think is just very sad.”

Charles Addington, a deputy bureau director with the Bureau of Indian Affairs, said it’s difficult to address this issue and make timelines when there are still significant gaps in data and not enough people wanting to work in law enforcement in rural areas around reservations.

“It’s been very difficult to recruit not only for tribal law enforcement programs...but even other federal agencies and state agencies,” he said.

Addington said there has been more outreach in the last year communicating with tribal communities and making sure people in local and federal agencies know how to respond to missing person cases. Now, they’re looking at solutions like cold case task forces to solve some of the murders and missing person cases.

Ultimately, lawmakers said that they would keep track of the federal agencies’ progress on this crisis and would provide more oversight if insufficient progress is made.

“I do appreciate the efforts that have occurred thus far, but we want to see more beyond listening sessions,” Arizona Representative Ruben Gallego said, closing the hearing. “This is something that this subcommittee is not going to let go.”