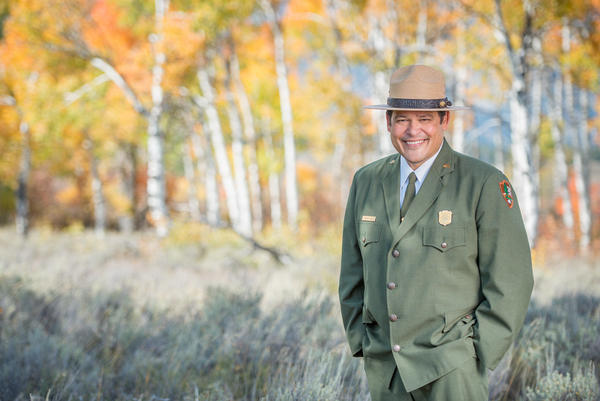 David Vela, the former superintendent of Grand Teton National Park, is now the acting director of the National Park Service.

Vela, the first Hispanic American to lead the agency, said in a news release announcing the move that he's "deeply humbled and honored."

It's been a long time coming for Vela, who President Donald Trump nominated to head to the agency in August 2018. The Senate Energy and Natural Resources Committee advanced Vela's nomination but the full Senate declined to vote, leaving Vela in limbo.

The National Park Service has been without a permanent director since Jonathan Jarvis's eight-year tenure ended in January 2017.

Theresa Pierno, head of the National Parks Conservation Association, says Vela, a 29-year veteran of the agency, is the right man for the job and deserves to shed the "acting" title.

"To not renominate him and give him the authority to really manage will continue to undermine his ability to do what needs to be done," Pierno said.

As the Jackson Hole News&Guide reports, Vela, during a confirmation hearing last fall, "pitched himself as the humble, principled 'child of a sharecropper' and said he would prioritize addressing the Park Service's $11 billion-plus deferred maintenance backlog and the agency's sexual harassment scandals."

Have a question about this story? Contact the reporter, Kamila Kudelska, at kkudelsk@uwyo.edu.