Grand Junction has stood at the confluence of the Gunnison and Colorado rivers since 1882. In those 138 years, the Western Slope city has never seen a large-scale celebration of Juneteenth. Until now.

Like the marches and vigils held here sparked by the death of George Floyd, Friday’s 2020 Juneteenth celebration is the latest sign of social change in this majority-white rural city. For a community this small, it’s a pretty big deal — especially for lifetime residents like 56-year-old Janielle Westermire.

Before all the recent social change, “nobody said anything” about racism, Westermire recounted. “It was like ‘hush, hush.’ But look what’s happening now.”

Her family has lived here for five generations, ever since her great-grandfather, a freed slave, became one of the first Black people to move to the area. To her, it feels like a conversation about race is finally starting here and it’s vital that it keeps going between everyone.

She spoke about how in the civil rights era, there were “a few” white people who marched for equality. “But look around you, hon,” she said, gesturing to the youthful, energetic crowd gathered in Lincoln Park in the center of town. “All different colors. So, we are growing, but we still need to work some more.”

There were hundreds of people, of all different ethnicities, sitting on the grass under tall trees, reading up on Black history from temporary exhibits and waiting in line for large helpings of pulled pork, spaghetti and cornbread.

Demetrius Davis called it “a big day,” especially for the people here whose ancestors were enslaved, including his.

Like many people of color in the community, the 23-year-old has experienced both subtle and overt racism. At a local school where he works, he’s overheard little kids who’ve said the N-word.

He was able to deal with it, until recently.

“I'm usually pretty low key when it comes to this kind of stuff,” Davis said. “But you know, it took the death of George Floyd to really get my ass up.” 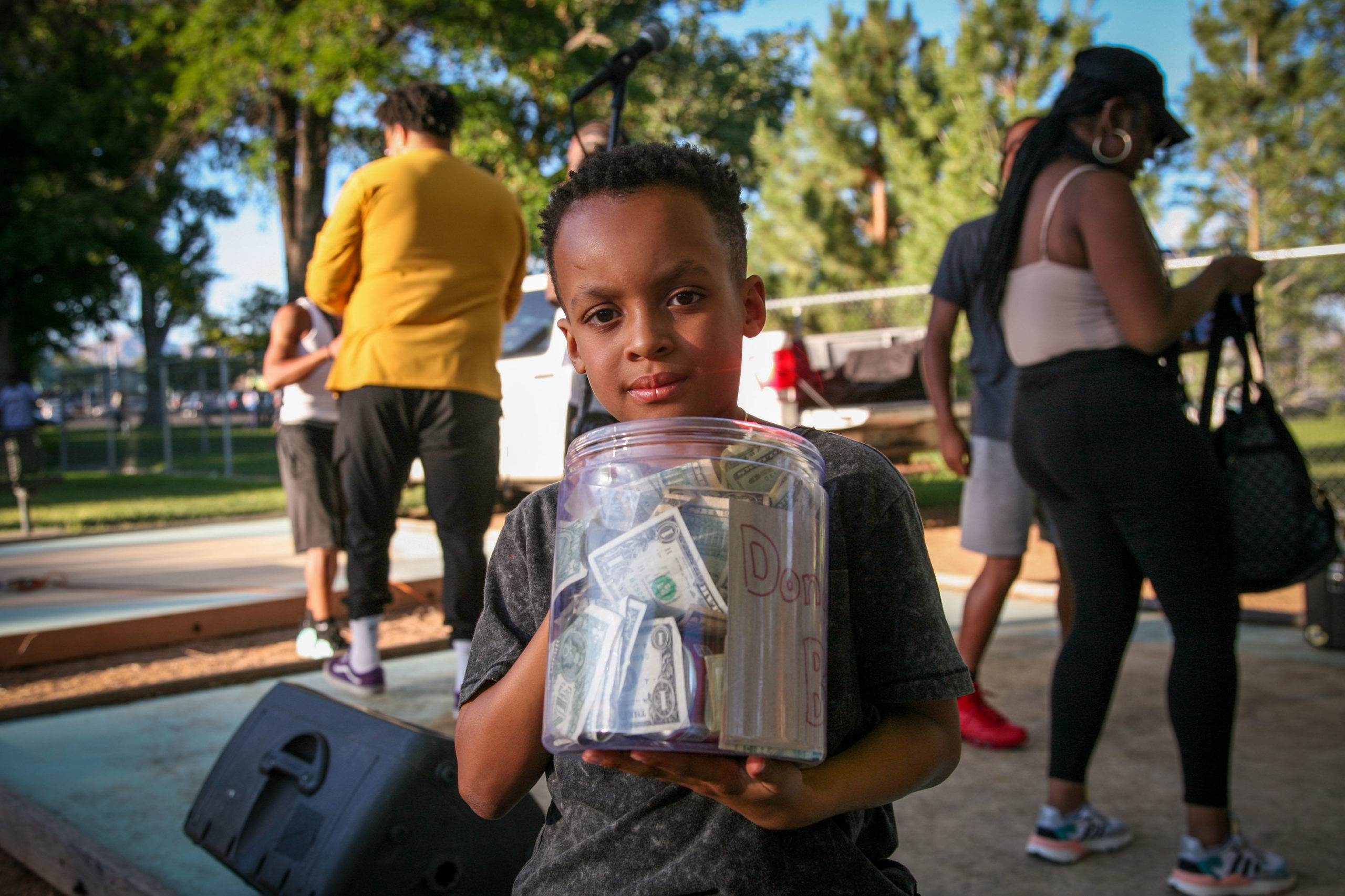 Stina Sieg/CPR NewsBryce Lockett helped collect donations to help RAW host future events, including an official Juneteenth celebration next month, when more people will be able to attend due to loosened coronavirus restrictions. 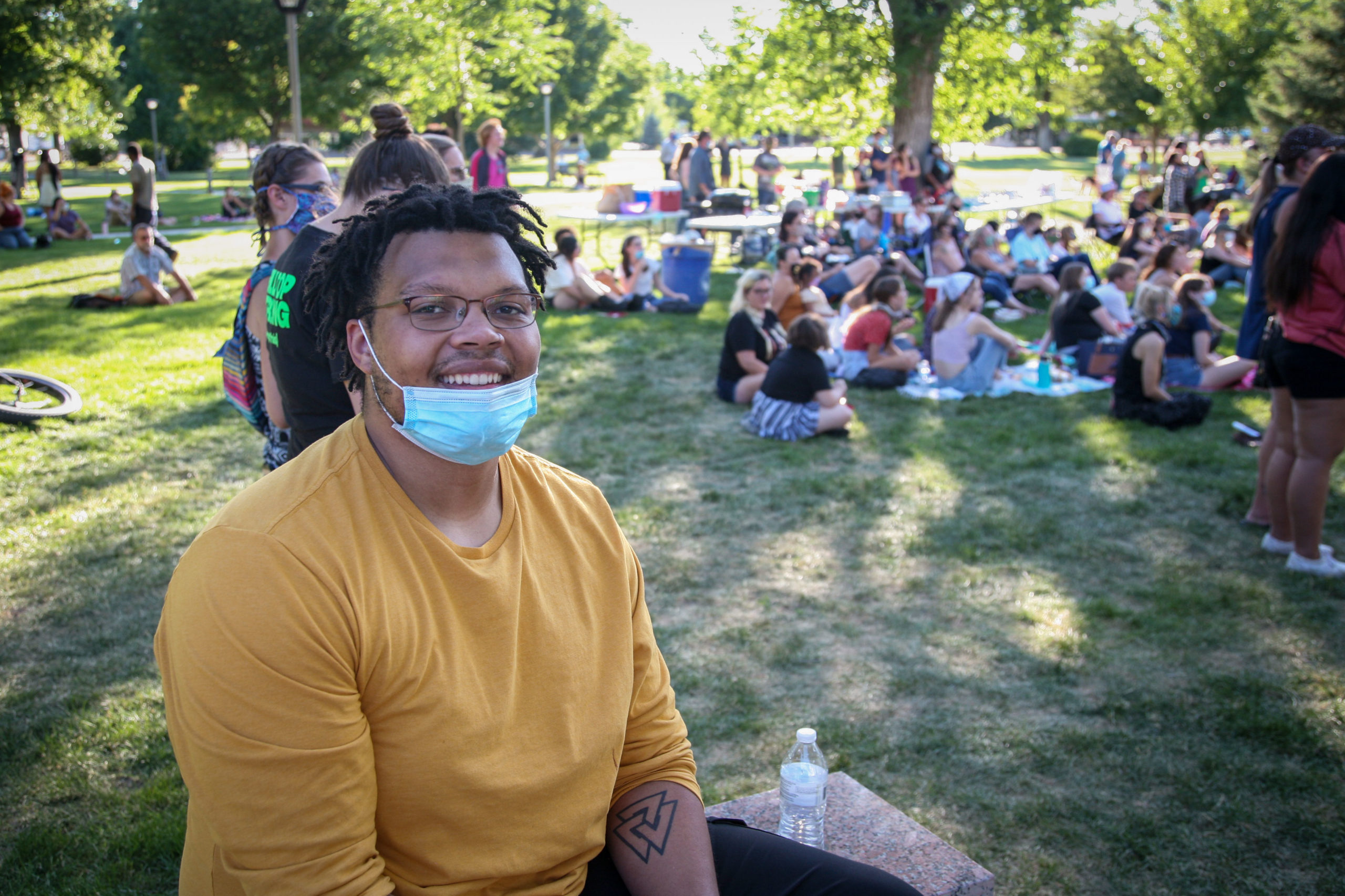 Stina Sieg/CPR NewsDemetrius Davis, 23, is part of Right and Wrong (RAW), a new group of young people of color and white allies in Grand Junction that hosted the large Juneteenth gathering. 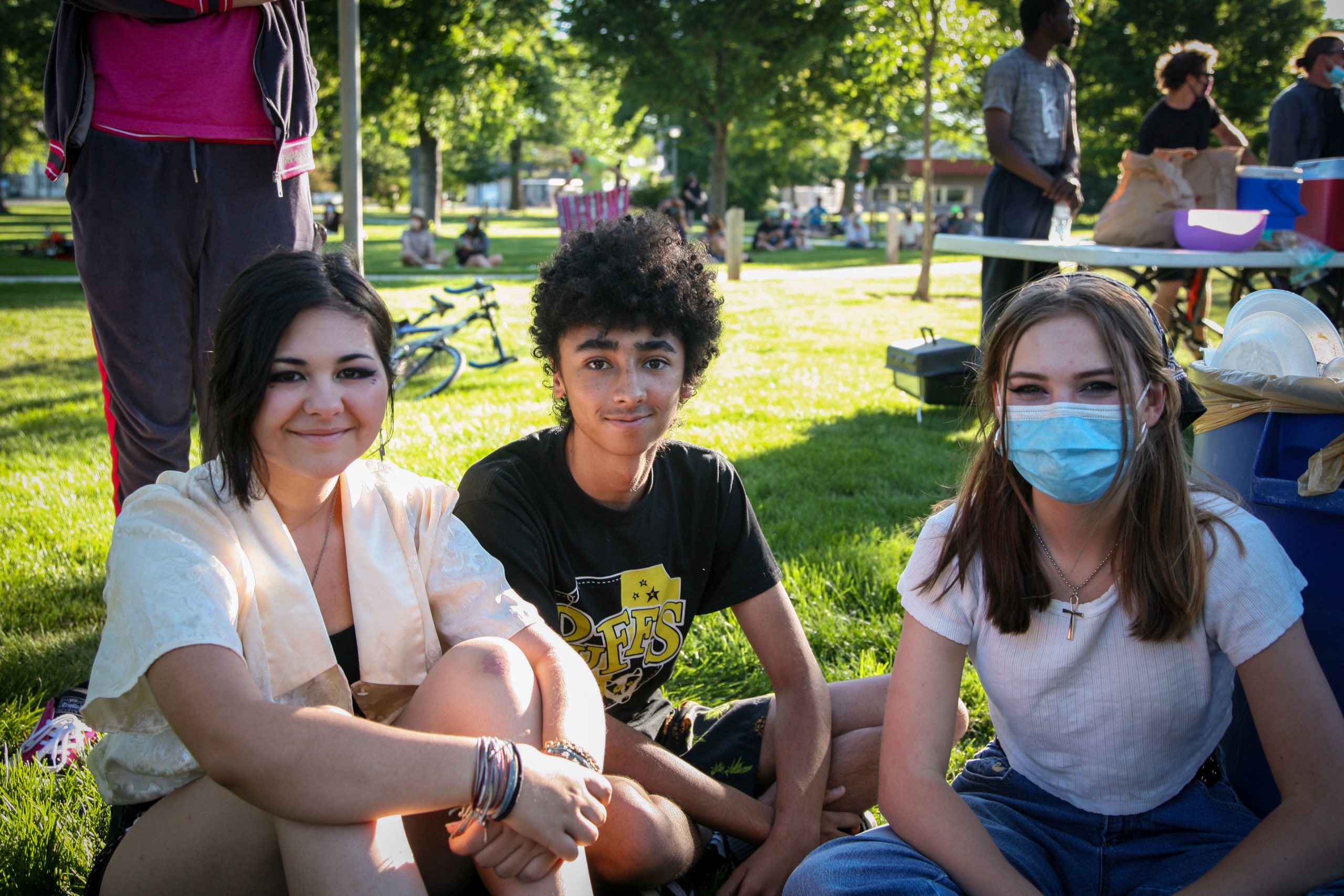 Stina Sieg/CPR NewsAntwone Blagg, center, says he never imagined an ant-racism gathering like this happening in Grand Junction, and felt lucky to be there. He’s pictured with his friends Raine Foor, left, and Laurel Collins. 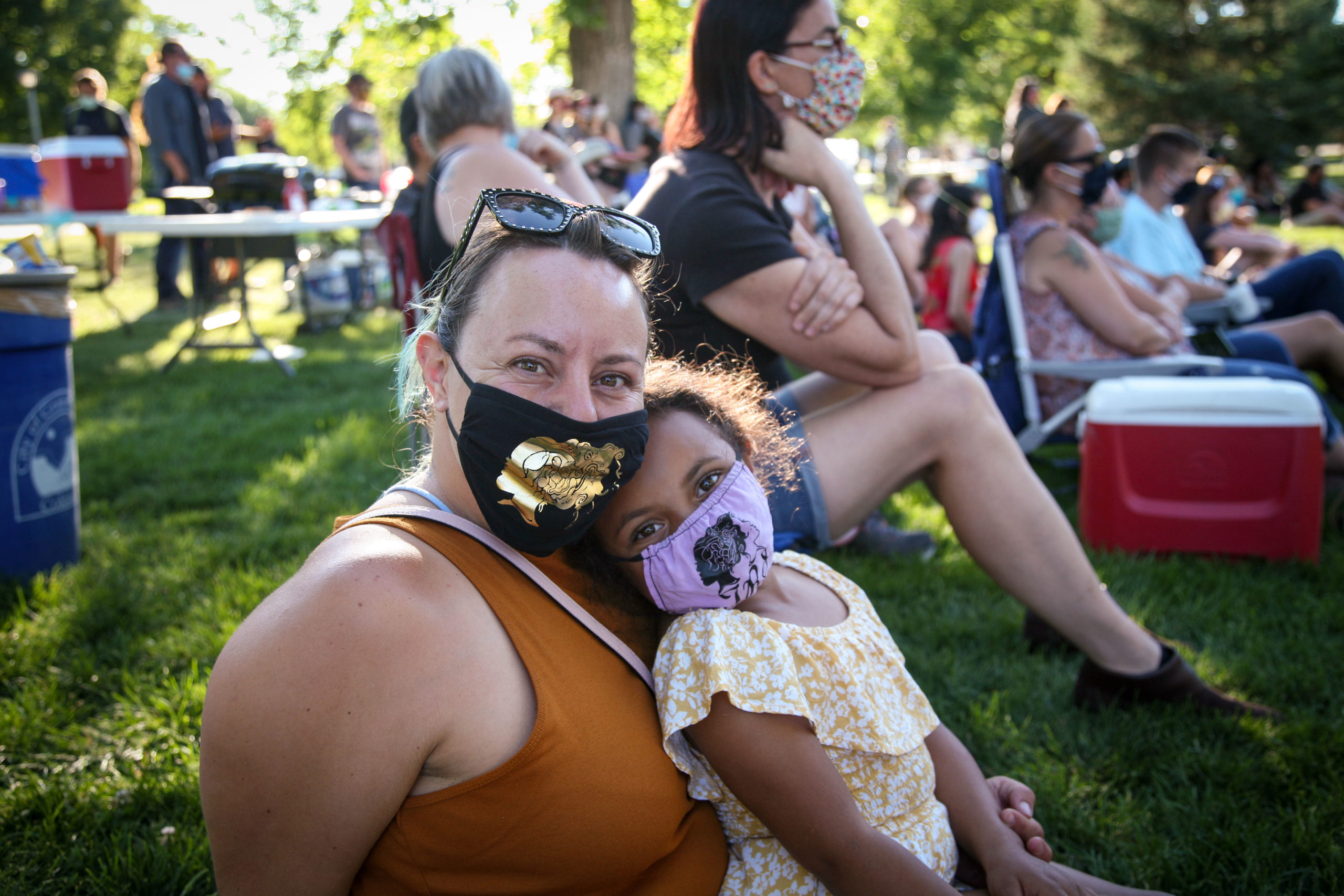 He’s now part of the community activist group that organized the day’s event, Right and Wrong. Made up of young people of color and white allies, RAW has been behind many of the area’s of the most visible demonstrations.

The change that Davis sees in Grand Junction started earlier in June when a large protest marched to the city hall. There, young people who would soon create RAW made a list of requests to city officials. Among other things, they wanted better anti-racism training for the police force and the school system.

It was formally announced at Juneteenth that one of RAW's biggest demands would also come to be: a task force made up of residents and community leaders that will address issues for marginalized communities. The idea is to connect with people who need to be heard, from people of color to LGBTQ people, and see what changes can be made.

There were plenty of speeches that evening, some by local politicians but many by RAW’s own members. Thirty-year-old Ta’Lor Jackson encouraged the crowd to have fun on Juneteenth. She also warned them about complacency.

She urged the audience to “love your Black neighbors.”

After several hours, the evening ended the way it had begun, with music and the line dance known as the “Cupid Shuffle.” Members of RAW insisted the white mayor and police chief get up in front and dance. And they did.

It was a celebration of the moment — and all the work still ahead.