About 70 Republicans, including Colorado delegates to the Republican National Convention, alternates and guests, gathered in Windsor Thursday night to watch President Donald Trump make his case for reelection as he accepted the nomination to be the GOP’s choice for president in 2020.

Trump spoke outside the White House in front of more than a thousand people, capped off by fireworks.

In Windsor, it was a relatively subdued but celebratory mood as former and current lawmakers, staff and others mingled over drinks and appetizers under a large white tent. Parked around the corner was the Team Trump bus tour that brought the president’s “promises made, promises kept!” message to Colorado as part of a national swing through key states.

Read More About How CPR News Is Covering Election 2020

“It's certainly not as fun for the delegates to be here as opposed to in Charlotte right now,” said Republican Rep. Ken Buck, the head of Colorado’s Republican Party, as he chatted standing over a cocktail table near a large outdoor television screen under white lights.

“But I think that we're making the most of it. There's a lot of energy from this president's speech, and I think people will leave this event and go out and work really hard for the president.” 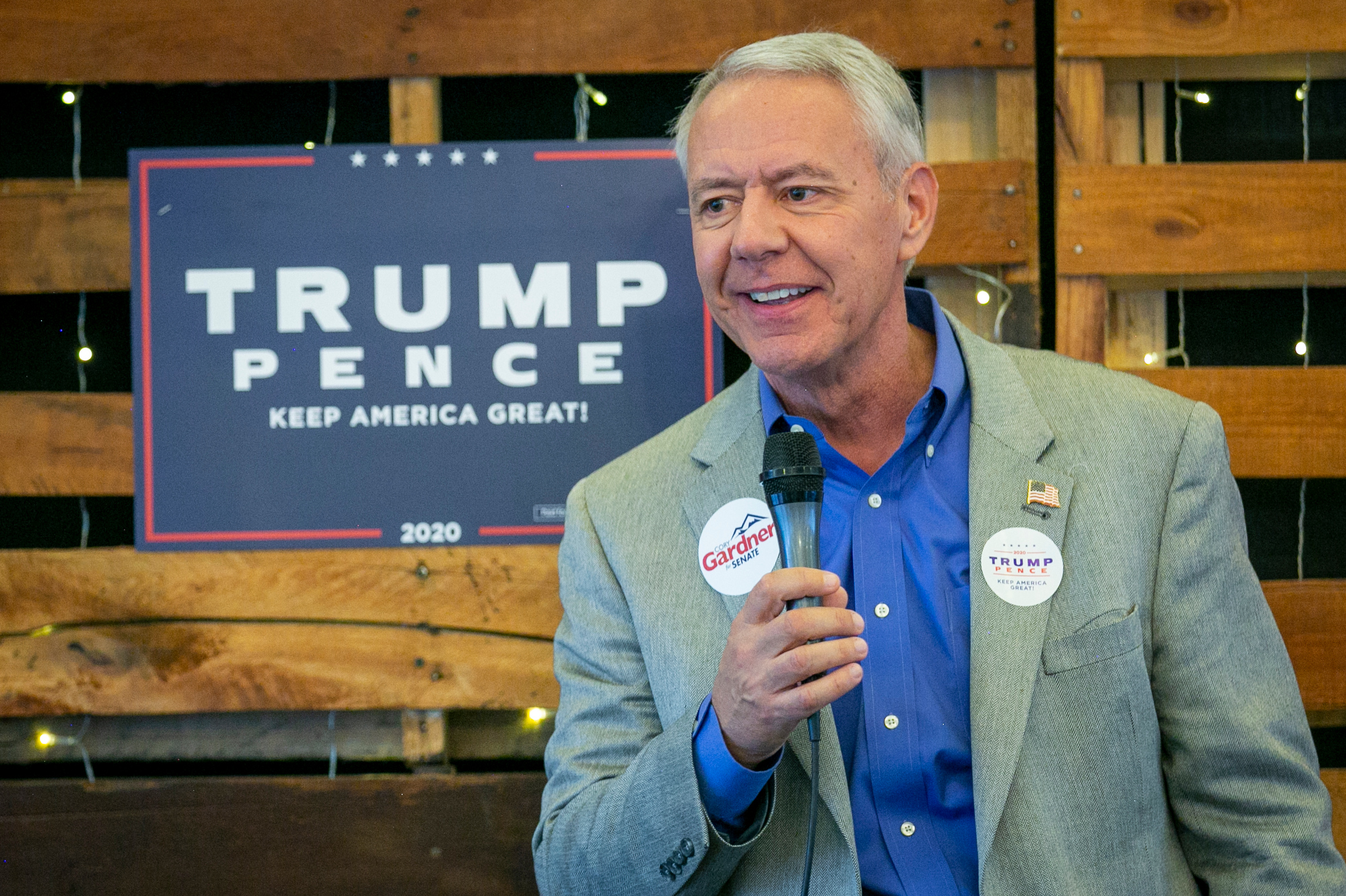 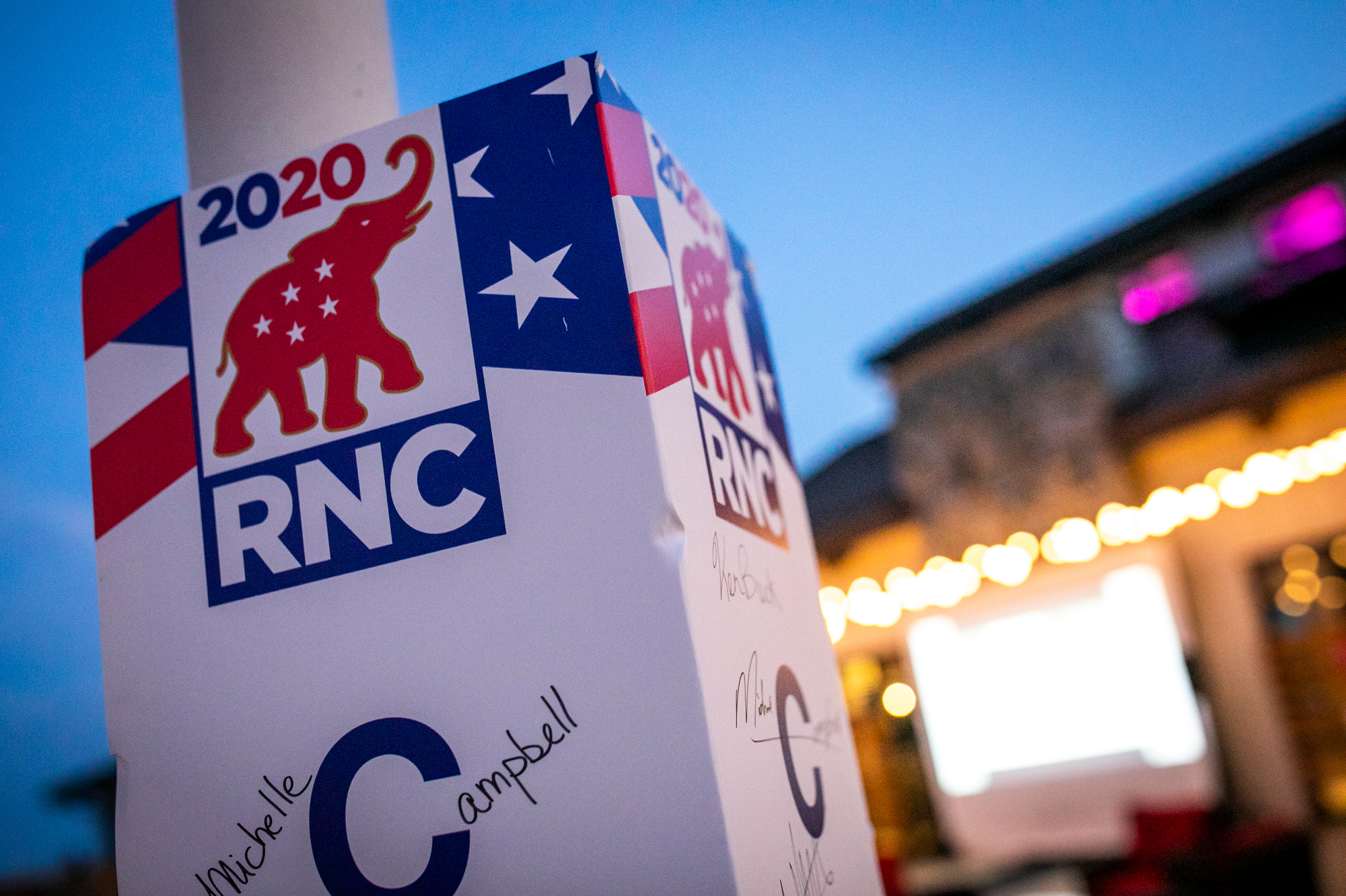 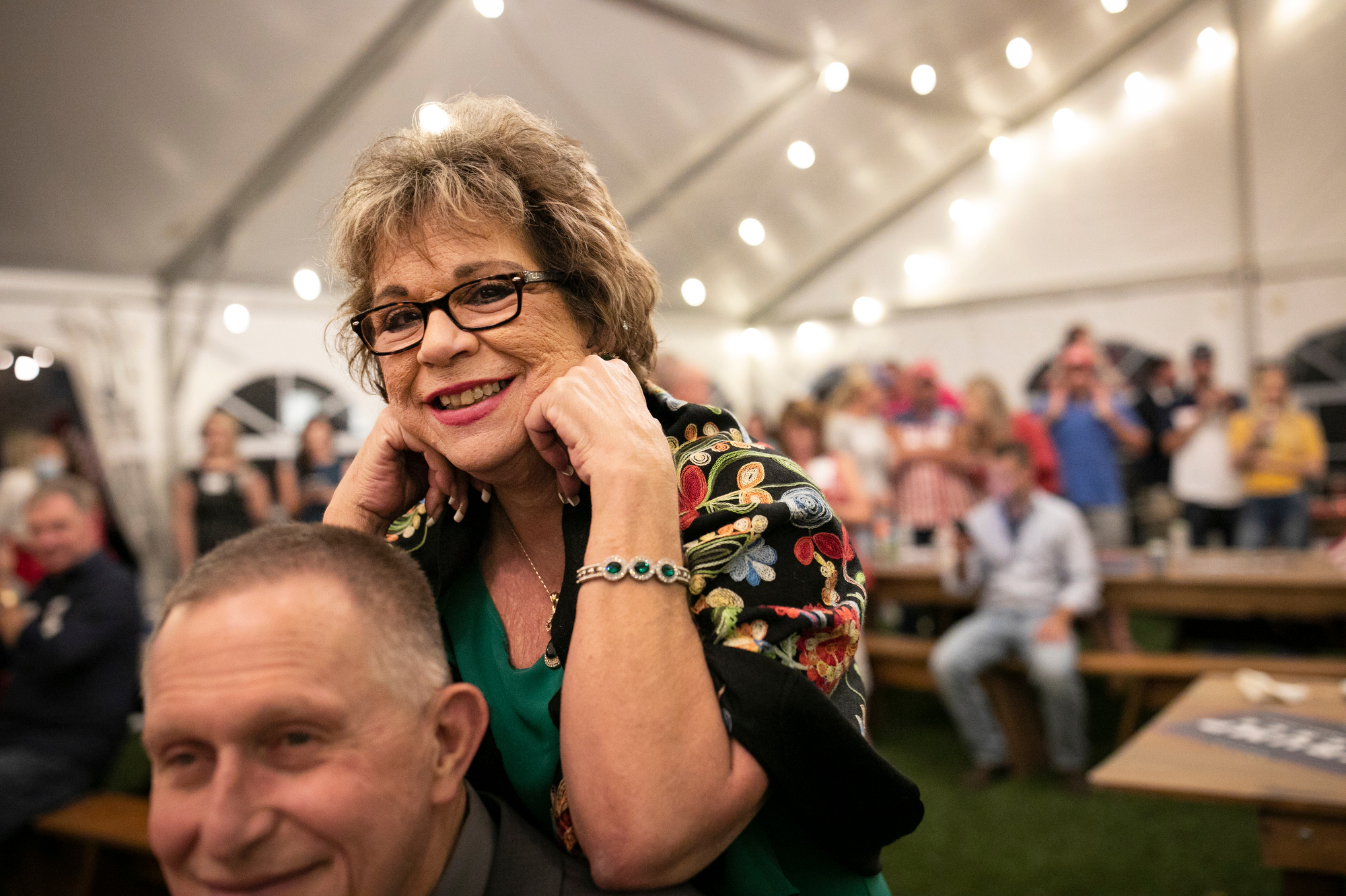 Hart Van Denburg/CPR NewsRepublican National Committee delegates from Colorado, who were not able to travel to President Donald Trump’s convention acceptance speech, gathered Thursday evening Aug. 27, 2020, for a watch party in Windsor. Maria Weese and her husband Gary listen as the president speaks. 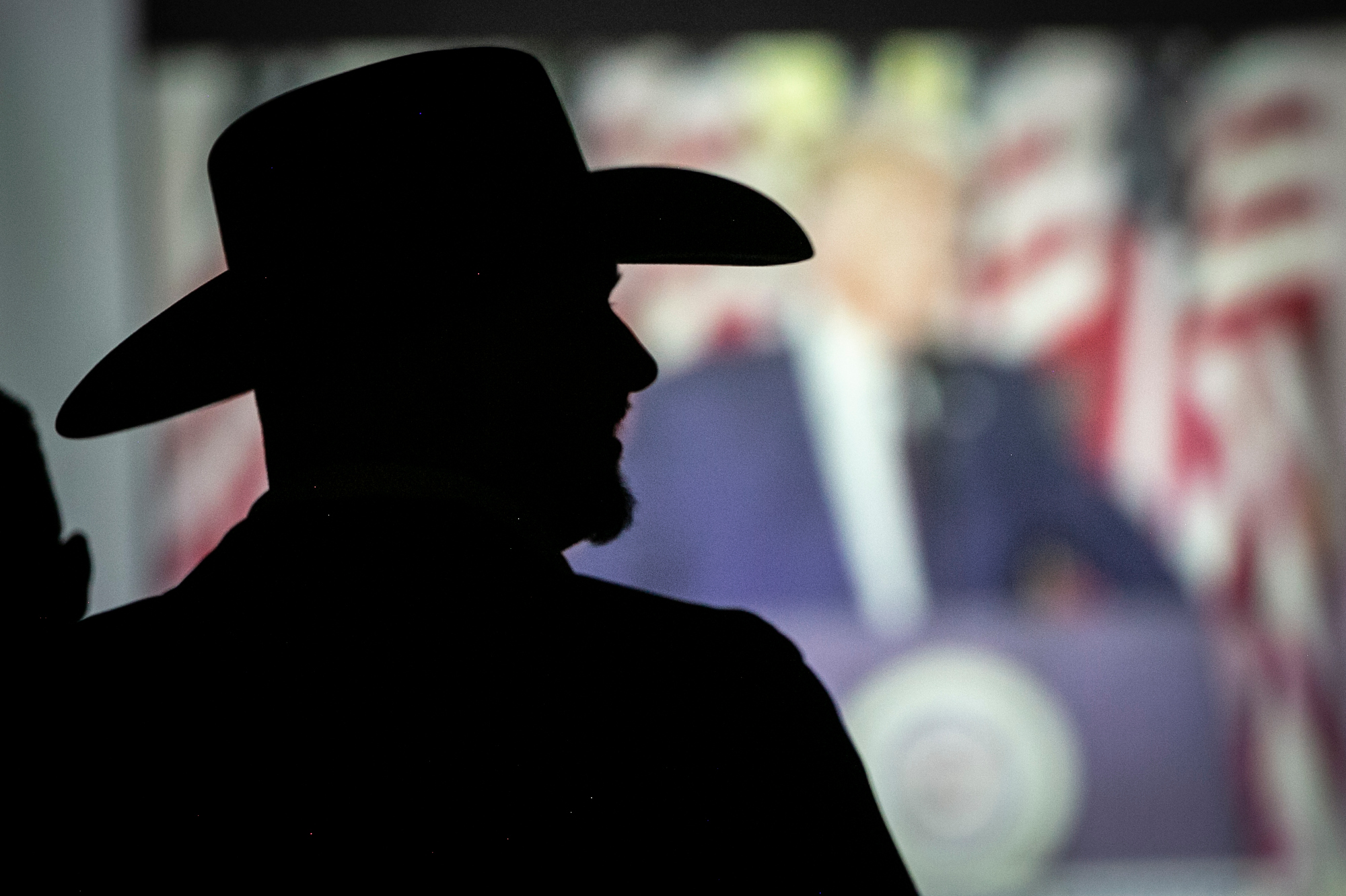 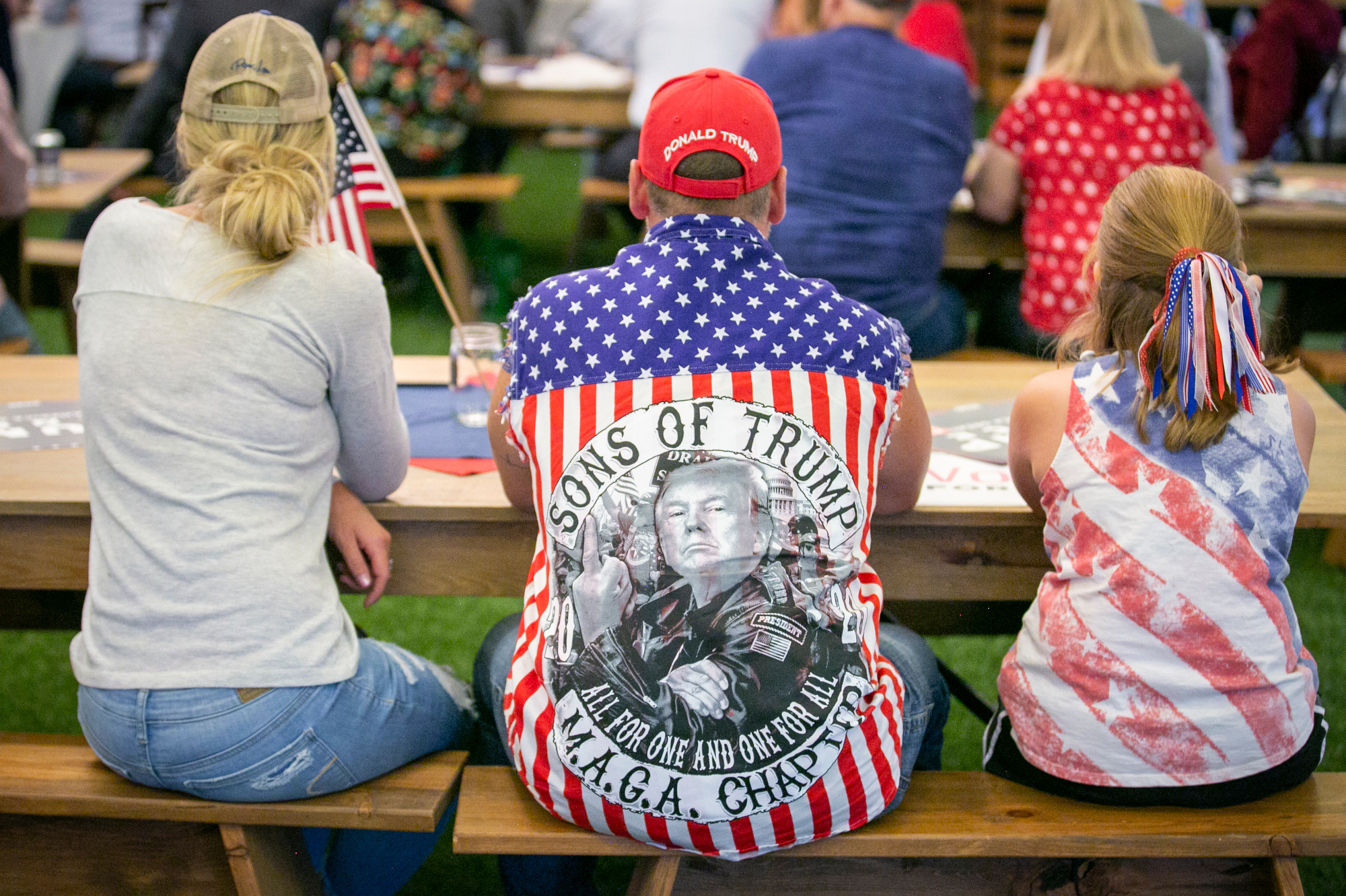 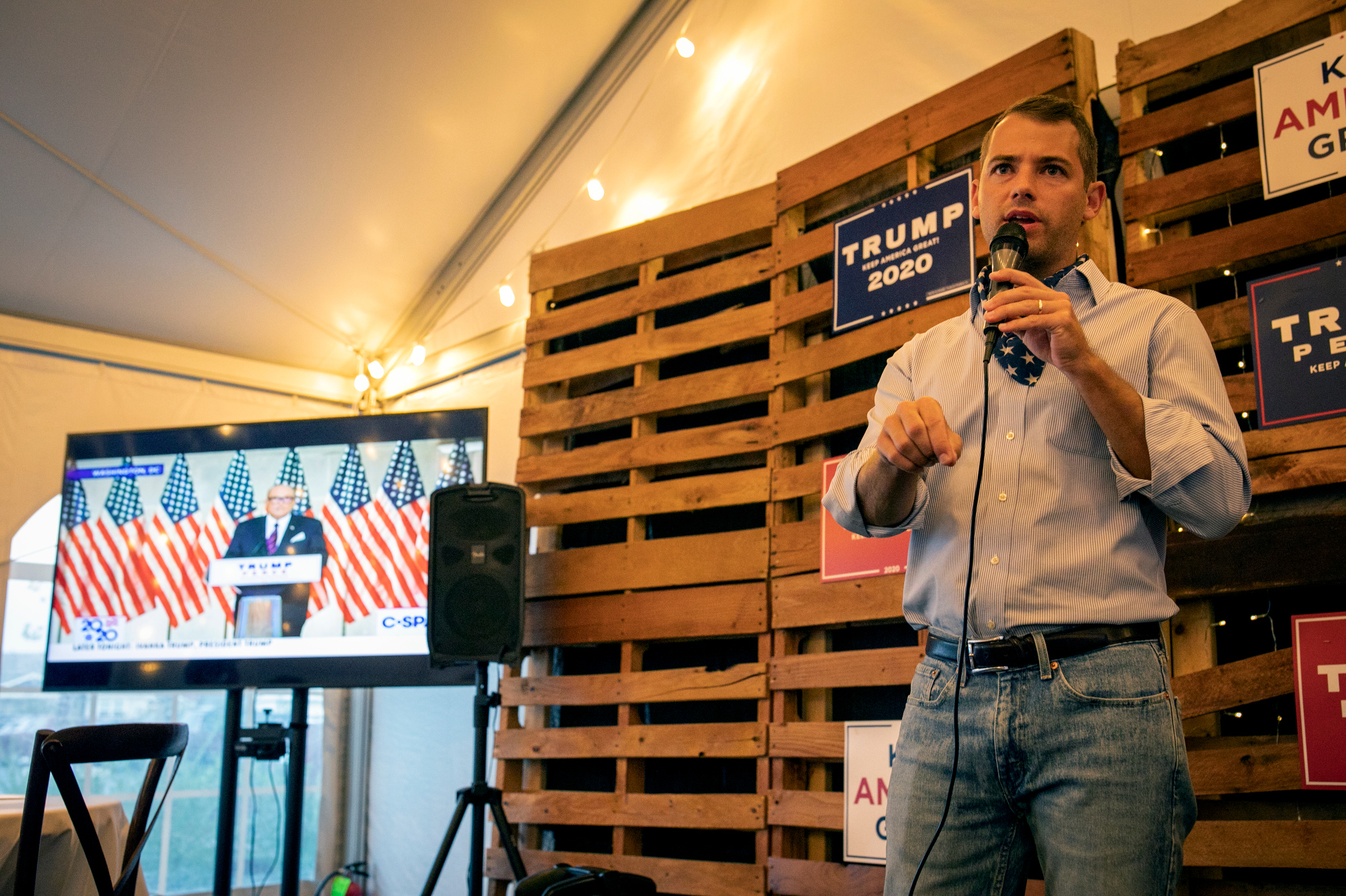 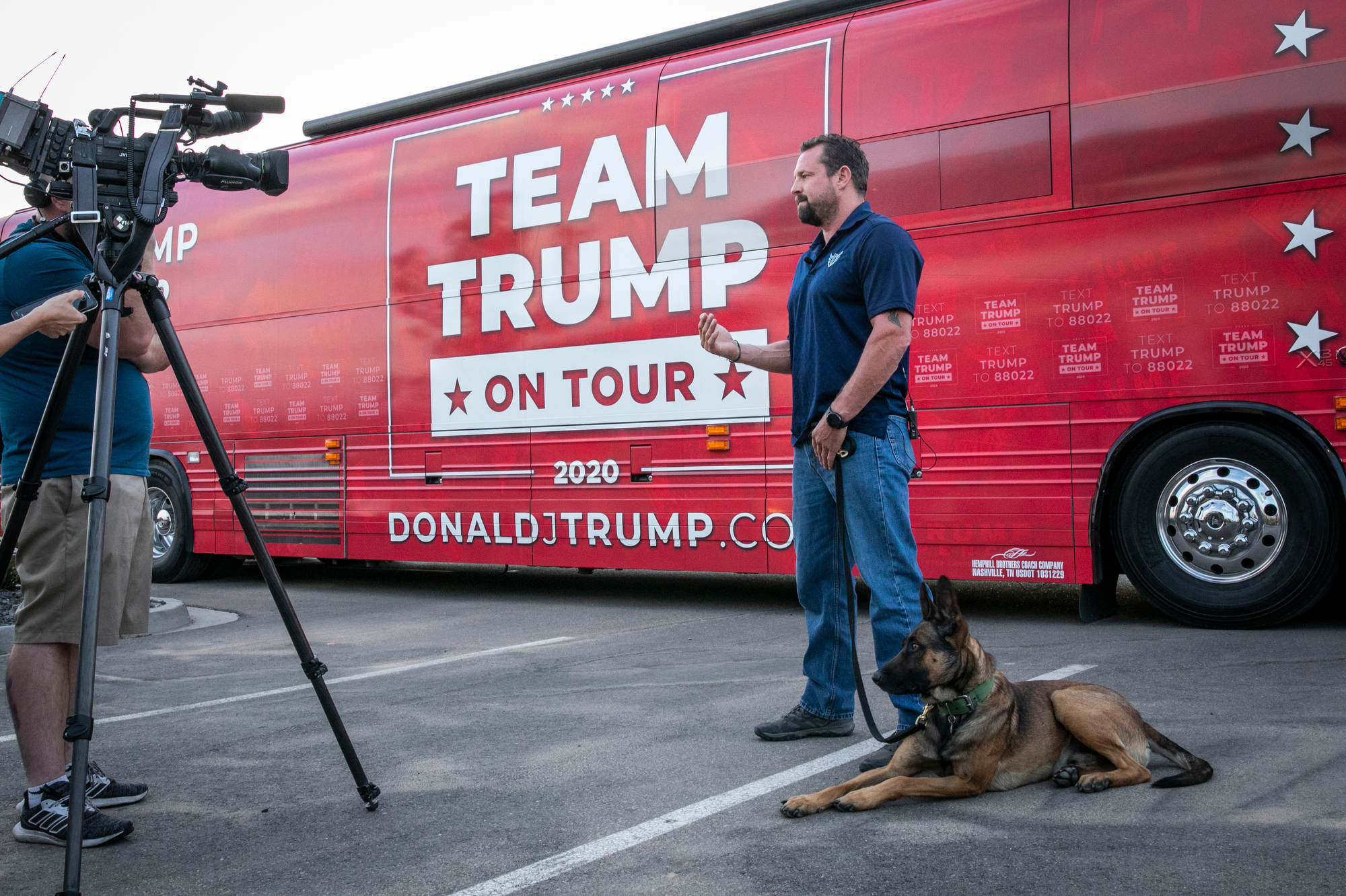 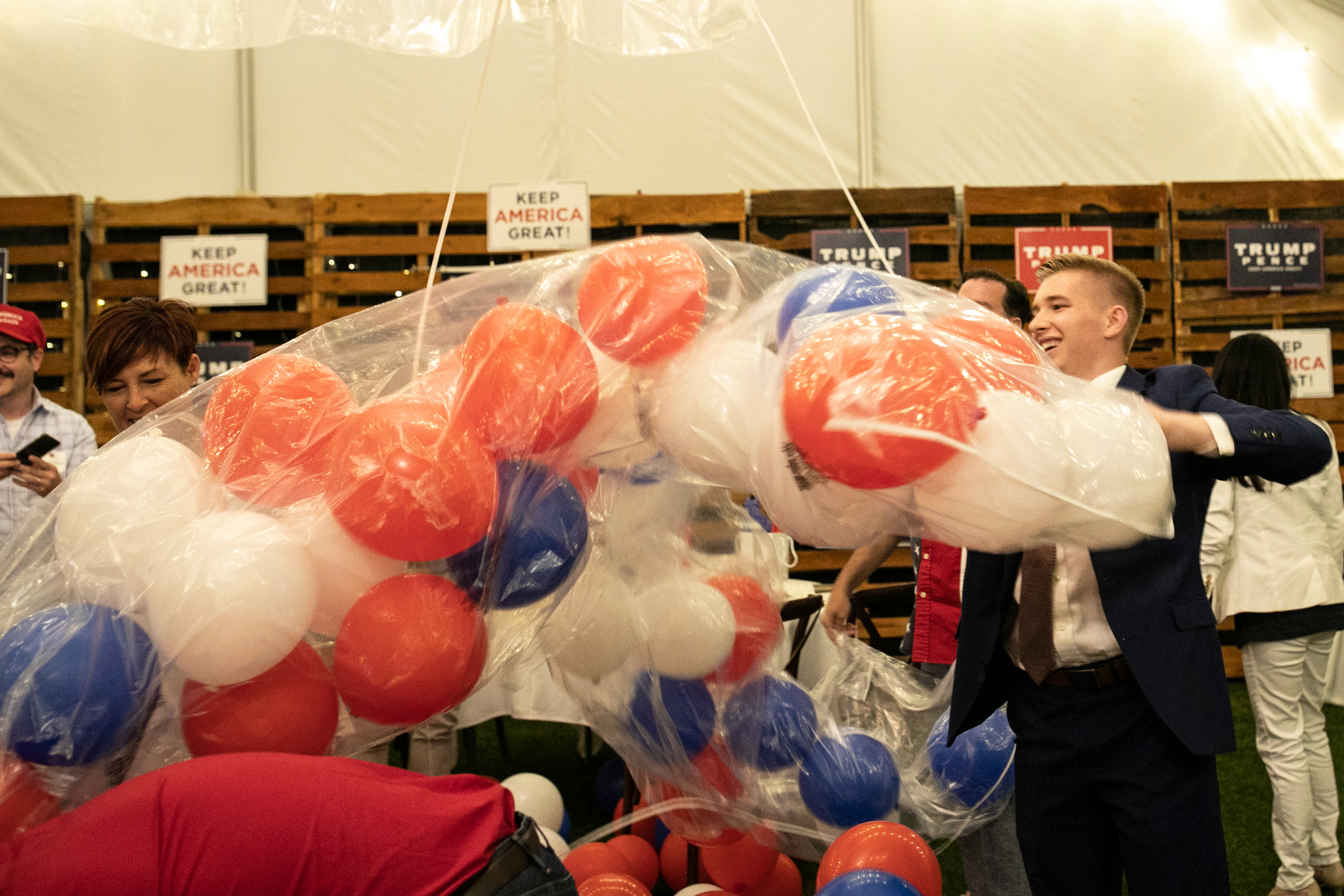 Trump lost Colorado in 2016 to Hillary Clinton and Democrats in the state made further gains in 2018, but Republicans think Trump’s economic argument and focus on keeping the country safe will resonate with voters this time around.

“I think when you spend weeks upon weeks turning on the news and watching major American cities, burning and rioting, and statutes being torn down, it's just against the basic American value,” said Marc Lotter, director of strategic communications for Trump/Pence 2020, who was in Windsor as part of the national bus tour.

“And we don't burn our cities. We can demand justice and do it in a peaceful way.”

In a speech to attendees earlier in the night, Lotter was hopeful Republicans could make up the roughly 130,000 votes needed to flip the state from red to blue at the top of the ticket.

Most people sat at white covered tables under the large tent watching Trump’s speech on the screen. Others talked in small groups outside of the tent. Almost no one wore a mask. They said they are happy with Trump’s handling of the economy, and they believe he has kept many of his promises, including moving the U.S. embassy in Israel to Jerusalem.

“There've been so many changes over the past four or five months here in Colorado, it's hard to find the normal,” said Kim Ransom, an RNC delegate and Republican state lawmaker. “And so I feel that voters are still making decisions, but I also feel like many of them have made their decision, but they're also just hoping to see what happens as the campaign rolls out.”

“I think a lot of people are very excited to see some actual debates. We have not seen debates between the two candidates, between Vice President Biden and President Trump.”

Ransom was glad to be celebrating Trump’s nomination, even though a mostly virtual convention wasn’t something she ever envisioned.

“I'm sure that everybody here had at least some disappointment for not being able to go celebrate the nomination after working to become a delegate, working to become elected. It's hard to then not be able to go be part of the celebration. That being said, there were some circumstances that led to that.”

The week before, Democrats held their virtual assembly and Biden officially accepted his party’s nomination for president. Biden vowed to unite the country and “draw on the best of us, not the worst.”