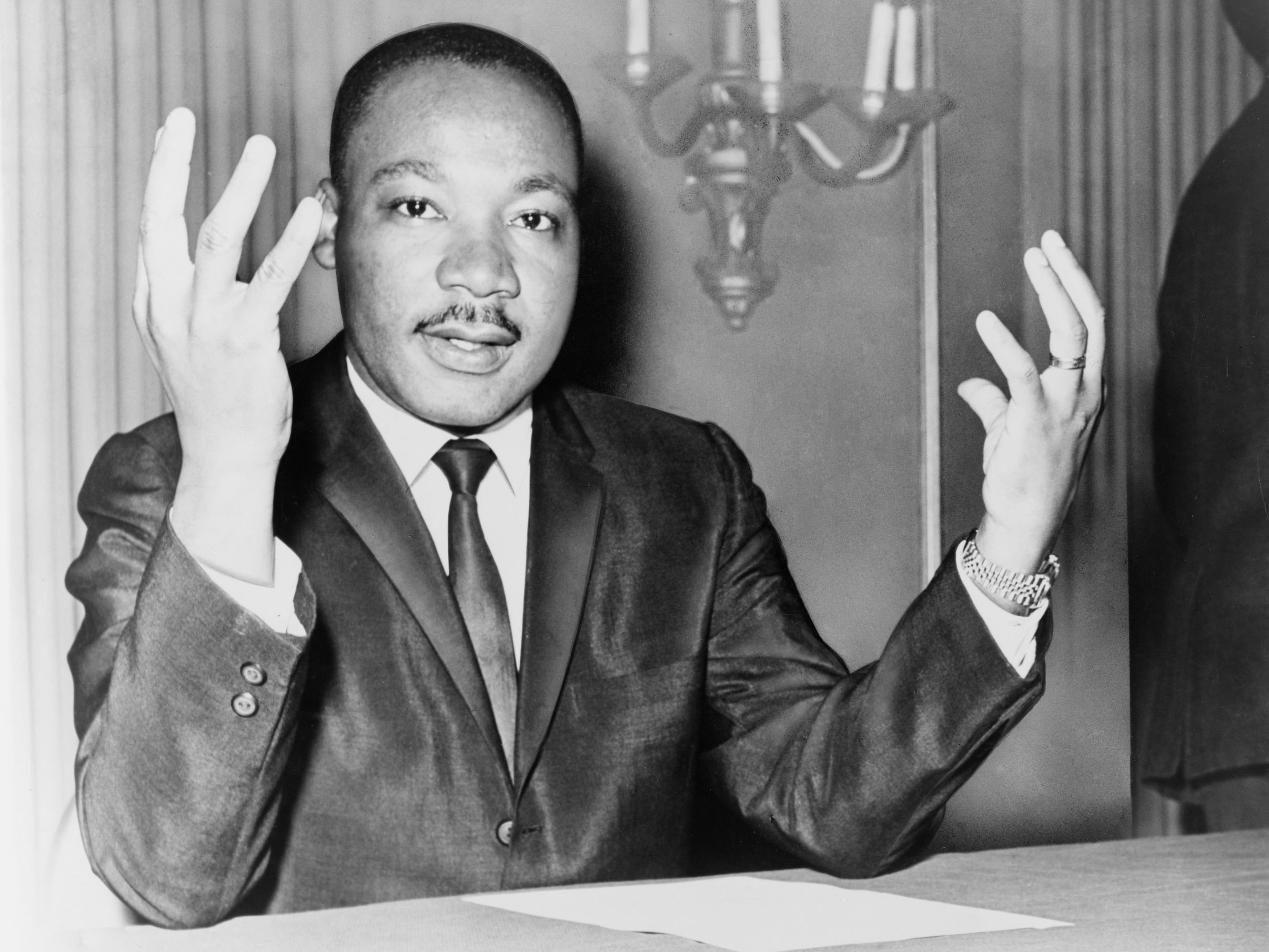 The legacy of the Reverend Dr. Martin Luther King, Jr., is a long and complex one. Much of what King is known for and why he continues to be celebrated is because of his life's work with peaceful protest and civil disobedience, fighting for the rights of Black Americans in the late '50s and '60s.

King was, for a time, the most prominent leader in the Civil Rights Movement, with his leadership beginning in 1955 with the Montgomery Bus Boycott. King was already an active member in his community fighting against Jim Crow laws in the South, which legalized racial segregation. But the outcome of the boycott garnered him local and national attention. During the 385-day boycott, King was arrested, and his house bombed in opposition to his messaging of peaceful protest. With the case Browder v. Gayle (1956), segregation ended in the Montgomery bus system, but King continued working for racial equity in all aspects of life.

Over the next five years, King was surveilled by the FBI, attacked, arrested, and imprisoned multiple times. By 1963, King was a household name and spoke at the (then) largest protest in U.S. history --- the March on Washington, where he delivered his "I Have a Dream Speech," which is still quoted (and often misquoted) to this day.

He won a Nobel Peace Prize and helped get the Civil Rights Act passed in 1964. He helped expose housing inequalities in the country and organized the multiple marches in Selma, Alabama, which ultimately exposed police brutality towards Black citizens to the nation. He spoke out against the Vietnam War, and began the Poor People's Campaign.

The thread that ties all of King's work together was that he simply held a mirror up to the United States, asking its white citizens and leaders to see how Black citizens were treated. King made uncomfortable those who thought themselves to be his friends (facing more backlash and anger in Chicago than in the South), and led his protests in a peaceful manner in accordance with his Christian beliefs and with inspiration from Mahatma Gandhi.

After his assassination on April 4, 1968, King was posthumously awarded and applauded by the U.S. government and by institutions around the world. In 1971, Martin Luther King, Jr., Day was established as a national U.S. holiday, celebrated the third Monday of the month (in relation to his January 15th birthday).

One of the ways King's legacy can still be heard today is through music, perhaps one of the most peaceful forms of protest. In 2020, following the murder of George Floyd, multiple protest songs were released by Black artists all over the world. On Jan. 18, 2021, Indie 102.3 honors King's work by highlighting the music that was made in the last year, that carries on his message.

Stream a playlist of songs we have compiled celebrating the life and legacy of Martin Luther King, Jr. From The Temptations and Billie Holiday to Janelle Monae and Anderson .Paak, let this playlist tell a story of the Black experience through protest and overcoming and of the road ahead.