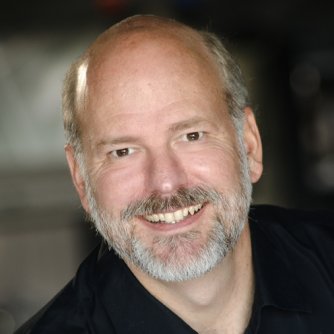 David Rutherford
David Rutherford is a host on CPR Classical. David is an award-winning broadcaster with degrees in double bass performance and music education. He has taught music from the elementary through the college level, and has performed extensively with orchestras throughout the West
Host
@CPRClassical

Professional background:
David is an award-winning broadcaster with degrees in double bass performance and music education. He has taught music from the elementary through the college level, and has performed extensively with orchestras throughout the West. David founded the Snake River Chamber Orchestra in Idaho as well as an experimental orchestra in Denver called UnStaged. He is also music director for the Pikes Peak Philharmonic in Colorado Springs and Musica Sacra Chamber Orchestra in Denver.

Most recently he earned the Clarion Award for Excellence in Broadcasting. He was honored as a National Teacher Fellow by the National Symphony Orchestra/John F. Kennedy Center for the Performing Arts in Washington D.C. David’s high school orchestra program was featured on NBC Nightly News. As a student he was recognized as an Outstanding Future Educator by the University of Northern Colorado, and he won the university’s performance award, the Angie Southard Award for Excellence in Music.


Q & AHow I got into classical radio:
When I was an undergraduate in music at UNC, I remember listening to the students at the local public radio station butchering the names of composers and particularly the names of performers with whom I worked at the university. I figured I couldn’t do any worse, so when a work-study position for an on-air shift was posted, I applied. Incidentally, not long after I started, they opened another position, so I told my buddy Monika Vischer about it. I hope I’m not stealing her thunder, but it amuses me that I trained Monika on the board so many years ago! Then, in 2005, about a year after Mark Sheldon’s death, Monika let me know that Colorado Public Radio was looking for another voice, and I was deeply gratified to be invited to join the team here.

Best moment in classical music:
It is impossible to label a single moment as the best, but I will relate one that illustrates why I love music so much. When I was teaching high school orchestra in Afton, Wyo., my top string orchestra was preparing for the upcoming state competition. One of the pieces we were playing was (believe it or not) Charles Ives’ Hymn – Andante Cantabile. In rehearsal one day, the piece clicked with the students and they understood its musical depth, collectively but subconsciously deciding to put their whole hearts into the music. We began a final run-through of the piece, and it was clear that something was different. This time we were one – not a collection of individuals, but rather a single entity, a true ensemble, experiencing the emotion and feeling together in the way that is unique to music-making. And in the seconds that followed the last sound of their instruments, seconds that grew into minutes, there was a silence that no one wanted to break. I looked around the room, and tears were forming in and flowing from many of the students’ eyes. There are no words to describe those precious minutes, although the music we just played had said it all. In that moment, those students discovered music. As long as I live I will never forget that moment, nor countless others like it.

Favorite composer and piece:
I have a theory, and every chance I get, I test it. The symphonies by Johannes Brahms contain some of the best and most beautiful music ever written for orchestra. String players universally have a special place in their hearts for these four symphonies. But you’ll also find that of the four, every string player you ask has a different favorite. My theory is that whichever of the Brahms symphonies a string player played first, that one is their favorite. So whenever the subject comes up, I test my theory. In my rough estimation, 90% of the time, favorite and first are the same symphony. For me, Brahms’ Symphony #3 in F Major is my favorite. And yes, that’s also the first one I played.