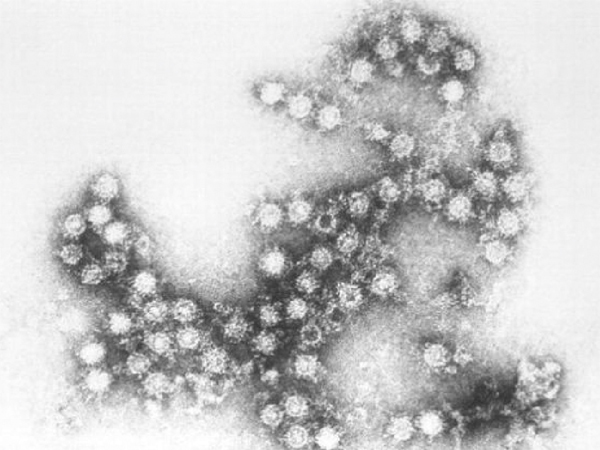 (Photo: CDC)An 11th patient was admitted to Children’s Hospital in Denver late last week suffering from a mysterious illness that’s causing muscle weakness, and in some cases, paralysis. It comes on subtly, at least according to one mother who says it took her family a little while to understand what was happening with her daughter. She asked for anonymity in order to protect her child.

The mother said when the child first complained that she was having trouble moving her arm, she didn’t take it seriously. But later, she said, “We realized that she wasn’t lifting her arm when she was dancing, and she kept dropping her corn on the cob because she couldn’t grip it. And that’s when we realized we really had a problem.”

The girl was recently released from Children’s Hospital. Her symptoms have improved, but they’re not gone -- and according to the Centers for Disease Control, there is no known cure, just treatment, mainly in the form of physical therapy.

The girl is struggling to do all of the things she used to do, the mother said. “She asked us at dinner last week, she said, ‘Mom, Dad, will I ever be able to use my arm again? And we said yes, we said she might need to relearn some things, she might need to do some things differently, but she’s going to be able to do everything she wants to do, and we really do believe that.”

These paralysis cases come on the heels of a bigger outbreak:  Many more Colorado kids than usual have suffered from severe respiratory symptoms in the last two months. Children’s Hospital alone has admitted more than 400 patients since August first -- and some have tested positive for enterovirus, or EV 68. It can look like the common cold, but can also cause severe shortness of breath. More than 500 cases of EV 68 have been confirmed in 43 states and the District of Columbia, as of Oct. 4, the CDC reports. And medical professionals suspect there’s a link between EV 68 and the paralysis.

CDC investigator Dan Pastula, who's based in Fort Collins, is on a team investigating that potential link. He said of eight children tested, EV 68 was present in half. “ But just because we identified EV 68 in their respiratory samples, that doesn’t mean it’s the cause of their neurological illness,” Pastula said.

All eleven first came down with a virus that looked like the common cold. Later they developed other symptoms: some had a hard time seeing or swallowing. Some had facial droop, others weakness in limbs or paralysis. The cluster of 11 children in Colorado gives epidemiologists a group to focus on -- but the detective work has to go further afield.

“Right now looking for more cases around the nation to see if we can link to enterovirus 68 or potentially another cause,” Pastula says.

At latest count, four children in Boston have also been stricken with partial paralysis, and there are single cases popping up in other states.

A Children’s Hospital spokesman has said it could take months to solve the mystery, but the CDC’s Pastula cautions parents not to panic, as the neurological illness is extremely rare. The CDC and other health professionals caution parents take typical preventative efforts, such as encouraging frequent hand washing, disinfecting frequently touched surfaces, and avoiding people who are ill.

How do epidemiologists solve medical mysteries?

Pastula is a member of an elite corps of medical professionals at the CDC, called the Epidemic Intelligence Service (EIS). They are disease detectives. The two-year program is a fellowship, and since 1951, when it started, there have been more than 3,500 graduates. Those grads work at the CDC and in health departments and hospitals all over the country, to get to the heart of outbreaks like enterovirus and, of course, Ebola, but also foodborne illnesses, like the lysteria outbreak caused by contaminated Rocky Ford cantaloupe in 2011.

CPR News' Ryan Warner speaks Monday with Dr. Jennifer McQuiston to learn more about how they break these cases. McWhiston is graduate of the EIS, a veterinarian and a longtime disease detective. She is preparing to be deployed to Sierra Leone in mid-October to help contain the Ebola outbreak there.