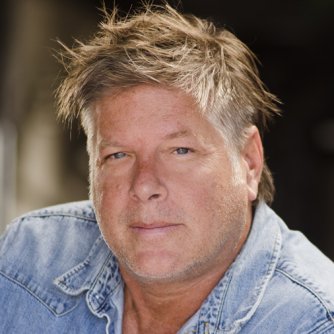 Education:Bachelor’s degree in speech communications, Eastern Illinois University.Professional background:Keefer has more than 35 years of experience working in radio. He began his career as an evening host and production director at a Top-40 station in Champaign, IL. In 1986, Keefer was hired as the music director at WYMG in Springfield, IL where he was the evening host and also developed an alternative music program, “Vinyl du Jour.” After 11 years at WYMG, Keefer moved to Columbia, Missouri where we spent four years as the program director and morning-drive host at KBXR, before moving west to Boulder to join the staff at KBCO.Keefer worked at KBCO for more than a decade, serving in various roles, including music director, afternoon-drive host and “Studio C” session producer. While there, he was also actively involved in promoting KBCO, securing partnerships with a multitude of local and national businesses and organizations.Throughout his career, Keefer has also had an interest in comedy, and hosted several on-air comedy programs, including KBCO’s “5 O’Clock Commuter Comedy” from 2005-2013.Q & AHow did you become interested in music?Like many of my “vintage,” I saw the Beatles and the Stones perform on The Ed Sullivan Show and my little black and white world went technicolor in a burst of sight and sound. I was also influenced by my older cousin who handed down his vinyl collection to me after he had worn the grooves off his Beatles, Stones, Ray Charles, Johnny Cash, Motown, and Stax records. I had the coolest records of any fourth grader in south Florida, even if they were a little scratchy.Why did you get into radio?In 1967, my mother gave me a $9 Motorola transistor radio that I listened to constantly. The AM sound filled my head with rock ‘n roll, soul, blues and a word salad surgery of political ramblings, religious hollering, and other bizarre sonic waves that would flow in from the ether. As I got a little older, I flipped over to FM and discovered my first free-form rock station. The laid back DJs smoothly pontificating about all this cool music they were spinning. I thought, “I wanna do that!”How did you end up at CPR?I’ve always been a public radio listener, and appreciate the news and classical programs. Now, public radio has some of the coolest rock stations too. I worked in commercial radio for over three decades and had a gas, but landing at Colorado Public Radio and playing sets of music that include Iggy Pop, Loretta Lynn, Rolling Stones and Arcade Fire on OpenAir is a dream come true.Favorite music?Anything that moves my mind and/or my hips.