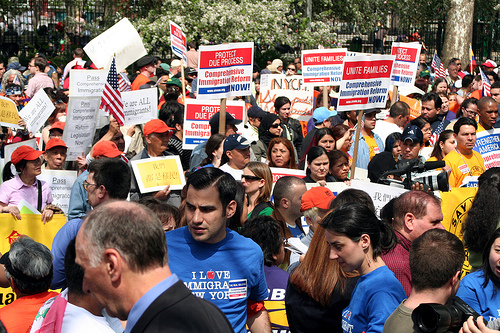 (Photo: Boss Tweed)The U.S. Senate is debating a bipartisan immigration bill sponsored by Senator Michael Bennet of Colorado and other members of the "Gang of 8." The bill includes a path to citizenship for millions of people in the country illegally. It beefs up border security and reforms the visa system. While the politicians argue, we’re bringing you stories from Coloradans deeply connected to the immigration debate. Today is the first day in our series, "Voices on Immigration.” We begin with the story of Roger Sanders, of Conifer. He once provided health care to immigrant farm workers in California. Our second story comes from U.S. veteran Miguel Valenzuela, whose mother was recently deported.

Listen to other stories from "Voices on Immigration."