Skip to Content
Need help?
Donate
For a short while, I found it hard to figure out what director Stephen Frears is up to in his latest movie "Philomena".
The film has a static look – many shots of characters talking or driving or sitting and waiting. Martin Sixsmith (Steve Coogan) is a sometime journalist writing a book on Russian history. He says he’s depressed, and he looks and acts it.
The title character Philomena (Judi Dench) is a woman about seventy who also seems depressed, as well as humorless, maybe confused, and distant from just about everything. 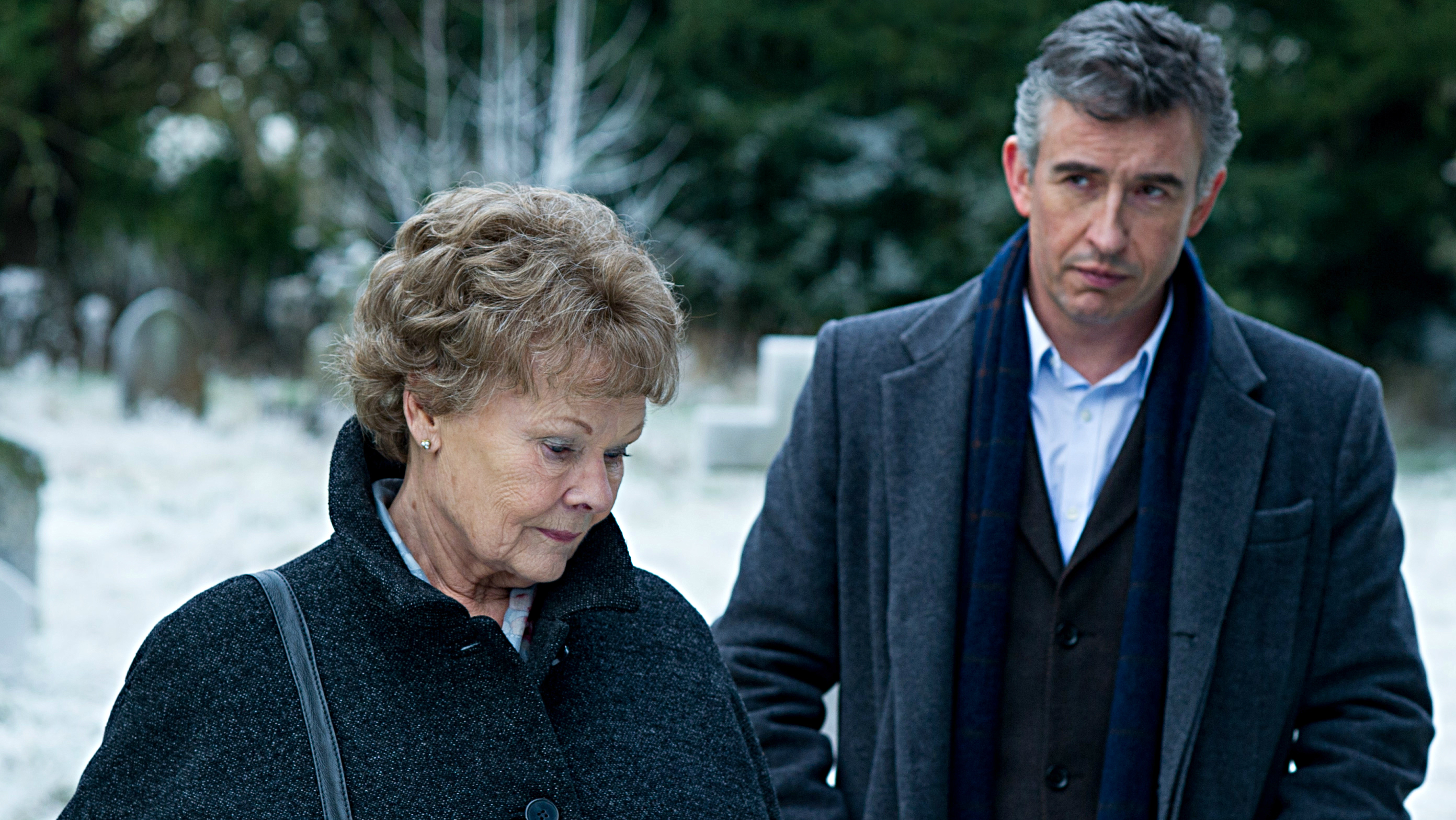 (Photo: Courtesy of The Weinstein Company by Alex Bailey)Then Frears’s visual style began to make sense. Philomena only reveals herself over time. She’s slow to trust and for good reason.
The movie comes from a true story. Philomena is Irish. In the early 1950s, she got pregnant – and in that moralistic country, she wound up what’s called a “Magdalen girl,” meaning she was stuck in a convent where she gave birth to a son, and then had to work a horrible job in the convent laundry for another four years, to pay back the convent for all the good they’d done for her.
Eventually Philomena married. She has a lovely grown daughter, a good sense of humor, at times a somewhat salty tongue, and an exceptional, understated insight into human character. But it takes the whole movie to see the depth of this remarkable woman, and like her the film doesn’t give away too much too soon.
Ingmar Bergman, certainly one of the greatest filmmakers so far, used to say that he believed the real subject of cinema is the human face. Watching "Philomena" makes you believe it.
Judi Dench has an astonishing face that can hold a close-up – and hold it and hold it. The tiny inflections in Dench’s face open up an overwhelming blend of frustration, patience, determination, her own kind of unpretentious clarity, and above all deep sadness.
Director Stephen Frears makes Dench’s face the center of the movie. Lots of films refer to a lead character’s face – reaction shots are not new technique – but here it’s done about as well as it can be done. When Frears gives the entire frame over to that face, you can’t resist the power and the enormity of the crime done to Philomena Lee. The son Philomena bore in the convent was adopted out to an American couple, and as the car with the boy drives off, Philomena claws at the bars of the locked gate that keeps her inside the convent.
The nuns at this place believe that the pain of childbirth and the pain of having a child taken away is good penance for the sin she has committed.
The obvious story of the film is about Philomena and investigative writer Martin Sixsmith looking for that boy. The less obvious stories are about finding Philomena, and Philomena finding herself. And maybe about the meaning of forbearance.
Standing for many of us, the journalist Martin Sixsmith is outraged by the behavior of the Catholic Church. He’s ready to break down the locked private doors inside the convent at Roscrea and string up most everyone inside. He identifies himself as a former Catholic, and he unleashes tremendous anger at the people who punished Philomena as they did and who lied to her for fifty years.
But the remarkable balance in the picture comes from the ever more potent Philomena who begins to fight for her interests – she has to remind Sixsmith that it’s her story, not his. And her sensibility is not that of a hot-tempered investigative reporter.
Philomena is a mother trying to find her child.  And the film doesn’t show all of what that means until the end.