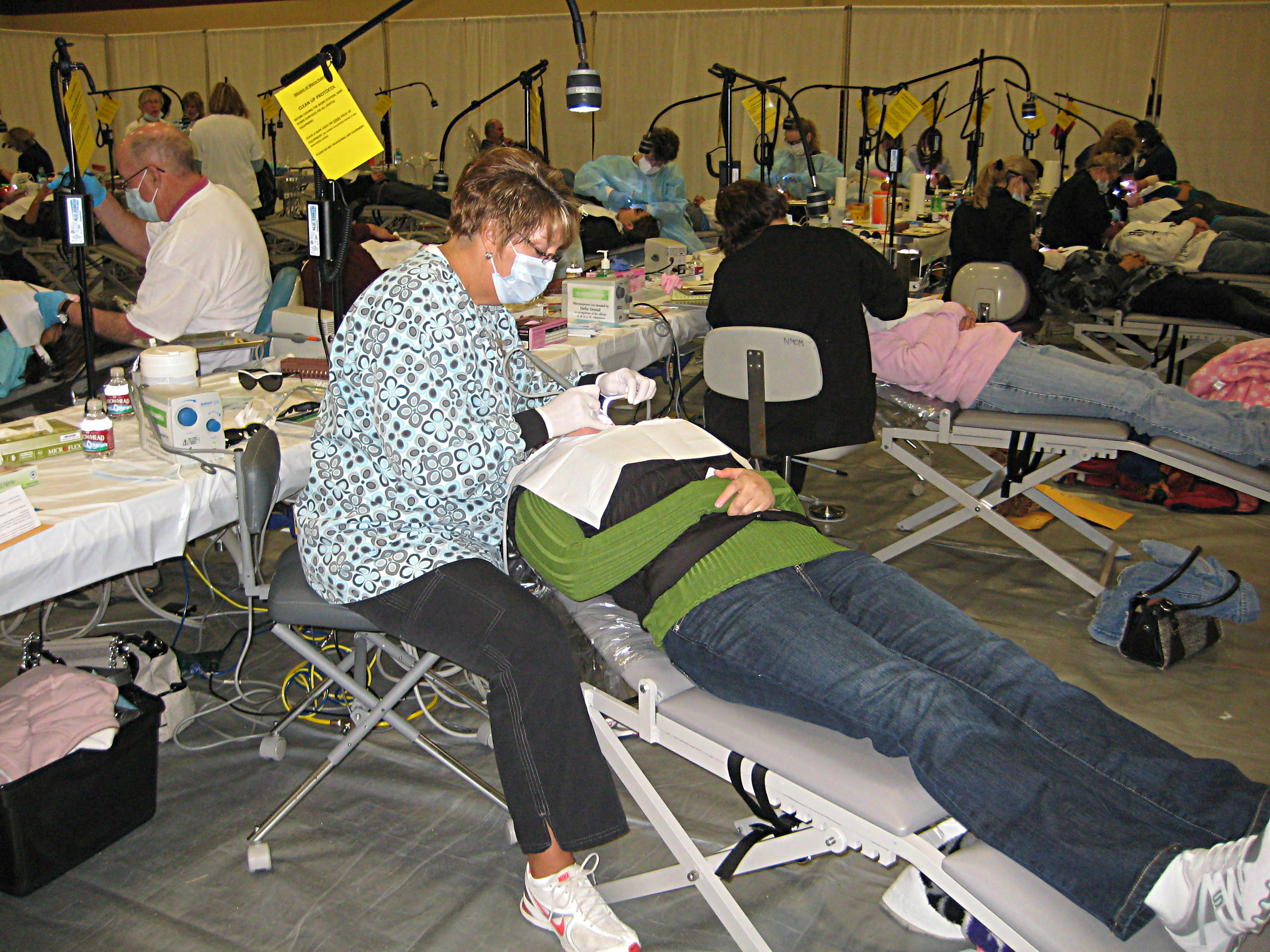 (Photo: Courtesy of the Colorado Dental Association)Coloradans living in rural towns are facing a serious shortage of doctors and while proposed legislation aims to reverse the trend, smaller communities continue to struggle to recruit and retain medical professionals.

In Yuma, Colo., located 140 miles northeast of Denver with a population 3,500, is a tan, modern building known locally as the Yuma District Hospital and Clinics.

Inside Dr. Michelle Lupica, stethoscope in hand, listens to the heart and lungs of Jimmie Churchill, who’s in for a checkup.

Churchill, a retired dairy worker who had surgery a few years back for throat cancer and now talks through a voice box, is here with his wife Josie. He’s seen Dr. Lupica for several years and gives her high marks.

Medical care hasn’t always been very convenient for Churchill and with a shortage of doctors in Yuma, getting treatment meant driving to a town 30 miles east.

“It’d be nuisance," Josie Churchill says. "We were actually going to Wray for a while, and when the gas prices went up we couldn’t keep doing that so we had to come back here.”

Yuma Hospital CEO John Gardner says like other rural hospitals, his facility struggles to attract doctors, a situation he calls a “growing crisis."

As older family doctors retire, the economics for younger medical professionals can be daunting as they contend with repaying student loans.

Additionally, there’s one more challenge: Convincing new doctors to live in rural Colorado where, Gardner says, they can find an “absence of culture, cultural events, shopping, schools" and a long drive to the mountains.

"When we were recruiting, when physicians found out how far we were from the mountains, all for the sudden we weren’t a viable candidate," Gardner says.

Too many patients for too few doctors

The picture is bleak in many parts of Colorado, especially in mountain and rural communities. A Colorado Health Institute study released in February found that more than half of Colorado's counties are falling short in recruiting and retaining primary-care physicians.

“It’s not a new problem," state Senator Larry Crowder (R-Alamosa) says. "It’s something that we in rural Colorado have to live with."

In his 16-county district, Crowder says there are just eight medical centers with ratios of up to 2,400 patients per doctor.  Crowder is cosponsor of a bill that aims to address the rural doctor shortage.

Irene Aguilar (D-Denver) is a sponsor of the bill and says one big problem is that Medicare provides a lot of the money for rural physician training programs but that funding hasn't grown in two decades.

“So we now have more doctors getting medical degrees without a place to do their training," Aguilar says. "The state is looking to help provide funding to help some of those doctors get training.”

Specialized training programs, like one at Rocky Vista University’s College of Osteopathic Medicine in Parker, are exactly what this new legislation aims to encourage.

RVU offers a Rural and Wilderness Medicine program that provides students with clinical rotations in a rural setting. The idea is to give students  a realistic view of working in an underserved area and get them to consider a more extensive rural residency down the road.

“We learn how to take care of problems without the resources of big city," student Graham Kehrer says. "Things that you wouldn’t learn when you’re doing your rotations in a big hospital.”

Doctors typically spend several years in residency getting training in their specialty after medical school.

“The residency piece is critical because data shows nationally that students stay within 150 miles or less of where they do their residency," RVU President Cheryl Lovell says. "If we can increase the number of residency opportunities in Colorado, we’ll have better chance of keeping highly trained physicians here.”

Back in Yuma, Dr. Michelle Lupica is a perfect example of what Lovell is talking about. Lupica, who’s originally from Aurora, came to Yuma during her residency and later decided to move despite some apprehension about her husband’s job prospects in eastern Colorado.