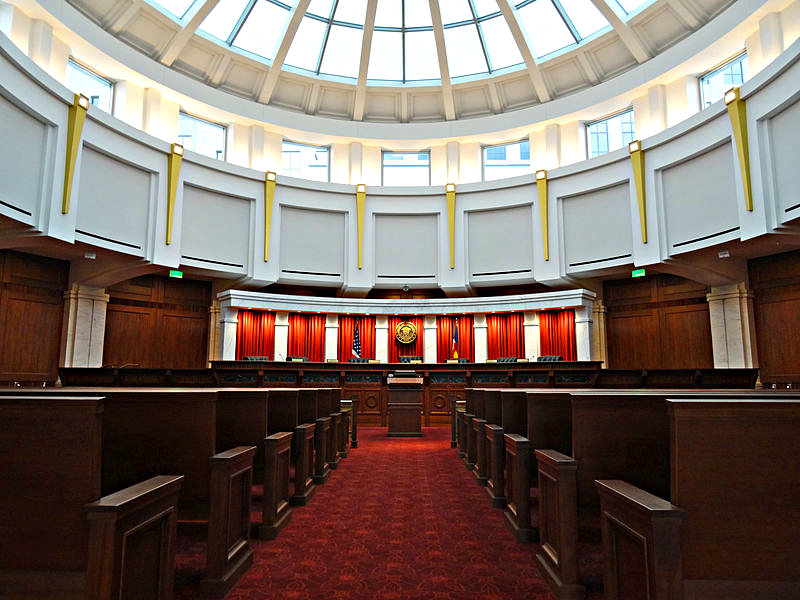 (Photo: Courtesy of Jeffrey Beall)The Colorado Supreme Court is taking on a case that challenges the constitutionality of the Douglas County Schools voucher program.

The County school board approved the program in 2011, but legal challenges have kept it from moving forward.

The District Court ruled the system unconstitutional, but, by a vote of 2-1, the Appeals Court has said it meets muster.

It would allow up to 500 students to use state assistance to attend one of several private schools approved by the district, and those include religious schools.

The County’s Board of Education Director Craig Richardson says the program is no different than funding for soldiers under the GI bill.

“The GI bill, as you know, has allowed veterans to attend, using public dollars, colleges and universities around the United States that have connections to religious institutions and they’ve done so without offending the Colorado or United States' Constitutions," Richardson said.

But opponents say the issue is not about who gets the money but whether the aid benefits religious schools.

They argue it’s against the state constitution to compel students to attend religious services.

Mark Silverstein is Director of the American Civil Liberties Union in Colorado, one of the groups challenging the program.

The Colorado high court is not expected to hear the case for several months.