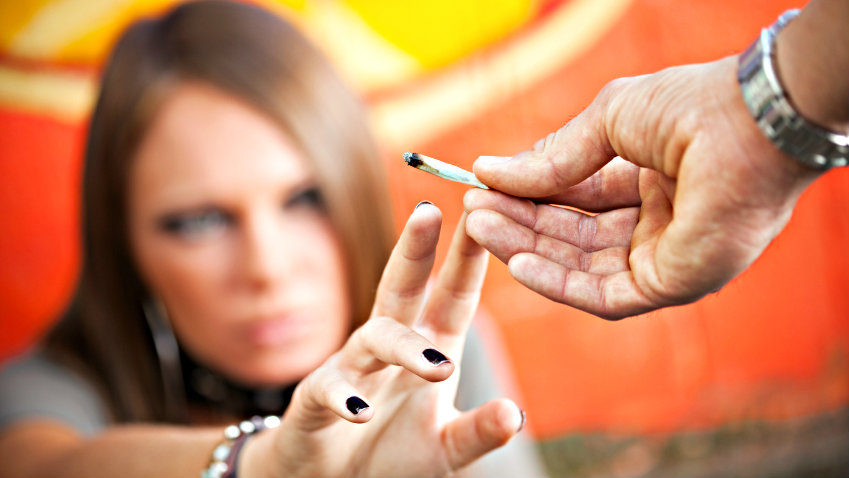 (Photo: Courtesy of iStockphoto.com)Legalization of marijuana has amplified parents' concerns about how to talk to their teenagers about the drug and has increased school officials' concerns about how easy it is for students to get ahold of.  They're particularly worried about teenagers who have become addicted to marijuana and how to get them the help they need. The Colorado Public Radio series on marijuana and teens includes a story about a groundbreaking school-based drug treatment program that is showing promising results.

The first in our series, looks at how the legalization of marijuana has affected one group who can’t buy it: teenagers. We check in with health educators and school officials about how there is less stigma around marijuana now and more ways for teens to consume it.  The story goes over the latest scientific data linking heavy teen marijuana use to IQ and neurocognitive deficits. And we check in with parents about their own conflicted feelings on the subject and how some are struggling to find the right thing to say to keep their kids from experimenting.

In the second installment, we visit the first evidence-based, school-based drug treatment program in the country. We go inside Adams City High in Commerce City, telling the sequence of events that unfold after a teacher suspects a student is high. Instead of suspension, several students can now take part in an eight-week cognitive behavioral therapy program that treats the drug abuse alongside disorders like depression, which often accompany heavy drug use. Students learn how their thoughts are connected to their behaviors and actions, and try to shift to more positive ways of thinking to help them stay clean.

In the third installment of the series, we go inside the life of a 17-year-old teenager named Jynessa who is addicted to marijuana. She is part of the Encompass treatment program at Adams City High. We learn how she went from a straight A student and star catcher on the varsity softball team to a senior taking just four classes and smoking marijuana multiple times a day. Jynessa tells how she started using pot, why she uses it heavily now and discusses her struggle to stop her habit.

Part 4: Tips for parents on talking to teens about marijuana (March 21)

How do parents talk to their kids about marijuana now that it's legal in Colorado?  This story offers tips based on advice from psychologists, parents, health educators, doctors and drug treatment experts.