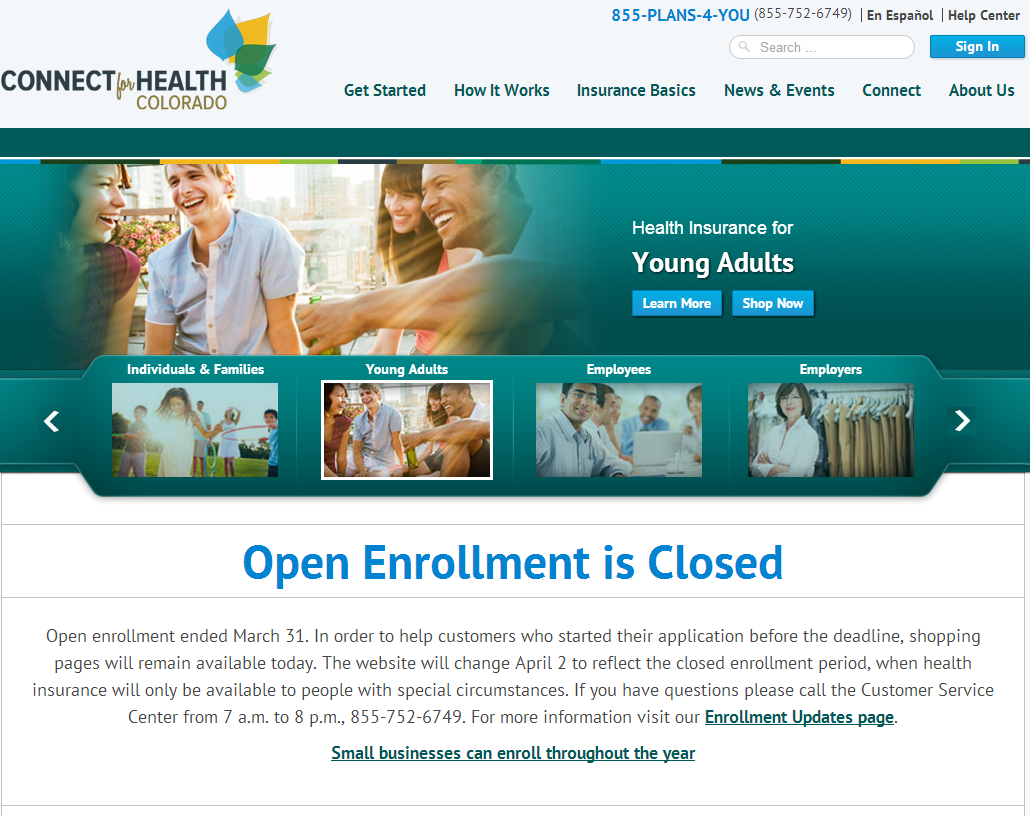 Connect for Health Colorado said on Thursday that more than 250,000 Coloradans signed up for health insurance or Medicaid through the state’s health exchange during the open enrollment period that ended on March 31.

The only exceptions, according to Connect for Health Colorado, are for people who move to Colorado between enrollment periods or those who lose health insurance through unemployment.

The limits to enrollment only apply to commercial health plans and anyone who qualifies for the state's Medicaid program can sign up year round.

The numbers released Tuesday show that 118,628 Coloradans have used the exchange to buy commercial coverage with 158,521 newly enrolled in Medicaid.

Connect for Health expects those numbers to rise over the next few weeks as people who started their application before the March 31 deadline complete the process.