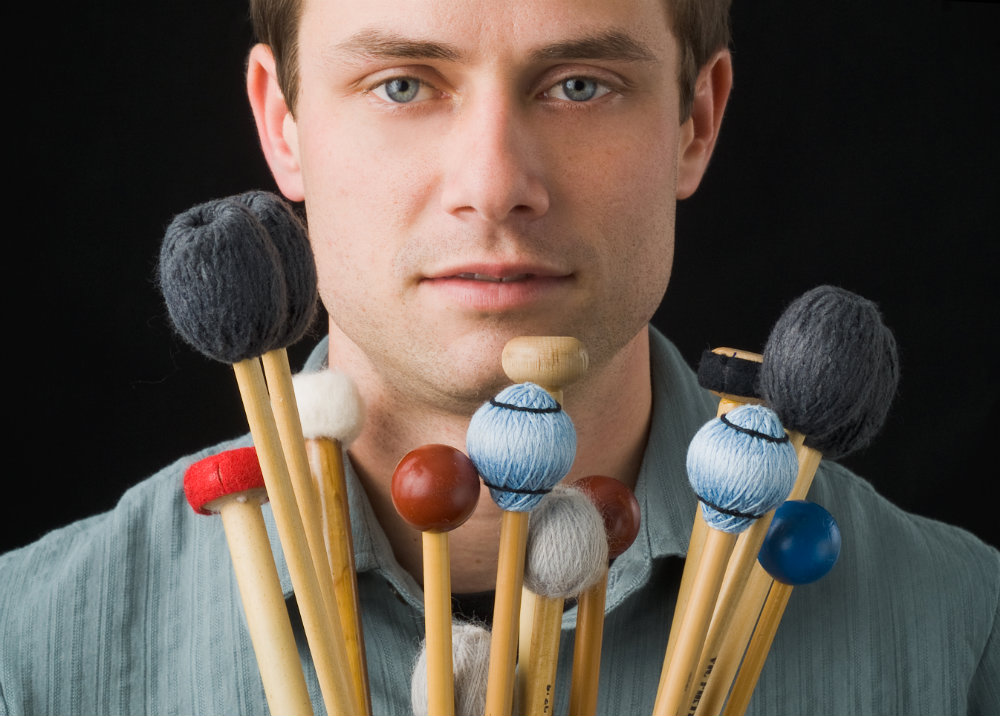 (Photo: Courtesy of Thad Anderson)Percussionist and composer Thad Anderson performs Friday at the King Center Recital Hall on Denver’s Auraria Campus and Tuesday at the University Center for the Arts in Fort Collins.

An assistant professor of music at the University of Central Florida, Anderson has collaborated with modern composers like Paul Lansky and also write music for film and for the concert hall.

His Denver and Fort Collins recitals will feature his own compositions as well as pieces by John Cage and Steve Reich.

Here are some recordings that show Anderson as a gifted composer, teacher and in-demand percussionist:

Some of Anderson’s finest compositions are chamber works, like his piece “Five Messages” for two pianists and two percussionists playing vibraphone, glockenspiel and kick drums.

Yet he’s also skilled at composing chamber works that incorporate electronics and sometimes eschew percussion instruments. Here’s an example called “Through-line.” He scored this arrangement of the piece for flute, string quartet and electronics:

Since Anderson is a teacher, it’s fitting that he sometimes uses his compositional skills to write etudes for young percussionists. As with Bela Bartok’s early "Mikrokosmos" pieces, there’s an elegance in Anderson’s simple “Passages” compositions that helps them hold up on a recording as well as in the practice room:

Anderson also performed in a 34-percussionist lineup that recorded a stunning rendition of John Luther Adams’ “Inuksuit” in a Vermont forest in 2013. The piece blends nature sounds and live instruments, with blasts of drums mingling with birdsong. Here’s an excerpt:

Brad Turner is a digital producer for CPR Classical.