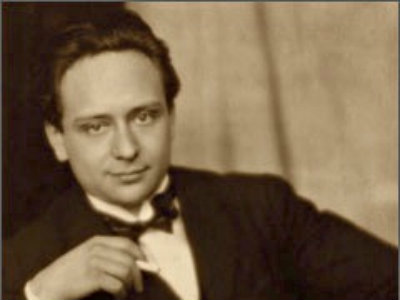 (Photo: Public domain)Today is Holocaust Remembrance Day, marking the atrocities and enormous loss of life in the Holocaust during World War II.

Among the Nazi concentration camps was one north of Prague called Terezin (aka Theresienstadt), once a garrison town. Hitler turned it into a ghetto where the SS sent many Jewish artists, musicians, and intelligentsia.

Unbelievably, the Jews managed to organize a cultural life in Terezin -- at first beat down by the Nazis, but later encouraged to keep the thousands of prisoners from growing restless. Music, theater and a rich cultural life prevailed and became the thread of sanity for the Jews of Terezin.

By 1943, enough news about Nazi camps had reached the rest of the world that Hitler agreed to allow the Red Cross to visit Terezin, making sure to first dress it up as a happy place where life flourished.

The SS had months to prepare Terezin to appear as a normal town. They increased the deportation of Jews to Auschwitz to alleviate overcrowding. They built pretend banks, schools, a cafe, and planted gardens. They made a propaganda film. The prisoners were warned in advance what to do and say.

When the Red Cross finally visited on July 23, 1944, they were carefully taken down the staged streets, avoiding the areas of Terezin that accurately represented the devastation, only a block or two from the guided tour. Hitler's plan worked. The Red Cross committee was completely fooled. They walked away, reporting that these were not death camps, but safe havens where the Jews were protected as the war raged on. Nothing could have been further from the truth.

Between November and April 1945, a total of 140,000 Jews were brought to Terezin. Thirty-three thousand died there, 88,000 were deported to extermination camps, and 19,000 survived either in the ghetto or among the groups that had been transferred to Sweden or Switzerland. Of those deported, 3,000 survived.

Viktor Ullmann led all cultural and musical activities at Terezin. Ullmann was an esteemed composer with a rising career before he was sent to Terezin in September 1942.

James Conlon, Music Director of the Los Angeles Opera, has made it a life-long mission to bring light to music lost in the Holocaust. For this, he created the OREL Foundation.

Ullmann, Conlon says, exemplified the Jews' mission at Terezin "to do whatever could be done to keep creativity alive under terrible circumstances."

Clikc the audio above to hear Conlon explaining how music sustained the prisoners at Terezin and contributed to Ullmann's own work.

Hear music Viktor Ullmann composed while interned at Terezin in the 10 a.m. hour today for Holocaust Remembrance Day. And tonight for our Classical Great at Eight, we remember those lost in the Holocaust, with Henrik Gorecki's haunting Symphony of Sorrowful Songs.