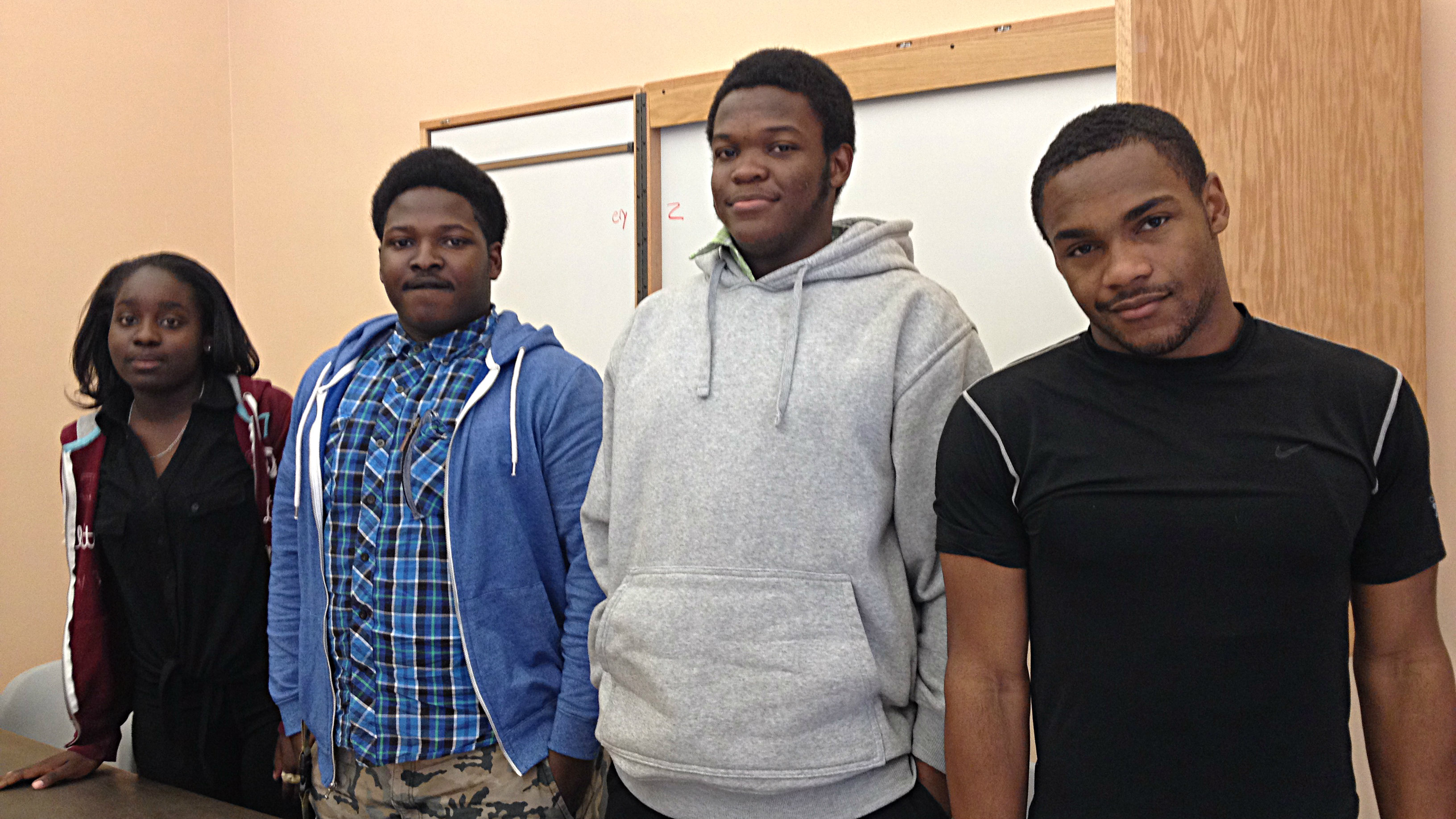 Denver School District administrators want to scrap the pre-IB program for 9th and 10th grades, and create a new, expanded honors program to help all students succeed. In a story last week, CPR interviewed parents and students angered they were not notified about the change.

IB students argued the pre-IB program is critical in preparing them for the rigor of the program.  And they worry a new honors program will lower the academic bar.

But another group of students interviewed by CPR recently raised this question: should such a specialized program exist when the majority of students entering the high school are nowhere near ready academically to get into pre-IB?

George Washington juniors Joseph Tandoh and Debbie McGee, and seniors Deris Tillis, and Dejon Bowser were eager to talk about why they think the school’s pre-IB program should go away. They are four students CPR met at CU Denver’s Black Education Impact conference last week.

George Washington’s International Baccalaureate program started in 1985 and has a national reputation. Many of its students have gone on to top colleges and universities. But these students believe it’s also helped fuel a divide in the school that’s felt intensely by all students.

Senior Deris Tillis is keenly aware of this when he walks through the school’s doors.  He’s a senior and a traditional student, one of about 1,000.

George Washington’s other 400 students are in the International Baccalaureate program. It’s a rigorous internationally-recognized diploma program that follows a specific set of courses and exams.

“Most people see it[IB] as intelligence level but there’s a certain racial boundary between the two for the simple fact that IB is mostly white and traditional is mostly black,” Tillis says.

The students say the segregation isn’t intentional but they say it runs deep and it fuels stereotypes and attitudes the two groups hold about one another.

“Usually white kids are usually more prepared than black kids, just because of the different education they’ve had,” he says.

So it ends up segregating students. Parents of IB students say the solution is to provide more support for minority students to keep them from dropping out of the I B program. But it’s not so simple. The issue is a delicate one involving a host of psychological issues that aren’t always obvious to middle class whites.

He remembers being one of two black students in a medieval history class.

Identity issues are huge in any teenager’s minds but particularly in African-American males.

Tillis says many of his white friends from his private middle school – the Logan School for Creative Learning - went into George Washington’s IB program.  Tillis chose not to for several reasons. He says he was intimidated by the massive workload and he wanted a “real” social life. He didn’t want to be secluded from the rest of the school and, he says, when one is an African-American male in IB, “your friends think you are more entitled than they are.” Tillis didn’t want to be an outcast.

These students – similar to the IB students interviewed in last week’s story– notice other disparities between the two programs.

They talk about the computers in the school’s single computer lab. They have outdated operating programs and Tillis says, “they rattle” when they're turned on.

Like the IB students, these students had a lot to say about the differences in the quality of teachers between the two programs. They acknowledge they have some excellent Advanced Placement teachers, but not all teachers in the traditional program, they say, are of high quality.

“The IB teachers help students,” says Bowser, who has been in both programs. “And some of the traditional teachers aren’t even there half the time to teach the material we need to learn to graduate high school. I had a math substitute for my English class. That’s not OK.”

They don’t think that would happen in the International Baccalaureate program.

And another issue bothers Tandoh.

He says George Washington students this year didn’t get planners. Students throughout the district use them to track assignments and school work.  IB kids, though, were strongly encouraged to buy them for $10.

“So I just want to know, what are they trying to tell us?” Tandoh says. “Are the traditional kids not performing well, that’s why we aren’t getting planners? We all use the planners. The planners are really important to us.”

They say administrators and teachers need to spell out a way so all students can coexist in the same program. At the same time though, they see huge challenges.

But like the IB students in last week’s story, Deris Tillis, Debbie McGee, Joseph Tandoh and Dejon Bowser believe administrators are not listening to them.

“If we have another meeting to talk about IB, pre-IB, or AP, I think we should have more student representatives, more people who will listen instead of trying to take over the whole conversation, which is the way it usually goes,” Tillis says.

District officials are moving forward with their plan to eliminate the pre-IB program at George Washington. These students say anything that replaces it must be rigorous, but also meet the needs of all students.