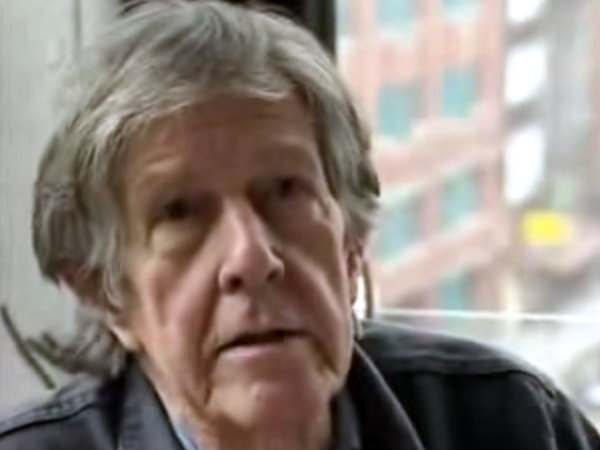 (Photo: YouTube)On a recent morning, I parked my car at a light rail station and set out to interpret a masterpiece of modern classical music.

Specifically, I used a 99-cent mobile app to create my own version of “4’33,” perhaps the most infamous piece in avant-garde composer John Cage’s canon. The composition calls for a performer and audience to listen to four minutes and 33 seconds of silence -- or whatever sounds fill the time when the pianist doesn’t make a sound.

As instructed by the app, I pressed record and captured three short movements of sounds at the station: commuters walking to the platform, highway traffic roaring past and (for a big, unplanned climax) a train arriving.

The tinny recording I made at the station in south Denver struck me as surprisingly rich and structured when played back. There were dynamics, rhythms and repeated themes, and all I’d done was hold out my phone.

Cage loved this kind of experience. He once told an interviewer:

The sound experience which I prefer to all others is the experience of silence. And the silence almost everywhere in the world now is traffic. … If you listen to Beethoven or to Mozart you see that they’re always the same but if you listen to traffic you see it’s always different.

The app, created by The John Cage Trust, is a simple program -- almost a novelty.  It lets anyone with an iPhone perform “4’33” and adds new dimensions to a 62-year-old piece by letting users share their versions of it with others.

Hearing the playback of my “4’33” version made me think about how I experience sound and music, and made Cage’s important but abstract piece seem as vital to me as the Google Maps or Facebook apps also on my iPhone.

Cage died in 1992, well before mobile technology became ubiquitous. Still, I think the app, and the very democratic way it lets users make their own renditions, would have tickled him.

In 1937, Cage wrote: “Wherever we are, what we hear is mostly noise. When we ignore it, it disturbs us. When we listen to it, we find it fascinating.”

The “4’33” app exists almost as a way to illustrate Cage’s quote for anyone willing to try it.

The original score for “4’33” calls for a concert pianist to take the stage, sit silently for 4 minutes and 33 seconds while keeping time with a stopwatch, then leave the stage without playing a note.

For the audience, the piece raises questions.

If the pianist and audience sit quietly for the duration: Is that music?

If the listener hears someone in the next row coughing: Is that a kind of musical sound?

If the person in the next row coughs twice: Do those noises become musical patterns?

Or is the whole thing a stunt?

When Cage unveiled the piece in 1952, having been inspired by Robert Rauschenberg’s white paintings, it was a challenge to the idea of serious music. It’s provocative in the same sense as Marcel Duchamp entering a urinal into a 1917 art show and calling it a perfectly nice sculpture.

Not surprisingly, “4’33” rarely finds its way onto the program at piano recitals. Concert pianists don’t foster a career by loitering onstage. Audiences generally don’t pay to witness this. Classical radio stations often can’t play it. (At CPR Classical, alarms sound if we broadcast silence for more than a few seconds.)

Of course, there are exceptions to the rule, like this unique performance by a full orchestra:

The “4’33” app adds new elements to the piece and how the listener experiences it. The features take Cage’s piece out of a quiet concert hall and exploit mobile technology.

The app allows you to record your versions of “4’33”; share your recordings with others who have downloaded the app; listen to other recordings (including a version recorded in Cage’s New York City apartment); and read some concise, insightful notes on Cage and “4’33.”

Users can upload their sounds and tag them by location, which lets them listen to fellow Cage enthusiasts performing “4’33.”

There’s no instrument required. And there’s no such thing as silence when you make a recording with an iPhone’s trebly microphone.

I picked the Southmoor light rail station in south Denver for my rendition in part because there’s a fun art installation in the underground walkway.

The tunnel walls are decorated with vertical, pink and purple neon lights equipped with motion sensors. When a commuter walks from the parking lot on the east side of Interstate 25 to the train platform on the west, the lights flash and loudspeakers emit percussive electronic sounds.

I recorded the first movement in the walkway, the second at the stairwell from the walkway to the train platform, and the third on the platform.

Listening back to the rendition I captured at the station, I wondered if I’d tried too hard to force structure onto a piece that’s best heard al fresco.

The weird sounds from the walkway motion sensors and the distant highway noise sounded nice, but other highlights were unplanned. A security guard chatting on his phone punctuated the second movement. And some big trucks on the highway and an approaching train defined the third section.

I found it inspiring to hear the playback. Repeated sounds and background noise seemed to turn into musical patterns (the art installation) and evolving textures (the highway noise). I uploaded it and shared it through the app. It’s one of several performances from users in Denver.

I was further impressed by the way people around the world chose different contexts to create their renditions. I heard ambient noise from Calgary International Airport and splashing sounds from someone taking a bath near Coventry, England, to name some favorites.

Which brings me to my only complaint about the app. Unfortunately, if you want to listen to the global collection of “4’33” performances, you’re required to buy the app and listen through your mobile device. It’s mildly annoying that I can’t easily share these sounds with you by embedding them in this post -- a minor blemish on an otherwise smart app.

Cage left his mark on music by offering ideas that challenged composers and listeners to approach sound from a different perspective. He offered inspiration to musicians who didn’t care for, or never heard, his music.

The “4’33” app embodies that idea in surprising ways.

It takes a dedicated Cage fan to buy a ticket to hear “4’33” in concert. It’s a simpler experience, but possibly a richer one, to create a personal rendition.

Click the audio above to hear Brad's rendition of "4'33." There are two 10-second gaps between movements.