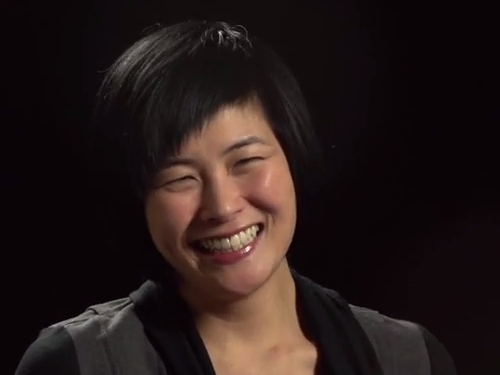 (Photo: YouTube)Have you seen those viral photo collections that describe perceptions and realities of someone’s job or hobby?

They usually start with some stereotypes and misconceptions, and end with a final picture that shows how things really are.  Here’s a classical music example we recently shared on CPR Classical's Facebook page.

In her excellent new series of short videos “Off Stage On Record,” concert violinist Jennifer Koh shows us how things really are for a professional musician. It’s sometimes exciting, occasionally glamorous and usually incredibly demanding.

Koh, 37, played with the Chicago Symphony when she was 11, won the international Tchaikovsky Competition, and then won the Avery Fisher Career Grant when she was 17.

The video series is a way of sharing what happens during 99.9 percent of a concert musician’s time, which is spent offstage, Koh told the magazine Strings. “Sometimes, literally, I find out through my manager what other people define me or see me as, but that’s not how I exist,” she said.

In one video, Koh focuses on the physical demands on a performer’s body, and ways to avoid injuries despite hectic concert schedules and travel. On the road, she’s carrying weeks’ worth of clothes, plus books, a computer and music. And then there’s the touring schedule.

“You're traveling on first morning flights out at 6 a.m., but you had a concert the previous night, and there was a reception or dinner after that concert, so maybe you get back to the hotel at 1 a.m., and then you have to leave for the airport at four,” she says. “You need to be aware of what's changing in your body before an injury can happen."

And performance also takes a physical toll. Koh says she’s drawn to projects that can have a higher-than-average chance of injury, such as being on stage for close to four hours performing Philip Glass’ opera “Einstein On The Beach.”

We see Koh in the video visiting a Rolfer (a massage therapist that works on the body’s connective tissue to get it back into proper position) and swimming laps in a pool to stay in shape.

When Koh was a young musician she had a lot of questions about a life in music.  Today, she answers many of them, and shows us what a professional classical musician really does, with this new series.