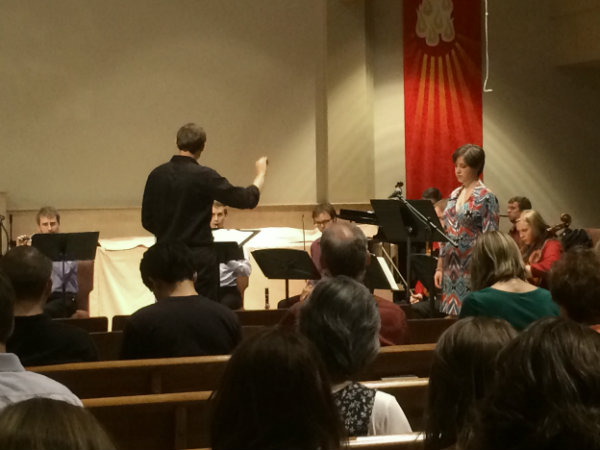 I have been a musician all my life and worked in classical music for decades. How is it that I’ve never attended a performance of Arnold Schoenberg’s "Pierrot Lunaire"?

It’s the burning question I asked myself after hearing the “Pierrot” performance Tuesday night in Centennial, presented by student musicians from the University of Denver.

I’ll admit I was a little squishy about going to this performance. Tuesday was really hot. It would have been the perfect time for a dip in the pool instead -- more fun than dressing up and going to a concert.

And then there’s the issue of the music itself. It's an atonal setting of 21 short poems for a small ensemble and a vocalist using a unique speech-singing style. This is not toe-tapping music.

Then I asked myself two questions: “How bad could it be?” and “How good can it be?”

I had really no excuse not to go. It was 10 minutes down the road and wouldn’t cost me a dime.

Any performance of “Pierrot Lunaire” is something of an event. It’s that kind of piece. I knew I’d never forgive myself if I didn’t go. So I did.

“Pierrot Lunaire” is not for the faint of heart. I worked really hard to follow how the music very specifically illuminated the text, as well as the unusual timbres and instrumentation. I was very tired at the end of the concert. But it was well worth it.

Watching and listening to the students wend their way through such a complex and difficult score astonished me.

And the way Schoenberg's thorny score supported the dark and sometimes grotesque poetry was a very illuminating experience.

How is it that I’ve never ever attended a performance of "Pierrot Lunaire"?

It’s probably because it’s rarely performed. It’s not an audience favorite. The music is challenging. I probably wouldn’t have paid to attend a performance if there was one in my neighborhood.

By the way, Richard von Foerster, the instructor who organized the student performance, told me afterward he gave all his students A’s.