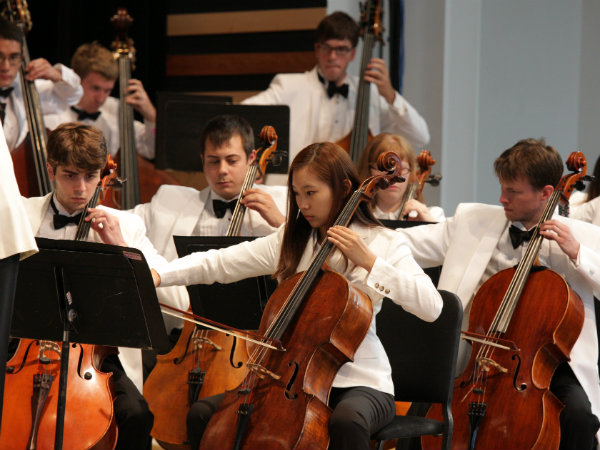 The concert starts at 7:30 p.m. at the Riverwalk Center in Breckenridge, kicking off eight weeks of festival performances.

The NRO is less visible than some of the larger summer classical festivals in Colorado, though the musicians will play several performances at Bravo! Vail over the next few weeks. The NRO allows young musicians to gain experience with important pieces in the classical repertoire and work with accomplished guest conductors.

Watch a 2013 NRO performance of Camille Saint-Saens’ “The Muse and the Poet” featuring violinist Hanna Cooper and cellist Sarah Markle: