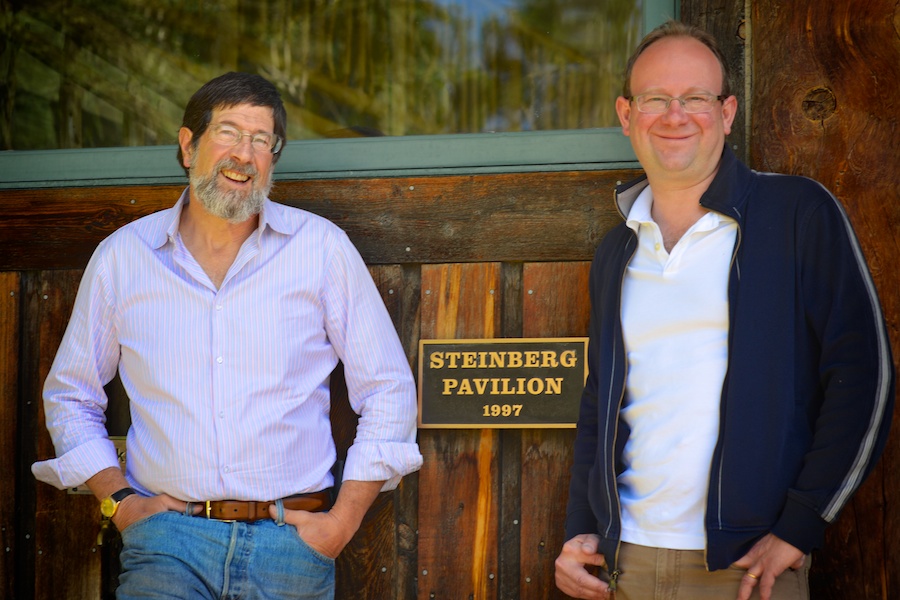 (Photo: Courtesy of Lori Lause)The Perry-Mansfield New Works Festival might be one of the country’s best kept performing arts secrets.

Thousands of miles away from the major theater centers of New York City, Los Angeles and Chicago, the event, now in its 17th season, brings some of the industry’s leading dramatists and directors to the mountain town of Steamboat Springs for a week of intense brainstorming, creating, rehearsing and producing.

The event takes place on the campus of the Perry-Mansfield Performing Arts School & Camp and attracts big names in theater. Some plays developed at the Festival have gone on to receive Broadway and off-Broadway productions.

Performances start Friday evening with the premiere of “The Infinity Pond” by Venezuelan playwright Maria Alexandria Beech. The Festival will also debut two other works, Mee’s “The Glory of the Wind” and “The Whistle Blower” by Itamar Moses (“Bach in Leipzig.”)

Executive director Jim Steinberg, who is one of the Festival’s founders, says the event originated in 1997 out of the desire to bring playwrights in to work on new plays in an atmosphere void of the pressures of production, agents and critics.

Andrew Leynse, artistic director of Primary Stages, took on the artistic leadership of the Perry Mansfield Festival seven years ago after participating in the event for several years.

CPR: What is the premise behind the Perry-Mansfield New Works Festival?

Andrew Leynse: The Festival was founded to create a professional-grade workshop and provide a rare opportunity for playwrights and the artistic team to create and test work in a safe, beautiful and inspiring environment. Let’s say I’m developing a play. Before it gets to an audience, you want to hear it in a room with actors. For an intense week, we bring theater companies from across the country to Steamboat Springs to collaborate on this process. We have relationships with these different institutions, so I reach out to them and ask, “What is in the pipeline to be developed? What are you working on?” A lot of these companies don’t necessarily have funding in their budgets to create these plays. So it’s meant to be a time where they can work with the artists they want to work with without having to worry about the stresses of production, finances or agents. They can focus in on the play and what the play is saying.

CPR: How does the setting of Colorado and, specifically, Steamboat Springs influence the Festival?

Andrew Leynse: Last year, Perry-Mansfield celebrated its centennial of developing theater and dance. To be on its campus creating these new works is really special. The community is also really invested in the institution and the Festival. There’s an audience in the Steamboat Springs community that comes out to see these plays every year. Then there’s the beautiful landscape of Steamboat Springs and the Perry-Mansfield campus. This allows artists to take a breath. When you come to a different setting you can put your mind in a different place. It allows for a sort of moment to detox and focus your mind on what you’re developing. Once you get here, you never want to leave.

CPR: A week is a short amount of time to pull these plays together. How does the process work? Does it help or hinder the artists?

Andrew Leynse: For a week, they have full rehearsal days, which can sometimes go into the evening, and then they present their work starting on Friday. A week might seem like a short amount of time. But because it’s intensified, you can get a lot of work done and you see a lot of creativity. And it’s not about how far a play progresses during the week. There’s no pressure to complete a piece. This is a developmental step in the process.

CPR: Do you focus on specific genres of theater, or do you curate a variety of developing plays each year?

Andrew Leynse: It’s a range of genres, including musicals, dramas and comedies. I like to try and have a mix each year. This year we have two dramas and a dark comedy. It’s always so interesting to see the reading of a play at this stage too. Sometimes, it can even be more engaging than a full production because you have to use your imagination more.

CPR: There are some big names on the bill this year, including Charles Mee and Les Waters. Is it common to attract these types of bigwigs in the industry? Do these plays tend to have lives beyond the New Works Festival?

Andrew Leynse: This is the first time Charles Mee and Les Waters have been to the festival. But we always get exciting names as the institutions involved are considered leaders in the field of developing new work. We’ve had a few plays go on to Broadway. Adam Bock wrote a play at the Festival one summer that got picked up by Manhattan Theatre Club. Jordan Harrison wrote a play for the Actors Theatre of Louisville called “Maple and Vine” that got picked up for Off-Broadway. I always say plays get better by having multiple productions and multiple steps. This is one of those important developmental steps in the life of a play.

Works under development at the 17th annual Perry-Mansfield New Works Festival receive performances on June 13 at the Chief Theater and June 14 at the Julie Harris Theatre in Steamboat Springs. For more information, visit Perry-Mansfield.org.