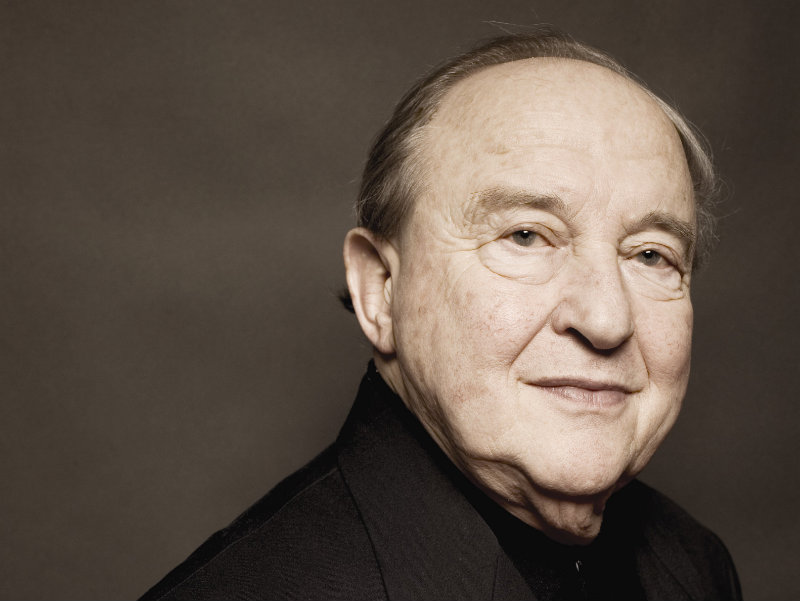 (Photo: Courtesy of the artist)This month, patrons of the Strings Music Festival in Steamboat Springs  will once again benefit from the long friendship between Festival music director Andrés Cárdenes and the renowned 90-year-old pianist/pedagogue Menahem Pressler, who makes his second summertime visit to the Colorado resort.

It’s been nearly 40 years, but Pressler, still sharp and still performing around the world, remembers meeting the 18-year-old violinist at Indiana University.

“I liked his talent,” Pressler says of the Cuban-born musician. “Andrés was studying with (Josef) Gingold, but I decided to coach him. Soon, he became one of my friends.” And so they have remained -- which explains why Pressler agreed to fit Steamboat into his busy concert and teaching calendar.

Cárdenes is now 55, having enjoyed a successful international career in music, including a 21-year stint as concertmaster of the Pittsburgh Symphony. Yet, he has never lost  that youthful awe he experienced when he first met the pianist.

“I still call him Mr. Pressler,” the violinist admits. “He scolds me and says, ‘Please, call me Menahem!’ But I tell him that I’m just old-school. And he says, ‘If you’re old-school, what does that make me?’ “

Pressler has long been celebrated both as a chamber musician -- founding and leading the Beaux Arts Trio for more than half a century -- and as a soloist with the world’s greatest orchestras. Still, he speaks with quiet modest about his career. “I don’t want to blow my own horn -- I have no horns,” Pressler says during a conversation from his office at Indiana University, where he teaches 14 piano students and holds the occasional master class.

Pressler still carries the remnants of a German accent. He was born in Magdeburg in 1923, and fled the Nazis with his family in 1939.

The pianist voices no preference for playing chamber music, as he will at two Strings events, or appearing with an orchestra, as he did at Steamboat last summer.

On Tuesday in the 550-seat Strings Music Pavilion, the pianist and Cárdenes will play a Mozart violin sonata, then the two will be joined by a trio of string players in Schubert’s “Trout” Quintet.

The following Saturday, Pressler will play music by Mozart, Strauss and Dvorak.

For Cárdenes, making music with his old friend has always been a wonderful partnership.

“We collaborate,” Cárdenes says. “Of course, I trust his thoughts on the music. I learn a lot from him. But you don’t want to defer to him all the time. He could lose respect for you. Playing chamber music with him is not a clash of egos, but a clash of profound musical ideas.”

Pressler remains a musician seriously striving for the highest level of artistry on every occasion.

And on some of those occasions, he can become quite outspoken. “Everyone gives me the respect of an old man,” Pressler says. “But sometimes, the old man is not so nice.”

Pressler recalls a rehearsal with the Berlin Philharmonic, when he asked the conductor to stop, so he could instruct the oboists to play a phrase differently. Few soloists would be so brash.

“They did as I said -- and they loved it!” Pressler says.

“A musician searches,” Pressler says. “You find what’s important to you. Even at my age, I’m open to new ideas. Because I’ve been on the top of the mountain, there are not many new discoveries. But I still practice very hard.”

Critics over the years marveled at the warm playing of the Beaux Arts Trio, even with all the changes in personnel.

There have been five violinists and three cellists between its founding in 1955 and its final concert in 2008.

“It doesn’t just happen,” Pressler says of the trio’s sound. “One of our secrets was that you didn’t hear the piano sounding like a piano. I tried to sound like my string colleagues. I remember the cellist Paul Tortelier telling me, ‘You play piano with a bowing arm!’ “

Cárdenes shares a similar amazement, noting how Pressler loves to play with one leg tucked behind the piano bench, so everyone can see that he’s not using any pedal.

That’s all technical stuff to Pressler, who never tires of playing music. “I have a hunger that I’ve never stilled,” Pressler says.

And speaking of hunger, what sort of a diet and lifestyle has permitted the musician to enjoy a such a long, healthy, active life?

“I eat all the wrong things,” he admits. “My wife calls me a lucky mushroom.”

Despite a thorough knowledge of the musical art, gained over the course of a lifetime, Pressler won’t entertain the idea of conducting an orchestra -- for practical reasons.

But for how much longer?

“As long as the good Lord gives me the strength,” he replies.