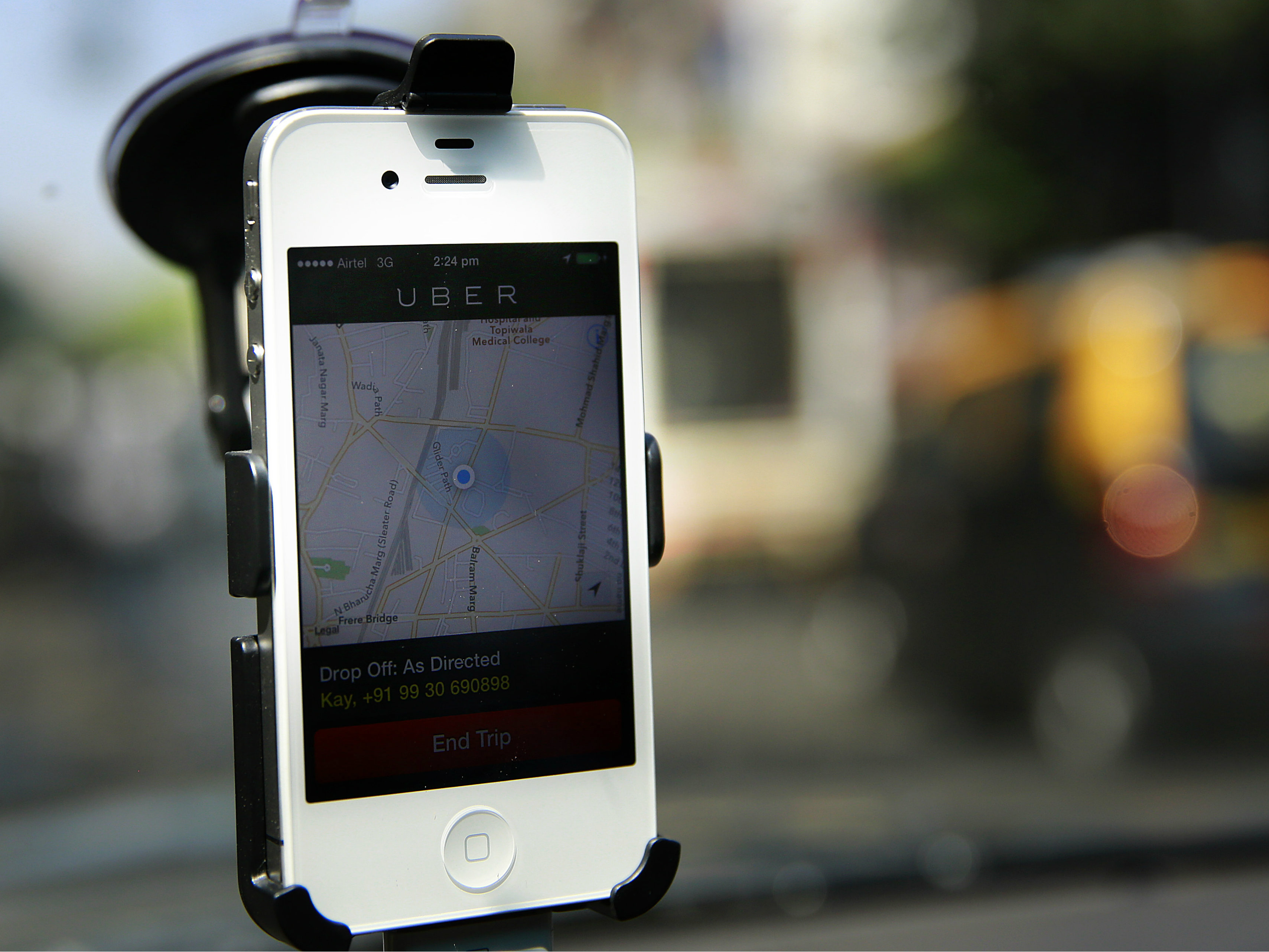 Last Friday, Dave Cook, a writer for GeekWire magazine, hopped in an Uber car to get from downtown Denver to the airport.

Uber, the smartphone-powered taxi service, is legal in Denver. The ride was going along fine, Cook wrote last week, until:

Within one mile of the airport, we were pulled over by the Denver Police. Two large SUVs were working in tandem to “radar” drivers — the standard speed-trap ploy.

My Uber driver was tagged and we were pulled over. There was no mention of speeding when the officer approached. The officer, who didn’t identify himself immediately, asked for the Uber driver’s license, registration and insurance (The driver had all of that). The officer then opened the backseat door where I was sitting and asked if I was paying for the ride.

I said what do you mean?

He asked again: Are you paying to have this person drive you to the airport?

I said yes. He then asked me how much I was being charged. I said I didn’t know the exact amount because I hadn’t reached the destination yet. He pushed the issue about the cost and then asked if this was an Uber ride. Both the driver and I said yes. Then the officer asked again how much the driver was charging me. I said the estimate was somewhere in the $35 to $45 range.

The officer then told us that “he was going to educate us on Colorado law today.” Uber was illegal in the state, he said.

Cook looked up Colorado law on his smart phone and contested the officer's account. The incident ended with the driver being cited for speeding and Cook, the passenger, turning down the officer's offer of a free ride to the airport.

The only thing the Uber driver was upset about once we continued our journey was that the officer had driven away before giving us clear and protected access back onto the busy road where he had instructed the driver to pull over.

So, in hindsight, who had my personal safety and interest in mind? The Uber driver.

In our initial review of the facts of this case, the officer corroborates much of what you wrote in your column. I find this concerning and have opened an investigation into whether the officer's conduct was within policy and appropriate. ...

In the meantime, I would like to publicly apologize for any inconvience or frustration we may have caused you. The Denver Police Department fully embraces Colorado State law -- including the new law regarding Uber taxi services.