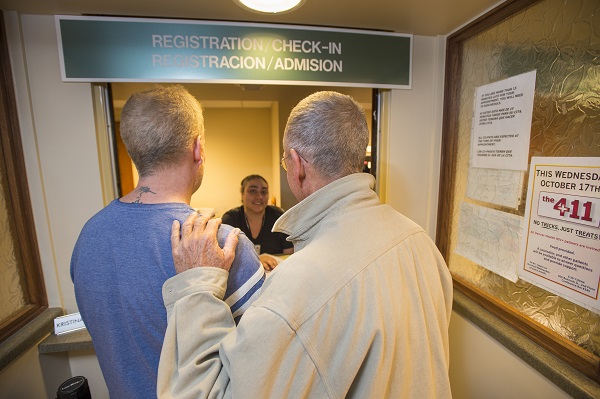 (Photo: Courtesy of Scott Dressel-Martin)Colorado is in line with a new nationwide study of HIV and AIDS, showing about a 30 percent drop in infections since 2002.

The national report posted by the Journal of the American Medical Association doesn’t cite a direct cause for the drop.

Melanie Mattson, who runs the HIV section of the Colorado Department of Public Health and the Environment, said while Colorado HIV rates are down in the past decade, there is more work to do.

"We certainly know from all the studies that we’ve been monitoring over time that we still have a lot of folks who are not protecting themselves or are not aware of their infection," Mattson said.

In the nationwide study, infections are down for men and women and in most age and ethnic groups.

But researchers found an increase in HIV among gay and bisexual men, especially those under 24.

In Colorado, most of the decline happened before 2008 – infection rates have been stable since then, says Mattson.

She says the drop is encouraging, but should not make people careless.

"We always try to balance the message to say, look at all the great treatments that are available and all the great prevention efforts that we’re doing, but you still have to protect yourself," she added.

She says almost all of Colorado’s HIV cases were sexually transmitted. Only about 5 percent of Coloradans with HIV got it through drug use and needles.