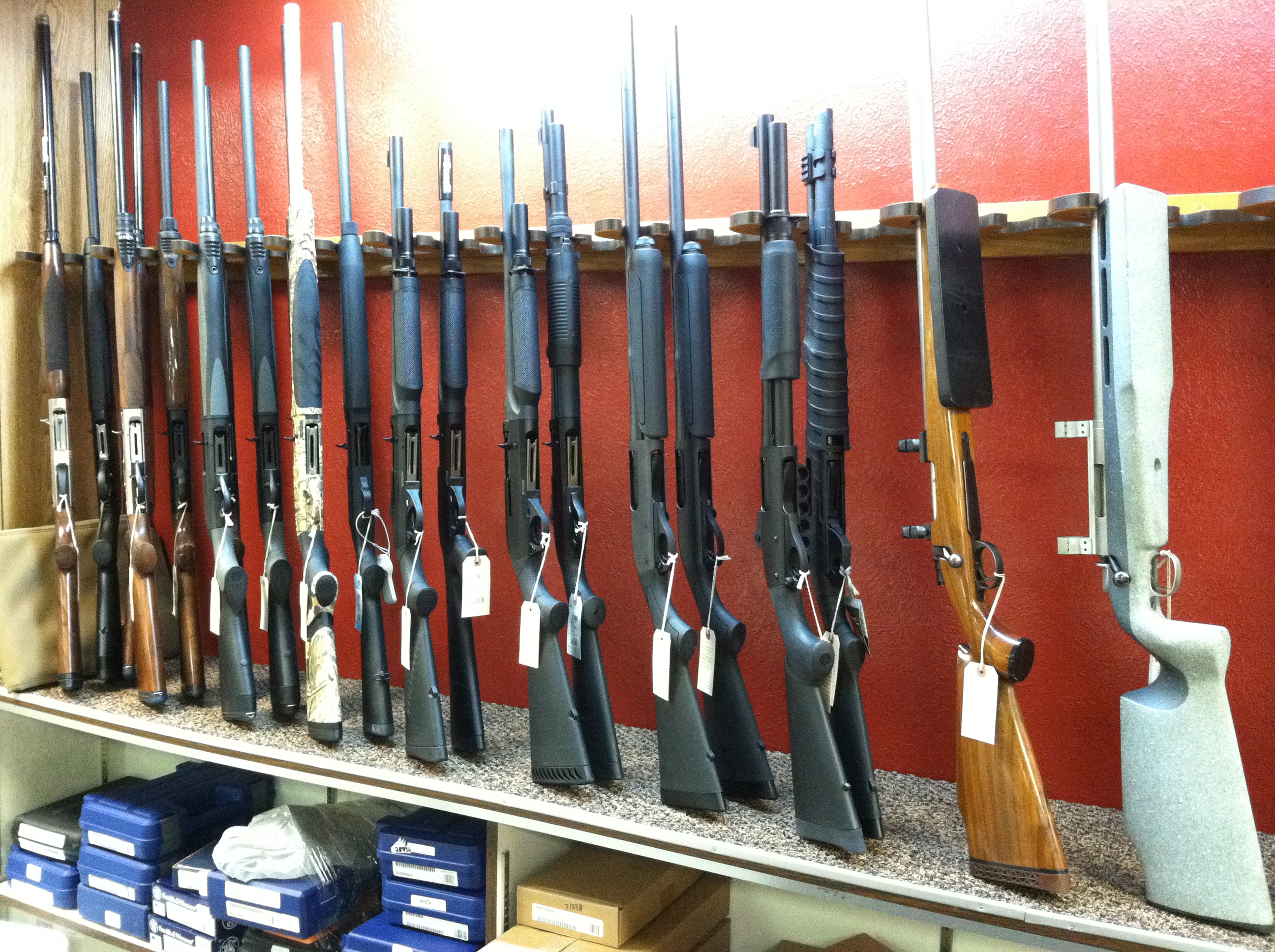 (Photo: CPR/Megan Verlee)Gun purchases in Colorado have fallen by more than a third this year, after an unprecedented surge of buying last year.

In the aftermath of the Aurora theater and Newtown, Connecticut mass shootings, debate swirled about gun control, stoking fear that certain guns would be outlawed.

Through the first five months of this year the Colorado Bureau of Investigation (CBI) has approved 146,800 firearm background checks, compared with 231,566 checks over the same period in 2013. That's 84,766 fewer guns, a 37 percent drop.

The volume of gun purchases this year represents a return to normal after a flurry of activity in late 2012 and early 2013, when gun control was hotly debated nationwide.

“There was a little bit of panic,” that the government was going to crack down on certain types of weapons, says Josh Steinsiek, manager of The Gun Room gun store in Denver.