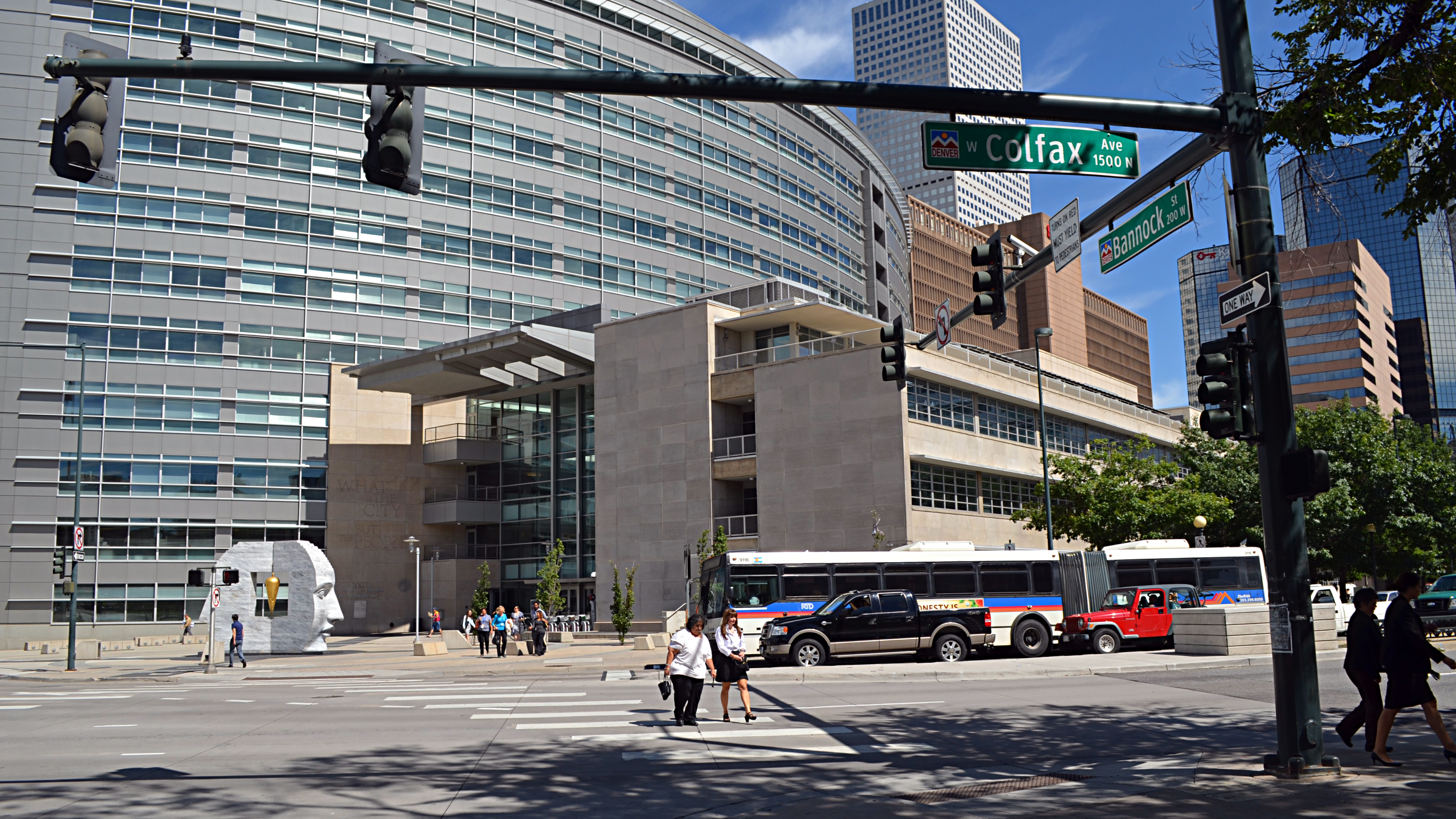 (Photo: CPR/Pat Mack)The public has a chance to weigh in on a proposal to add bus-only lanes to Colfax Avenue during rush hour in an attempt to ease congestion.

The proposal would set up a system similar to what Denver already uses in the Broadway-Lincoln corridor.

Denver transportation planners say the proposal could decrease travel times for bus riders, but it could slow cars and trucks.

Crissy Fanganello with Denver's Department of Public Works says about 30,000 vehicles a day use the 10-mile stretch of Colfax from the Auraria Campus in Denver to the Anschutz Medical Center in Aurora. Another 20,000 people ride buses on that part of the road daily.

"There's so much congestion on the roadway that everyone is stuck," Fanganello says. "We have buses that are so full today that they are passing up passengers."

She says the bus rapid transit idea could improve travel times up to 10 minutes.

It would include upgraded stops with real-time travel information and pre-boarding ticket purchases. New buses would be stair-free so they're easier to board and would carry technology to time stoplights for faster travel times.

Reducing Colfax to one lane in each direction for cars and trucks during rush hour could cause additional delays for drivers, she says, but adds most people are using Colfax for short trips and not for traveling across the metro area.

"If you're in your car, you're probably not using that road for long distances," she says. "You're using those side streets."

Bus rapid transit would cost an estimated $115 million, while a modern streetcar system would cost about $400 million.

Transportation planners rejected the streetcar proposal as too expensive. Light rail also was rejected because of the cost and because they are less compatible than streetcars in a congested urban setting.

After the public provides comment, planners will complete a more comprehensive study on the bus rapid transit proposal.

Meanwhile, traffic on Colfax Avenue is expected to become only more congested with demand for transportation projected to grow 20-30 percent in the next two decades.