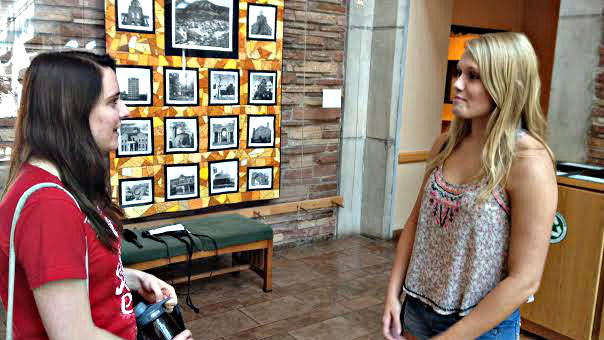 (Photo: CPR/Jenny Brundin)This year, the University of Colorado Boulder is ramping up its efforts to confront sexual violence on campus, which include more extensive freshmen orientation sessions on sexual assault, partner abuse and stalking.

The university has had a comprehensive program for dealing with sexual misconduct since 2007, when the school settled its biggest Title IX lawsuit, the federal law that sets rules for how schools must handle allegations of sexual assault and harassment.

The university paid $2.8 million to two women who alleged they were raped in 2001 at a party attended by CU football players.

CU Boulder came into the spotlight again last year after a sexual assault case sparked a yet-to-be-completed federal investigation, which landed the school on a list this year of more than 70 colleges under scrutiny. Colorado State University, University of Denver, Regis University, and the University of Colorado-Denver are also on being investigated for Title IX procedural issues or complaints. 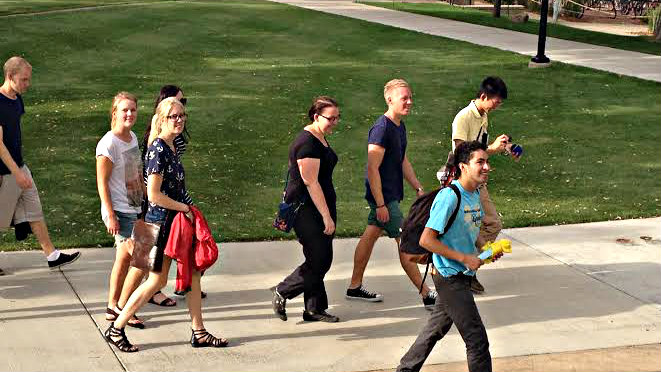 “But our job is to go beyond that,” says Valerie Simons, the school’s new Title IX coordinator. “Our job is to be higher than that and to put best practices in place.”

Simons is examining every layer of the school’s practices. Already, she’s combining two offices that investigate student and staff misconduct.

On the education side, Simons wants more than freshmen training. She’d like to get into the dorms, where students live, work and study to do more intensive training that’s based on real experiences.

“So that they can understand when this happens somewhere, what did they do to recognize that the situation is actually happening and to start building upon those skills,” she says. 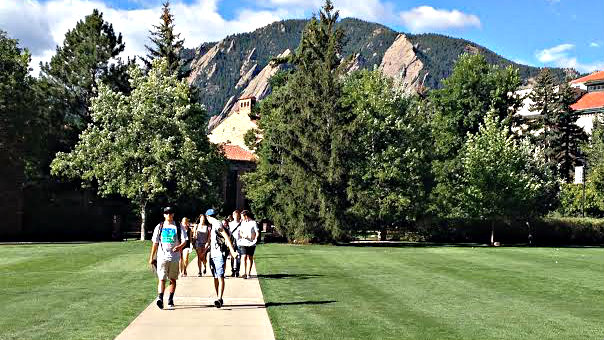 (Photo: CPR/Jenny Brundin)The White House has declared sex crimes to be an "epidemic" on U.S. college campuses, with one in five students becoming a victim to sex assault sometime during their college years.

CU Boulder freshman Maddy Hershiser had her first “close call” before she even got to college. It was the first time she drank alcohol in high school.

“There was a guy there getting touchy-feely and I wasn’t all the way coherent because I’d had a lot to drink,” she says. “But my friend was there and she kind of pulled me away from the situation. She told him, ‘like alright buddy, we’re going to go home. Please don’t touch my friend anymore,’ and he kind of got angry but she just pulled me away from the situation and put me in the car and tucked me in.”

Nationally, on average, 90 percent of campus sexual assaults involve alcohol, according to a study for the National Institute of Justice. 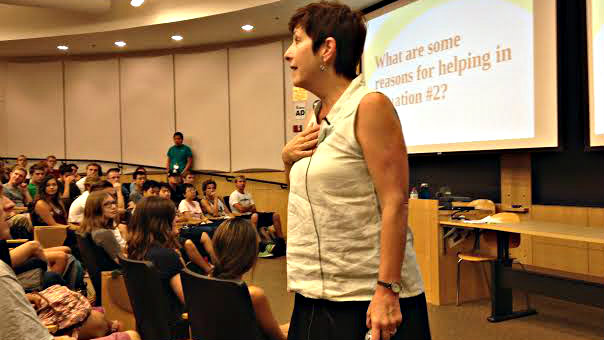 (Photo: CPR/Jenny Brundin)Hershiser is older, more aware, and much more careful now, but still worries about sexual assault. Some students aren’t fully aware of the dangers  so freshmen at CU Boulder must attend three comprehensive orientations on everything from what sexual consent really means, to how bystanders can stop violence before it happens.

Many students say they already have strategies for watching out for friends at parties.  Miles McMahan talks matter-of-factly about helping out his female friends who’ve drunk too much.

“They’re usually pukin’ their brains out,” says McMahan, a freshman at CU Boulder. “So you gotta help them, hold their hair and stuff, make sure no stranger is trying to take advantage of them. Just do what you’re supposed to do.” 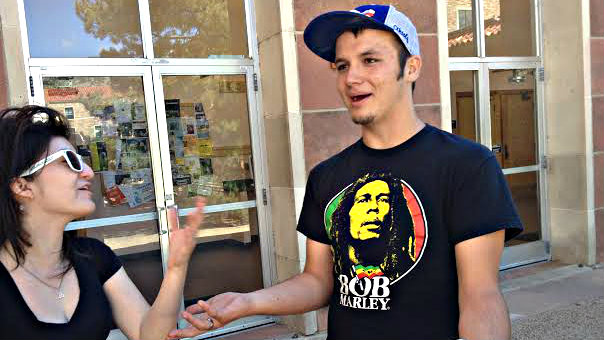 (Photo: CPR/Jenny Brundin)That’s the kind of awareness CU officials are trying to build. They know they can’t eliminate drinking on campus but they hope to make all students become more alert to sexual assault, partner abuse and sexual harassment.

In another orientation session on the school’s code of conduct, students watch a YouTube video of a young male. He tells viewers, the girl on the couch behind him is passed out.

“Guess what I’m going to do to her?” he asks his audience.

The viewer feels dread at what’s about to happen next – but the man tucks the woman in with a blanket, sets a glass of water next to her and says to the camera:

That elicits applause from the students who are watching.

On the surface, consent seems pretty simple – yes to sex. Or no to sex. But when there is alcohol and young people who aren’t confident about talking about sex -- and peer pressure -- it’s a dangerous mix.

Silence is not consent 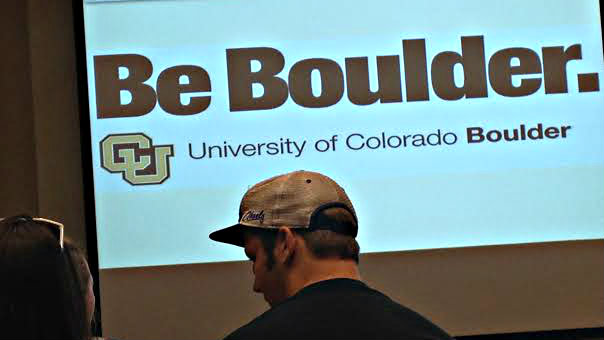 (Photo: CPR/Jenny Brundin)Some freshmen seem fuzzy about the concept of consent. Grant McMullin is new to campus but he knows the drinking scene from high school. He says some guys see girls as targets.

“Guys definitely want to bring the girls to the house and get’ em drunk like, just kind of a thing,” McMullin says. “They go with it, most of the time.”

McMullin says it’s just to have fun but it usually ends in sex.

“They like, give off you know, some body language that you’d think they’d want it,” he says. “Then they’re drunk so they just go with it. I don’t know, maybe they don’t, but they just give off that vibe that they are trying to [have sex.]”

For some guys, McMullin says, it’s a confusing situation.

“Because you are definitely tempted,” he says. “But,” he adds, “if they don’t reject you, that’s kind of their fault.” 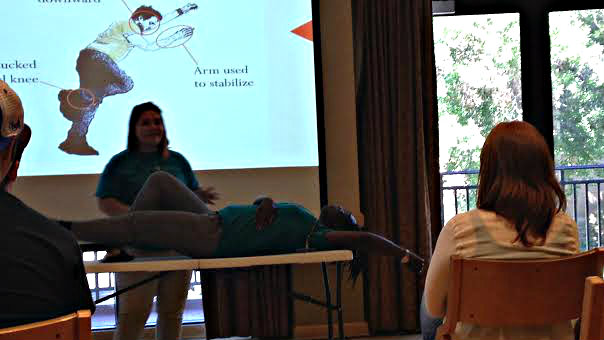 (Photo: CPR/Jenny Brundin)That’s the kind of thinking the university is trying to correct. In fact, it’s not a girl’s fault, says Jessica Ladd-Webert, with CU’s Office of Victim Assistance, which has been on the campus for more than two decades.

The honor code is clear: silence by itself cannot be interpreted as consent. It is voluntary, mutually understandable words which indicate both parties want to participate in sexual activity.

“We also want to make sure that they know that silence does not equal consent and that when people are fearful are being coerced or threatened, they don’t have the free will to give consent and also that if someone is too intoxicated due to drugs and or alcohol that they do not have the capacity to give consent either,” she says.

Sometimes a student can be uncomfortable communicating what she really feels. The school’s health office developed posters and magnets that say “just because they aren’t saying ‘No, no, no’ doesn’t mean they’re saying ‘yes, yes, yes.’"

Ladd-Webert of the Office of Victim Assistance says the posters are popular: 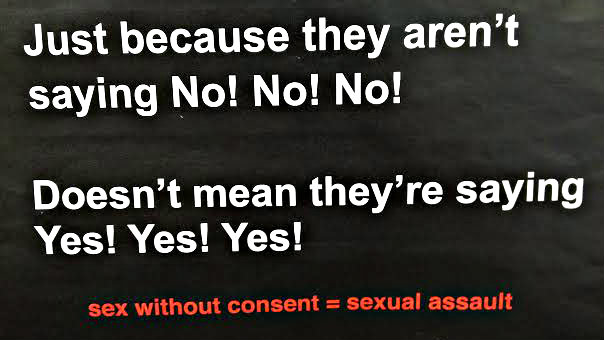 (Photo: CPR/Jenny Brundin)“I think they validate people, men and women in, ‘that’s what I think I just don’t know how to say it,’” she says. “ 'Now I have poster, [its] like, that’s how I feel, I’m going to hang this poster in my room.’ Some people steal these posters to hang them in their room because they think they’re so powerful. I’ve had people come in here and say I’m going to take that poster and hang it because it’s how I want to say it, I just don’t know how.”

Title IX coordinator Valerie Simons plans to track whether what students learn in orientations translates into practice as the school year moves forward.

“Because any program is only going to be measured by how effective it is,” she says. “We have to be able to say, ‘we are preventing this, what are we doing?”

Tomorrow on Colorado Public Radio: Some students say it’s going to take more than orientations to stop sexual violence on campus. We’ll talk with two students transferring to CU Boulder this year about the culture they say leads to sexual violence and about what they are doing to protect themselves.