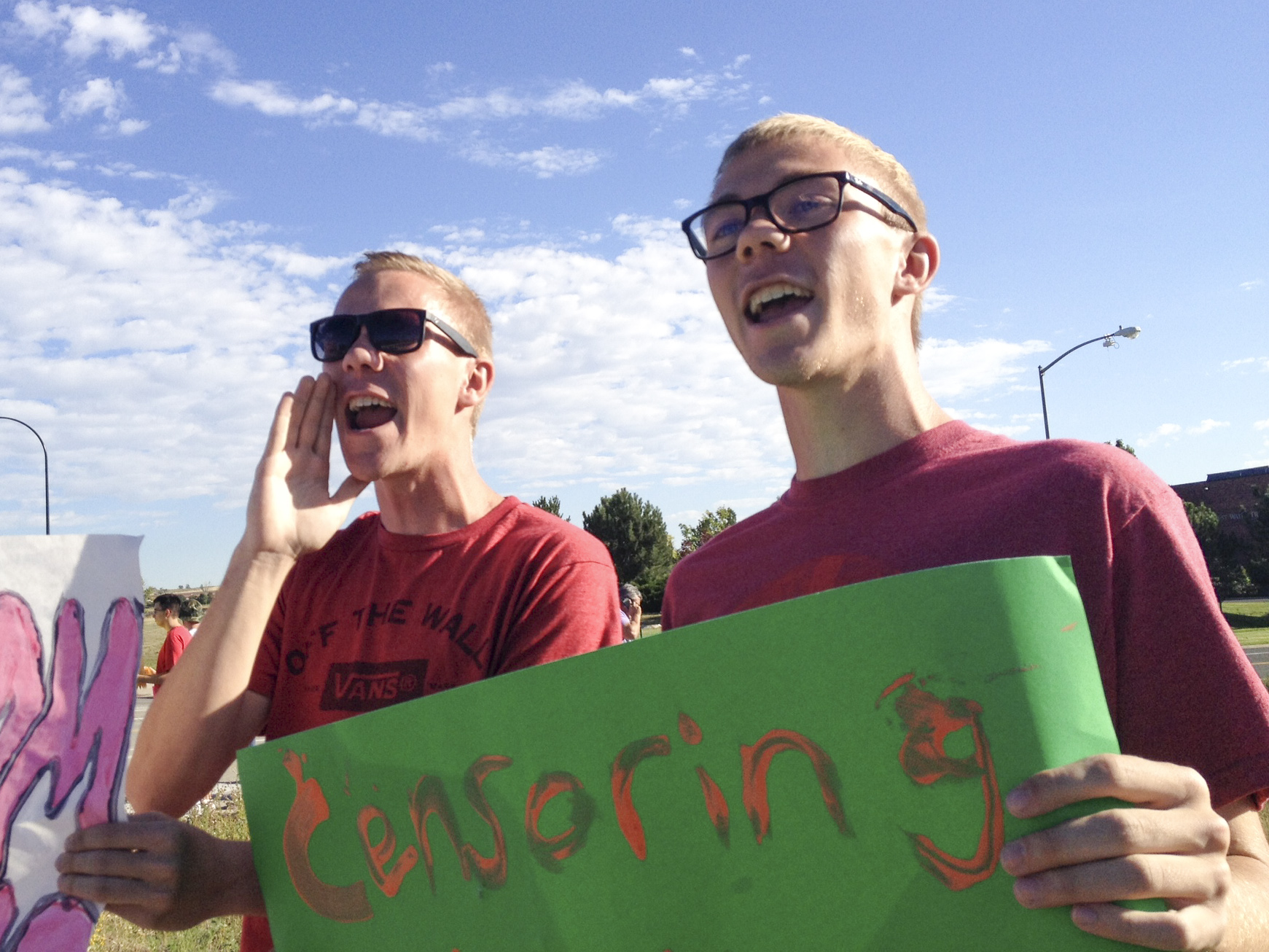 Dozens of teachers at Standley Lake High School in Westminster and Conifer High in Conifer called in sick Friday, prompting both schools to close for the day.

Thirty-two teachers from Standley and 18 at Conifer didn't go to work Friday. That's about a third of the two schools' teaching staffs.

Teachers are riled by a couple of issues: one is an ongoing disagreement over pay and the intentions of the new conservative board members. The other is a board proposal to set up a curriculum committee to review what materials teachers use in the classroom.

The resolution states that history classes in Jefferson County schools should promote "patriotism, essentials and benefits of the free enterprise system, respect for authority and respect for individual rights.” It generated controversy at Thursday night’s school board meeting.

The language in the second half of the resolution is virtually identical to language adopted by the Texas Board of Education. School board member Julie Williams, who sponsored the proposal, said people have misinterpreted what she’s trying to do. She said she’s not trying to eliminate the facts of U.S. history but shares the concerns conservatives nationally have outlined – that AP History casts some parts of history in a negative light, such as the bombing of Hiroshima and slavery.

John Newkirk, another school board member, says his children have been bringing home "primarily negative" materials. The crowd at Thursday's school board meeting jeered as he spoke:

The resolution was tabled Thursday night but could come up for discussion at a later date.

The controversy prompted about 100 Standley students to line Wadsworth Boulevard Friday, near their school, waving placards and drawing a cacophony of honks from passing cars.

Students say school should be about learning to be free thinkers, how to express themselves and critically analyze what’s before them.

"It's not OK to censor my education," said Standley senior Meg Henderson. Students also chanted "my school, my voice."

Senior Jocelyn Wallen was particularly irked by the resolution’s reference to the fact that materials should not encourage civil disorder.

“Losing a day of learning isn’t good for our students or our staff. I think most of us can agree that whatever issues may divide adults, our students shouldn’t be the ones to suffer,” McMinimee said at a press conference Friday.

The proposed curriculum committee would require materials to promote patriotism, and the essentials and benefits of the free enterprise system. It also said that materials should not encourage or condone civil disorder, social strife or disregard of the law.

Nationwide, some conservative groups have complained the new AP History curriculum has an anti-American bias.

Standley Lake High teacher Benjamin Thompson disagrees. He believes the content is the same, but says the standards are more rigorous and require much more critical thinking. And how students are tested on the course has changed which has affected how students are taught.

"It allows teachers to slow down and it’s not as driven by this giant test that we’re preparing them for," Thompson says.

In this new way of teaching history, there’s more time to look at different interpretations of events. And that may be what is making some conservatives uncomfortable.

Jeff Pearson, principal of Standley, says there weren’t enough substitute teachers to cover the absences Friday so he decided to close the school. Pearson worries a little bit about what’s coming down the pike.

"I don’t want to divide people and I want teachers to feel like they're supported and here for a reason and that’s to teach kids," Pearson says.

The local teachers' union, the Jefferson County Education Association (JCEA), said in a statement it was "aware" of Friday's happenings.

"This was not organized by JCEA but we certainly understand the frustration teachers and the entire community are experiencing when their elected officials are making decisions in secret, wasting taxpayer dollars, and disrespecting the community's goals for their students," said Scott Kwasny, director of communications and field operations for the JCEA in a statement.