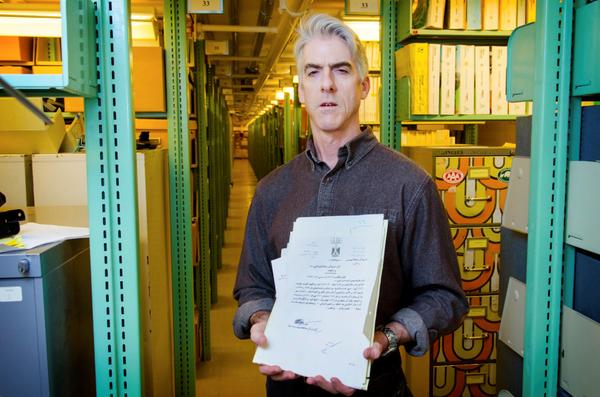 (Photo: Patrick Campbell/University of Colorado)A delegation from Iraqi Kurdistan is getting back a critical part of Kurdish history that was taken out of the region more than 20 years ago, and ended up in Colorado.

It’s a cache of Iraqi Secret Police records, discovered during the First Gulf War in 1991. They were digitized and ended up at CU Boulder in the late 1990s.

The files span the period from the 1960s to 1991 and detail Iraq’s top leadership, security and intelligence agencies and collaborators. They also contain information on governmental policies, directives and decrees, military operations and troop movements, including the use of chemical weapons during the Iran-Iraq War and against the Kurds, elimination of villages, disappearances, collaborators, torture, pro-government Kurdish militias, the Arabization campaign for Kurdish areas and the political and human rights situation during the crisis over Kuwait.

[CU-Boulder's Bruce] Montgomery has long held that the documents should be repatriated back to the Kurdish people.

“This repatriation is the result of ongoing efforts and members of the Kurdish delegation are pleased to finally receive a copy of the digital archive,” Montgomery said. “The return of the Anfal documents to Iraqi Kurdistan honors the original agreements forged with Kurdish leaders who allowed them to be shipped to the United States for safe storage, analysis and use by the international community to bring Saddam Hussein and others to trial.”

Bruce Montgomery, who oversees the CU archives, told CPR News how the papers got to CU after a Kurdish uprising against Saddam Hussein. Click the audio link above to hear the conversation.