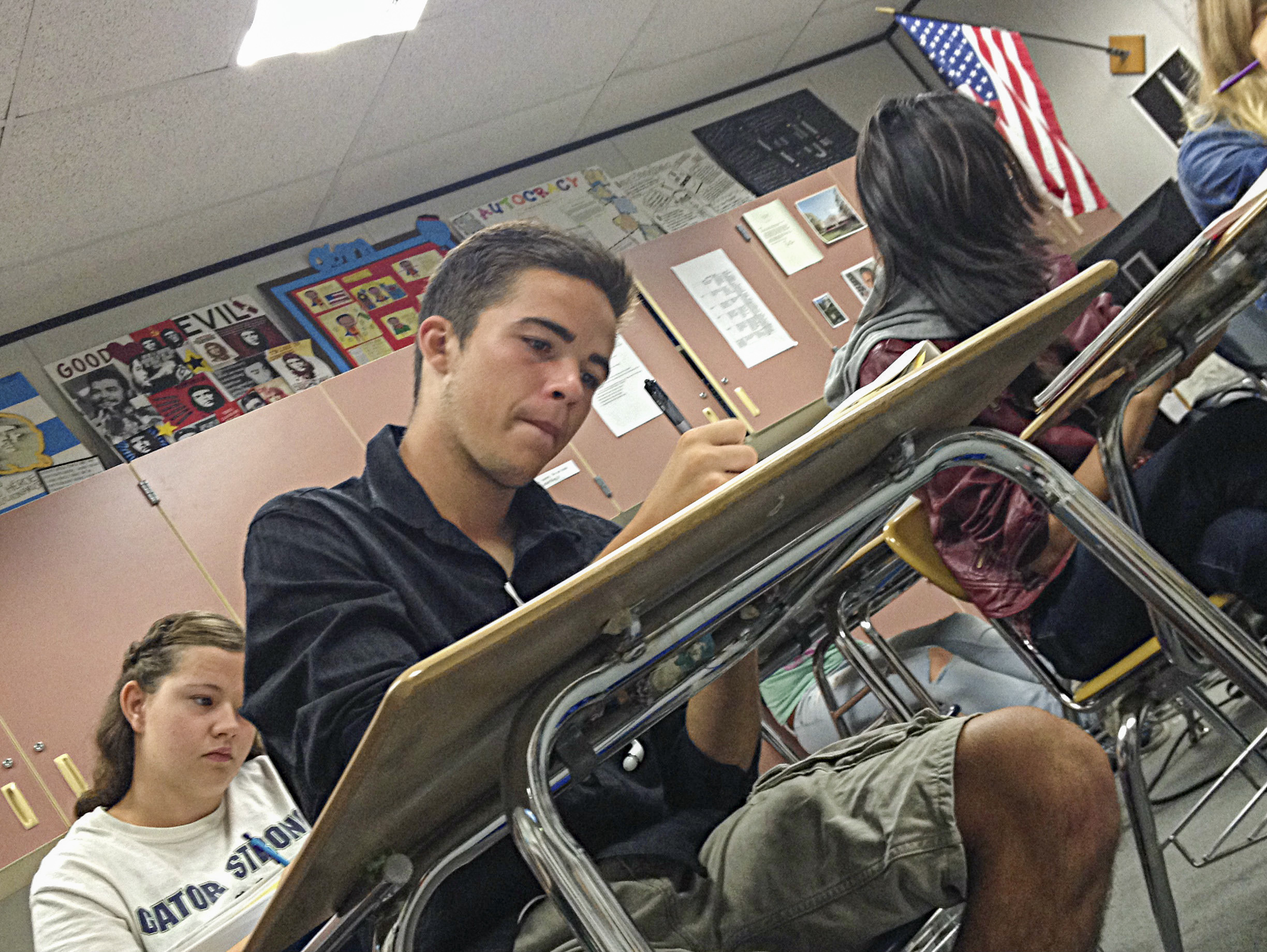 At a meeting Thursday night, the Jefferson County Board of Education will take up the controversial topic that propelled students to walk out of their classrooms over the last few weeks.

The controversy began at the last board meeting when conservative board members charged that the revamped Advanced Placement history curriculum casts America in a negative light and leaves out many important historical figures.

But what's the reality inside a classroom? One teacher in Jefferson County says the new A.P. framework emphasizes critical thinking and allows her to teach in a more sophisticated manner.

On a recent day in Christy Hayashi’s A.P. History class at Standley Lake High School, students were exploring the years shortly after the American Revolution when a fierce debate raged about whether to create a national bank.

Hayashi’s students had already read up on the opposing arguments two of the founding fathers presented to George Washington.  Alexander Hamilton, on the one hand, said a national bank could take care of the Revolutionary War debt and kick-start the economy. On the other side was Thomas Jefferson, who thought chartering a national bank was unconstitutional.

Hayashi prompted her students to expand on Jefferson’s views and his fear that a national bank would overstep the power of a national government.

“The constitution limits Congress to act upon things that are necessary and not conventional,” says one student. Hayashi pushed the student to go further.

“He’s basically saying, ‘only act if it’s an emergency,' ” says the student.

“Is the national bank a necessity?” Hayashi asks a roomful of students, both juniors and seniors. Some say it is; some say it isn’t.

One student says in Jefferson’s view, setting up a bank is something the states can do.

Hayashi reminds the class of the analogy: federalism is like a layered cake. Jefferson is saying, she says, “the other layers of the cake can do this; it doesn’t have to be our job.”

The class continued in this vein, with Hayashi nudging the students to think more deeply about the heated arguments in the early days of the nation over what powers the new federal government should have. And she pushes them to dissect, compare and contrast the two men’s arguments: what techniques is each using to be persuasive? Which arguments do the students find more convincing?

She deftly weaves content – such as a discussion about the the “necessary and proper” clause of Article I of the Constitution – with getting the students to use evidence as they discuss the differences between each man’s interpretation of that clause.

Hayashi says this style of teaching is at the heart of the change in the new AP U.S. history “framework,” which is the content and set of guiding principles for what’s on the history exam. She says the old framework was heavy on multiple choice questions so she sprinted through the material, hoping some random fact that a student memorized would be on the test.

“You have to know a little bit about absolutely everything,” she says.

“The new framework allows me to spend more time working on historical thinking skills. So it’s not just having kids regurgitate a little about everything. It’s allowing them to truly think like a historian.”

Historical thinking, she says, is when students have the time to think deeply, look at different historical perspectives and analyze both sides of an argument.

Midway through the class, the students work in pairs to discuss the pros and cons of a national bank and to “grade” each other’s thesis statement, discussing ways they can be improved. The students talk about context and perspective, like why an argument was made in light of what was going on in the nation at the time. 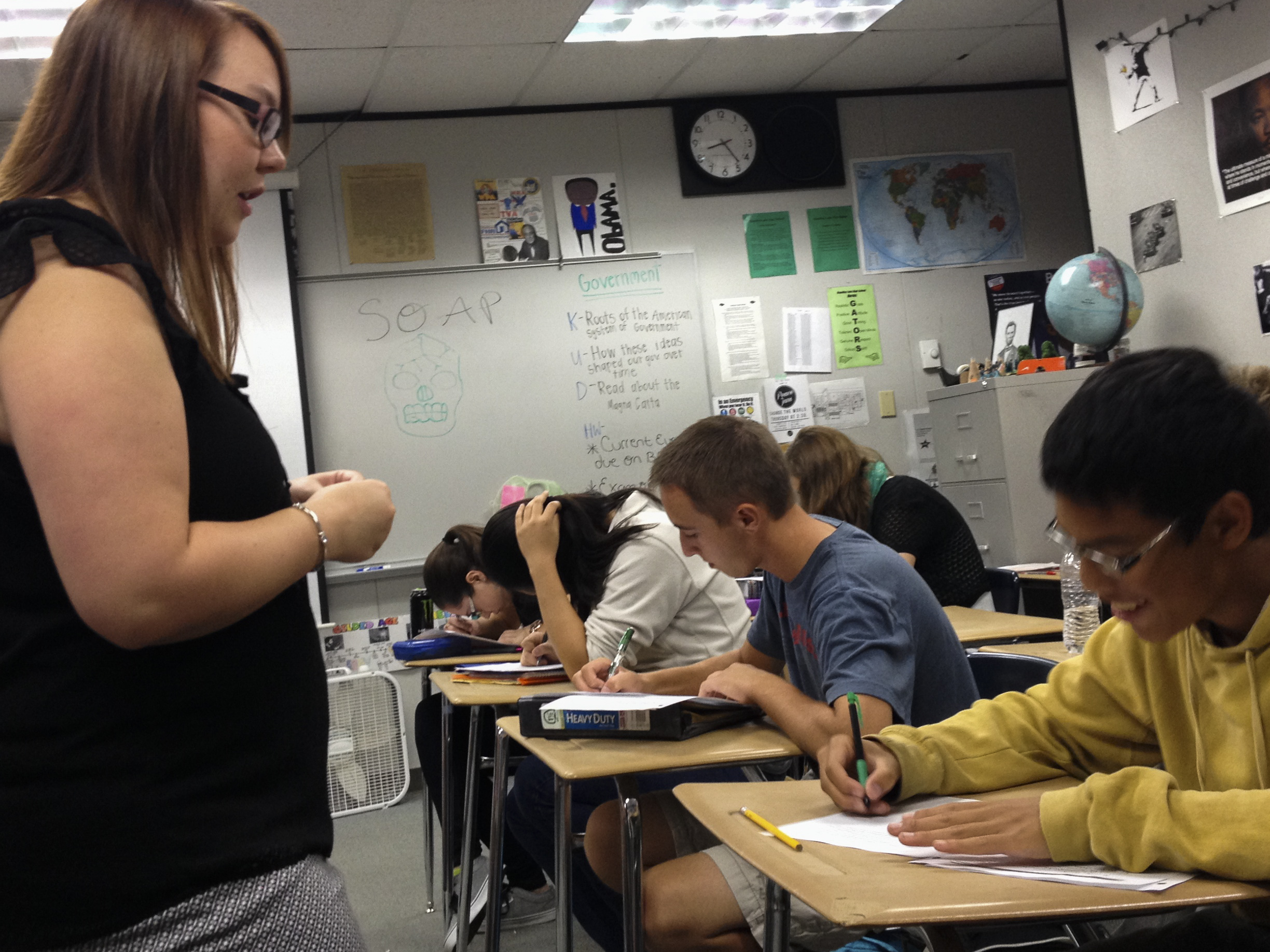 Hayashi says it’s hard to ignore the raging debate going on outside her classroom. She’s heard the criticism that for the section on World War II, the new framework highlights negatives like the Japanese internment camps yet leaves out positives like D-Day and American troops liberating prisoners from concentration camps.  But from Hayashi’s point of view, the critics are looking at the revised curriculum too literally.

Hayashi points out that she is using exactly the same textbook that she used before the revamped AP curriculum. She’s just teaching it in a more sophisticated way. And it’s not always easy, she tells her class:

“Do you have to delve into the complexity of both issues? Is that hard? “ she asks.

The future of this curriculum and how students are taught may be decided Thursday night at the district board meeting. A passionate debate is expected.