Halloween celebrations begin early in Colorado. Our ghoulish cultural picks will keep you spooked throughout the month of October.

Co-presented by Denver’s The Bug Theatre and Paper Cat Films, this theatrical presentation of director George Romero’s 1968 zombie flick “Night of the Living Dead” combines film with live performance. Director Kris Hipps has added a new opener and some additional twists and turns to the event, now in its sixth year. The producers encourage audience members to come dressed in their best zombie garb.

This ensemble, specializing in providing live musical accompaniments to silent movies, provides the soundtrack for Alfred Hitchcock’s last silent film, “Blackmail.” In the 1920s thriller, a woman kills a man as an act of self-defense. Her boyfriend, a Scotland Yard detective, is assigned to the case and quickly learns of his girlfriend’s involvement. But the plot thickens when a stranger blackmails the couple.

Fire breathers, glowing cocktails and aerialists are on display at the Fine Arts Center’s second-annual Halloween bash in Colorado Springs. Incorporating themes from the center’s production of “Dracula” and its upcoming light-installation exhibition “Continuance,” the “BloodLux Bash” encourages Coloradans to come decked out as their favorite classic monster or in a costume that glows for dancing, dining and live performances.

“Sherlock Holmes and the Masters of Crime”
Theatre Company of Lafayette
The Mary Miller Theatre, Lafayette
Oct. 31 to Nov. 22

The famed fictitious detective Sherlock Holmes returns for the fourth installment in playwright C.P. Stancich’s series of original Sherlockian productions. This time, Holmes entrusts the help of young private eyes to help him unravel a mystery.

Ridgway’s historic Sherbino Theater is transformed into a dance hall for ghouls and goblins on the night of Halloween as the venue hosts its holiday bash at the “SherBOOno.” The spooky soiree features dancing, a costume contest and a photo booth. 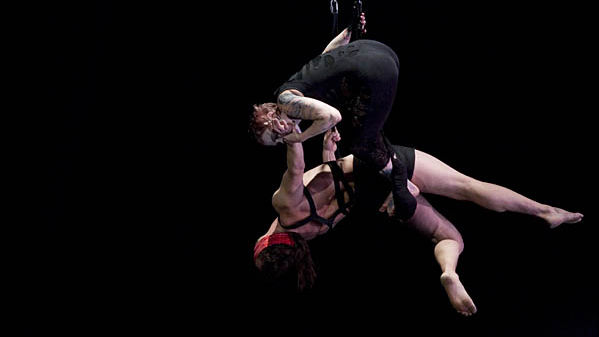 An American journalist travels to Paris for an assignment and meets the intriguing emcee of a vampire theater company in this PG-13 performance. The recipient of two “Best of Boulder” awards, the production blends aerial dance, spectacle, dramatics and music ranging from original compositions by Colorado composer Jesse Manno to the likes of the Rolling Stones and White Stripes frontman, Jack White.

The Littleton brancg of this electic movie theater chain presents horror flicks, a spooky cinematic series and special themed events all month. Among the highlights is a Vampire Brunch with films featuring some of the silver screen's most-famous blood suckers coupled with bloody Mary cocktails.

32nd Avenue in Denver’s northwest neighborhood, the Highlands, temporarily shuts down to make way for a full day of Halloween festivities. From a costume contest and food trucks to piñata stations and live performances, the festival features an array of family-friendly activities.

Victorian authors return from the grave for this theatrical event at the Molly Brown House Museum in Denver. For two weekends, the spirits of literary greats such as Edgar Allen Poe haunt philanthropist and socialite Margaret Brown’s Denver mansion and share their gothic tales with visitors.